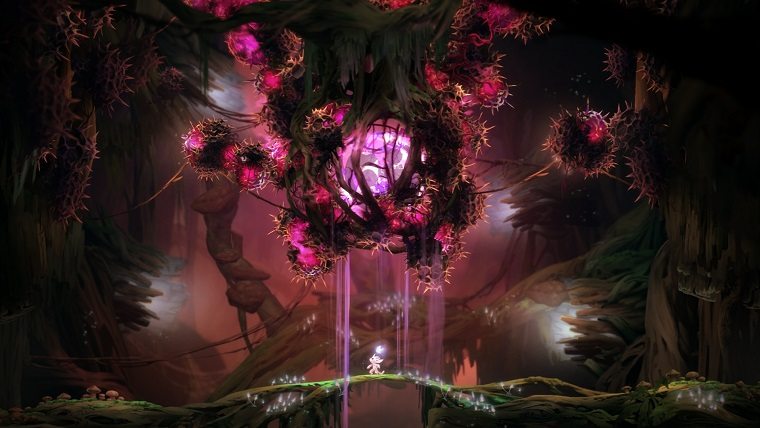 We’ve reviewed Ori & The Blind Forest a couple of times.  The first when it originally launched on the Xbox One last year, and then again when it launched as “The Definitive Edition” on Xbox One earlier this year.  This review will include some commentary on the PC-exclusive features found in the recent Definitive Edition release for Windows 10 as well as some checking to make sure performance isn’t an issue for the game.  However, the features of the game and our overall impressions for Ori & The Blind Forest Definitive Edition can be found below, which were written by Mike Guarino.

First off, Ori isn’t necessarily a graphically intensive title.  It’s not going to tax your PC in ways that a lot of games do.  I reviewed this version of the game playing in the 4K resolution.  The game already has an incredible art design, but with even crisper visuals, the PC version of this game in 4K is beautiful.  It’s worth noting that I did this on a last-generation graphics card in a GTX 780 with an i7 processor.  The game ran incredibly smoothly at this resolution with all the options turned up.  While I’ve already played this game a couple of times now, I already decided that I’ll be heading back in for another go to take a look at the new features, difficulty levels, and environments that I missed by being the one that reviewed the initial release and that’s mainly because it looks so damn good at this higher resolution and at it’s core is a fine platformer.

The other features that are included in this PC release is cross save support with the Xbox One and Windows 10.  While you won’t get the 4K resolution on Xbox One, obviously you can go back and forth if you choose.  That about wraps up my summary of the PC release for the definitive edition of Ori and the Blind Forest. Long story short, it’s pretty great, and perhaps the true definitive edition of this game. If you haven’t played it yet, it’s still, in my opinion, one of the best platformers of the last few years.  You can read our original review here, or Mike’s take on the Xbox One Definitive Edition, below.  Which has all the features of the PC version, minus the support for higher resolution.

Just over a year ago developer Moon Studios released Ori and the Blind forest, unleashing a “metroidvania” platformer unlike any other. The game was loved by just about everyone who played it, with its heart-wrenching story, jaw-dropping visuals and impeccably designed gameplay checking all of the right boxes off. However, late last year we learned that a Definitive Edition was on the way that looked to remedy some of the complaints that people had. Some of the most common complaints were that there was only one difficulty settings and that you couldn’t go back to your save file once you completed the game to get everything you missed. Well, Moon Studios fixed both of those problems in the Definitive Edition, while also throwing in even more content for good measure.

From the very beginning Ori and the Blind Forest sucks you into its world with its Pixar-esque narrative of a forest withering away and a little spirit animal doing everything she can to save it. Ori is accompanied by a sprite named Sein, which allows you to attack the countless enemies that are littered throughout the forest with a mid-ranged attack. Combat itself is pretty basic, as it generally boils down to you mashing the button to send Sein hurling towards your nearest enemies. However, that’s not to say that it isn’t challenging, as enemies pack some serious punch and you can get killed very easily if you’re not careful. In fact, the way that enemies can appear in swarms out of nowhere can prove frustrating at points, as sometimes the game doesn’t give you a whole lot of time to react. Trial and error is still very much what the gameplay is based upon, but there are some tweaks to make it less aggravating this time around.

While the original version of the game had just one difficulty setting, the Definitive Edition now packs four of them. Along with the Normal difficulty featured in the original game, there are now Easy, Hard and One Life modes to accompany it. Of these 3 new modes Easy is definitely the most welcomed, as the Normal mode can be very difficult in its own right. Easy reduces enemy and environment damage taken, while also adding in more checkpoints to some of the notoriously difficult spots. Hard mode does the exact opposite, whereas One Life mode is just what it sounds like and might just be the cruelest mode man ever created.

The two new areas that are featured in the Definitive Edition fit right it in with the other incredible environments in the game and stand toe to toe with them from a design stand point. There is also new narrative bits added to the game that gives you more backstory, which is a fantastic treat for fans. A couple of new abilities called Light Burst and Dash have been added to the skills repertoire, which are nice additions to the gameplay. Dashing is great to have for when you want to get through certain areas more quickly (and speed runners will now live and die by it), but Light Burst gives you a new way to take down enemies as you can aim and fire projectiles at them. Both can also be upgraded via the skill tree, which gives them even more uses as the game goes on.

Ori and the Blind Forest’s world has the design language of any classic metroidvania you can think of, with several interconnecting zones with hidden areas and blocked paths that you’ll only be able to traverse by learning the right ability or finding the right item. Higher areas won’t be reachable until you learn the double or triple jump, switches can’t be pressed until you learn stomp and so on. The game is designed in a way that you’ll regularly come to points where you simply can’t continue at that specific time, but also ensures you keep making progress by opening up new areas at a steady pace. The backtracking that is a result of this type of gameplay is smoothed out nicely by the new fast travel system that the Definitive Edition brings, allowing you to warp between the game’s various Spirit Wells (which were originally just save/heal points) to get around much more quickly.

The unique Soul Link mechanic also returns, which allows you to create check points wherever you want by spending some of your energy. This mechanic is a lifesaver, as even though you can save at the aforementioned Spirit Wells and the game will save automatically at certain points, some sequences are so tough that you’ll not want to do them over again. Thus, Soul Link saves a lot of needless aggravation that lots of the more difficult metroidvania’s typically come packed with, because as long as you’re not near enemies and have some energy (which is pretty abundant) you can save and breathe a sigh of relief. 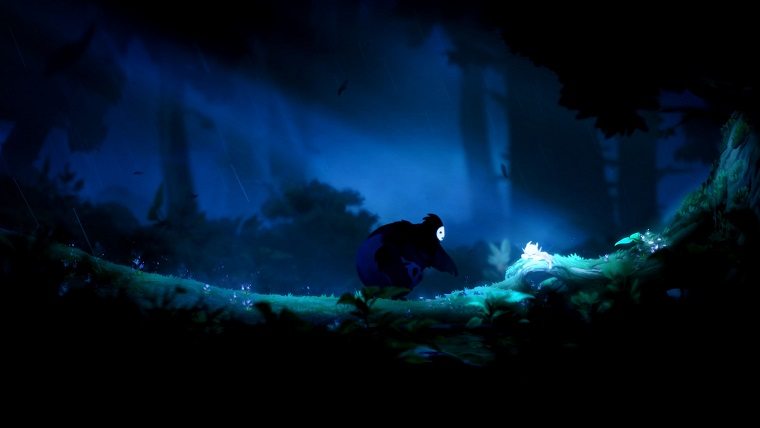 Hardcore fans will also enjoy the expanded Theater mode that is included with the Definitive Edition, as rather than just watching cut-scenes from the game you can now watch behind the scenes footage, promotional videos and concept art. There’s some fascinating things to discover in these extras, as you get to see scrapped gameplay mechanics, early level designs and even get to witness the actual orchestra performing some of the game’s phenomenal score. It’s plain to see from these extras that the development crew put their hearts and souls into this project, which shines a lot more light on the impressive amount of creativity that the men and women at Moon Studios possess.

Moon Studios took the feedback they got from fans for the original version of Ori and the Blind Forest, and with it they addressed just about every issue while also offering a lot more. The game is now more accessible for those who had trouble with it the first time, while also providing more of a challenge for those who were begging for it. While the game may not reinvent the wheel when it comes to metroidvanias, there is no questioning that it nails the genre and the Definitive Edition makes it an even sweeter ride. Whether you’ve never played the game before or are eager to check out what’s new, Ori and the Blind Forest: Definitive Edition is an experience you’ll be sure to love.

Ori and the Blind Forest