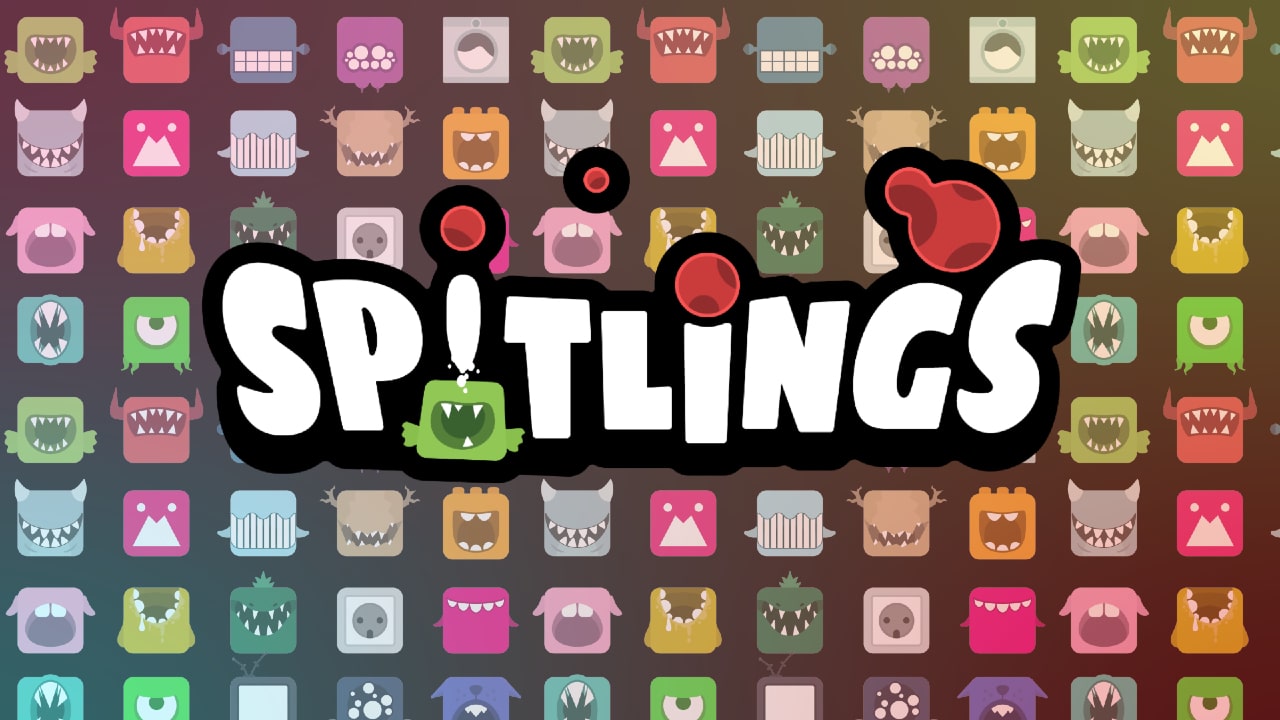 While the video game industry continues to chase photorealistic graphics and ridiculously high budgets, there are a handful of titles that release every now and then that aim to replicate an earlier time in gaming, one where simplicity reigned supreme. The days of local multiplayer and LAN parties are largely gone, but there are still a few standout multiplayer titles that dominate today’s parties and gatherings. Spitlings is the latest in the “yell at your friends” genre of multiplayer games, joining the likes of Overcooked and Lovers in a Dangerous Spacetime as a local co-op favorite. Spitlings may not reach the highs of its contemporaries, but its unique take on cooperative multiplayer makes it a great time with a group of friends.

At its core, Spitlings is a very simple game. There’s goo bouncing all over the screen, and your job is to clean it up. You play as a Spitling, a charming little block that is capable of spitting both upward and downward. If you get touched by the goo, you die and restart the level. It sounds basic, but things quickly ramp up once you get through the first few levels. Large goo bubbles split into multiple when you shoot them, and you have a limited amount of ammo to spit. There are ways to replenish your ammo, but you can’t just spam the spit button and get through levels without thinking. You have to time your shots and hope for the best. 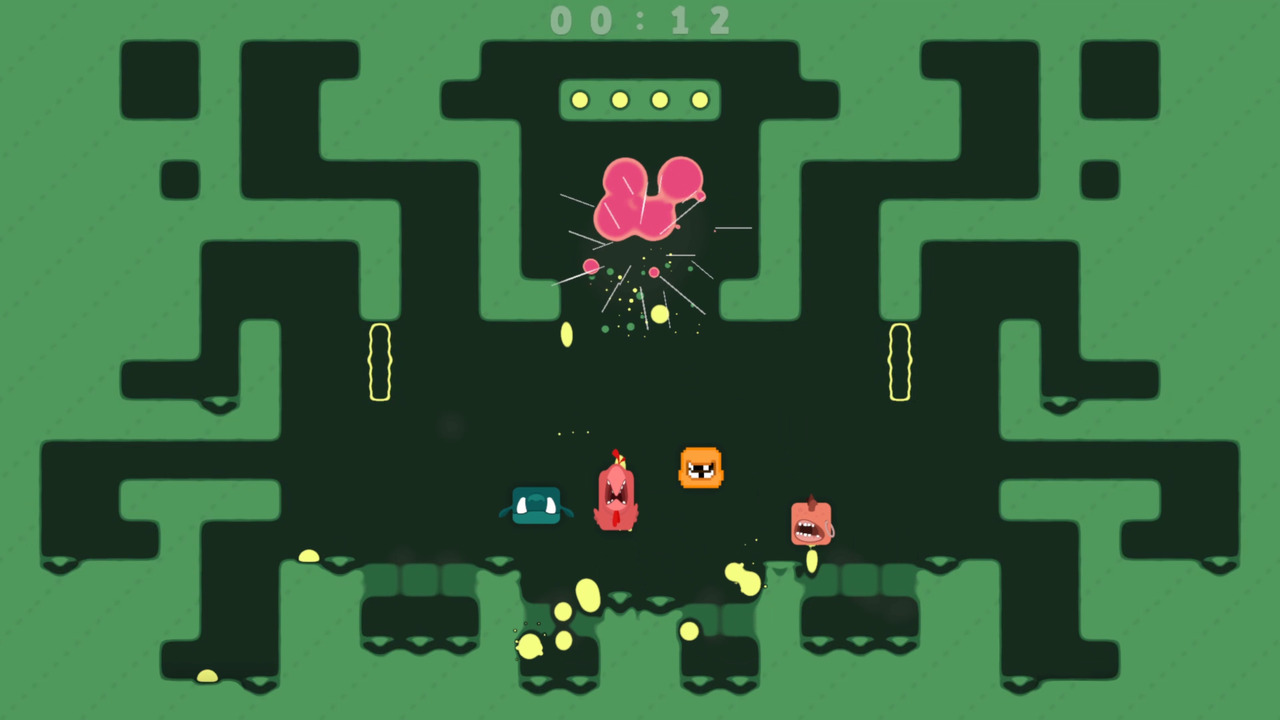 There’s a surprising layer of strategy underneath Spitlings’ cartoony visuals. Spitting is not only your primary attack, but also the game’s primary movement mechanic. Spitting sends your Spitling in the opposite direction, meaning you can spit downward to propel yourself upward and vice versa. This means you have to conserve ammo not just for clearing goo, but also for reaching certain areas of the stage. Most stages are lined with substances that you can swim through as well, granting you a safe space to rest if you have the necessary spit to reach them. On their own, each of these mechanics is relatively straightforward, but combined, they result in a lot of split-second decision making.

While you can play the entirety of Spitlings on your own, it’s a multiplayer game through and through. You can play both the party mode and story campaign with a group of four either locally or online (although local is the preferred option). Playing with friends is enjoyable enough, but Spitlings’ most brilliant decision lies within its co-op implementation. If one player dies, the entire group restarts. This transforms co-op sessions into frantic chaos where screams and laughter fill the room. Accusations and blames will run rampant, and you’ll wonder just how much of a cooperative effort Spitlings really is when your friends sometimes block your shots or die at the last second before completing a level. Like any good party game, there’s a lot of yelling involved with Spitlings. 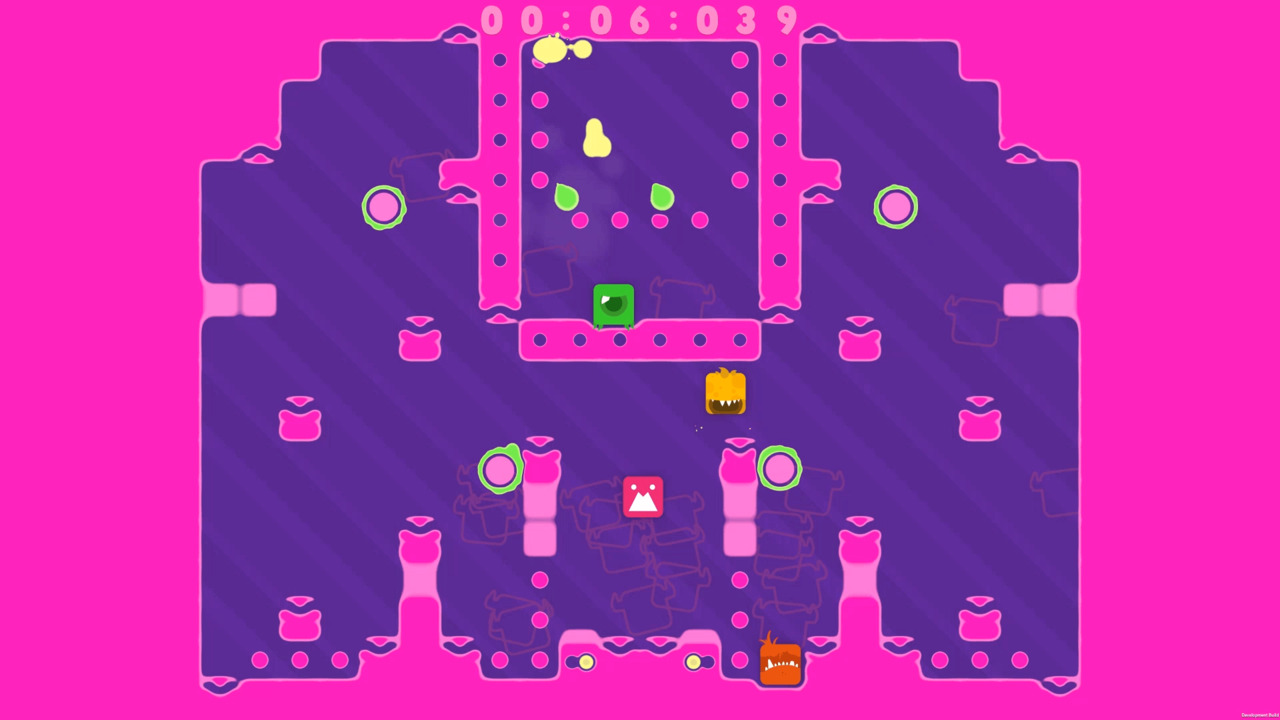 Unfortunately, Spitlings’ simplicity is also its greatest flaw. The game boasts over 100 levels with an equally sized roster of unlockable Spitlings to match, but there’s just not enough to encourage gameplay variety to justify that amount of content. I started to grow tired of clearing goo just after an hour, and by that point I was nowhere near finished with the game’s story mode. Unlocking new Spitlings and swappable background color palates weren’t enough to keep me engaged. The story mode does feature comic book cutscenes that are charming at first, but they’re not exactly a driving force that will keep you playing the campaign.

Party mode fares a bit better when it comes to variety, but even that falls flat after a while. Designed to be played with friends, party mode trims the fat and lets you quickly jump straight into levels. The main draw of this mode are the many modifiers that are available. These spice up the experience in interesting ways, but like most things in Spitlings, their novelty quickly wears out. Some of them are better than others – I really liked the one that kills you if you run out of spit – but even the best of the party mode modifiers are not compelling enough to warrant getting a group of friends together for a game night. 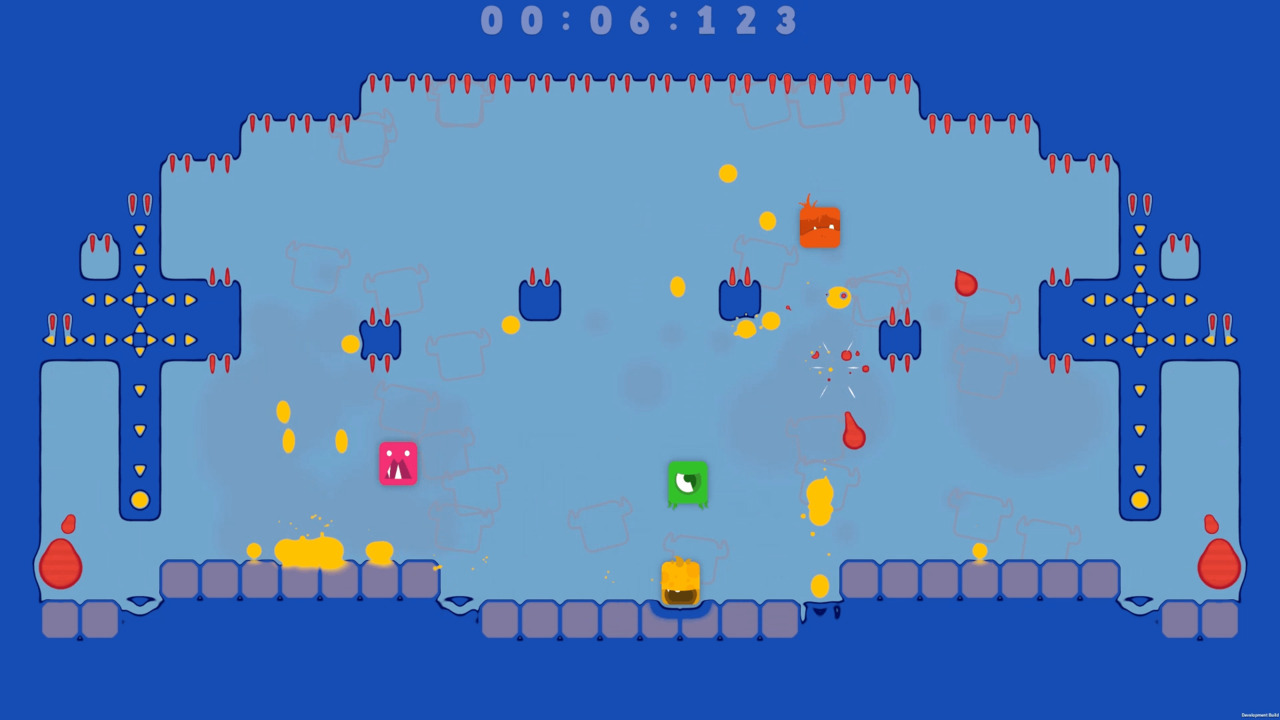 While Spitlings is fun for a while in multiplayer, the solo experience is bland and tiresome. You can play the whole game by yourself, but there’s little reason to try unless you really want to collect all of the Spitlings or see all of the comic cutscenes. Some of the later levels in story mode can feel like legitimately challenging puzzles, but the process of reaching that point is a slog. Spitlings really can’t be faulted for this as it is a multiplayer party game first and foremost, but the game absolutely needs more than one player to shine.

There’s a lot of content in Spitlings, but the core concept doesn’t do enough to carry the experience for more than a few hours. As always with games like these, the more players the merrier, but even with a full team of four, you’ll probably end up switching to another party game before long. Still, Spitlings’ arcade action is great for an evening of fun. The bright colors, simple controls, and straightforward premise make it an easy game to pick up and play for just about anyone, and its unique spin on co-op is sure to get your group of friends laughing and yelling. Just don’t expect Spitlings to cement itself in your main rotation of party games.