Avoiding the IRS turns into an adorable adventure At first glance, Turnip Boy Commits Tax Evasion sounds like an accountant’s dream game. The game’s name conjures up thoughts of completing income taxes and then submitting them on time to the IRS. Fortunately for many, the game has no actual numbers involved yet follows a tiny and adorable vegetable on a 2D pixel action adventure.

Turnip Boy Commits Tax Evasion stars Turnip Boy, a small vegetable thrown out of his greenhouse home by Mayor Onion. Turnip Boy has failed to pay any property taxes, but the Onion is willing to help the young vegetable out. If Turnip Boy manages to complete a series of tasks for the Mayor, he might keep his home. Gameplay is pretty simple. Turnip Boy begins with a sword and then progresses through different tools. The enemies start easy, such as snails that bounce back and forth, to big boss battles that take some strategy to complete. The game’s keybindings are set to using the arrow keys instead of a traditional WASD layout but can be changed in the Options. Yet, the attacks were frustrating. Players have to ensure Turnip Boy is facing the direction he must attack, then press the action button (defaulted to X), or else he’ll hit down instead of up. The game contains full controller support, which is highly suggested if you decide to pick up the game. 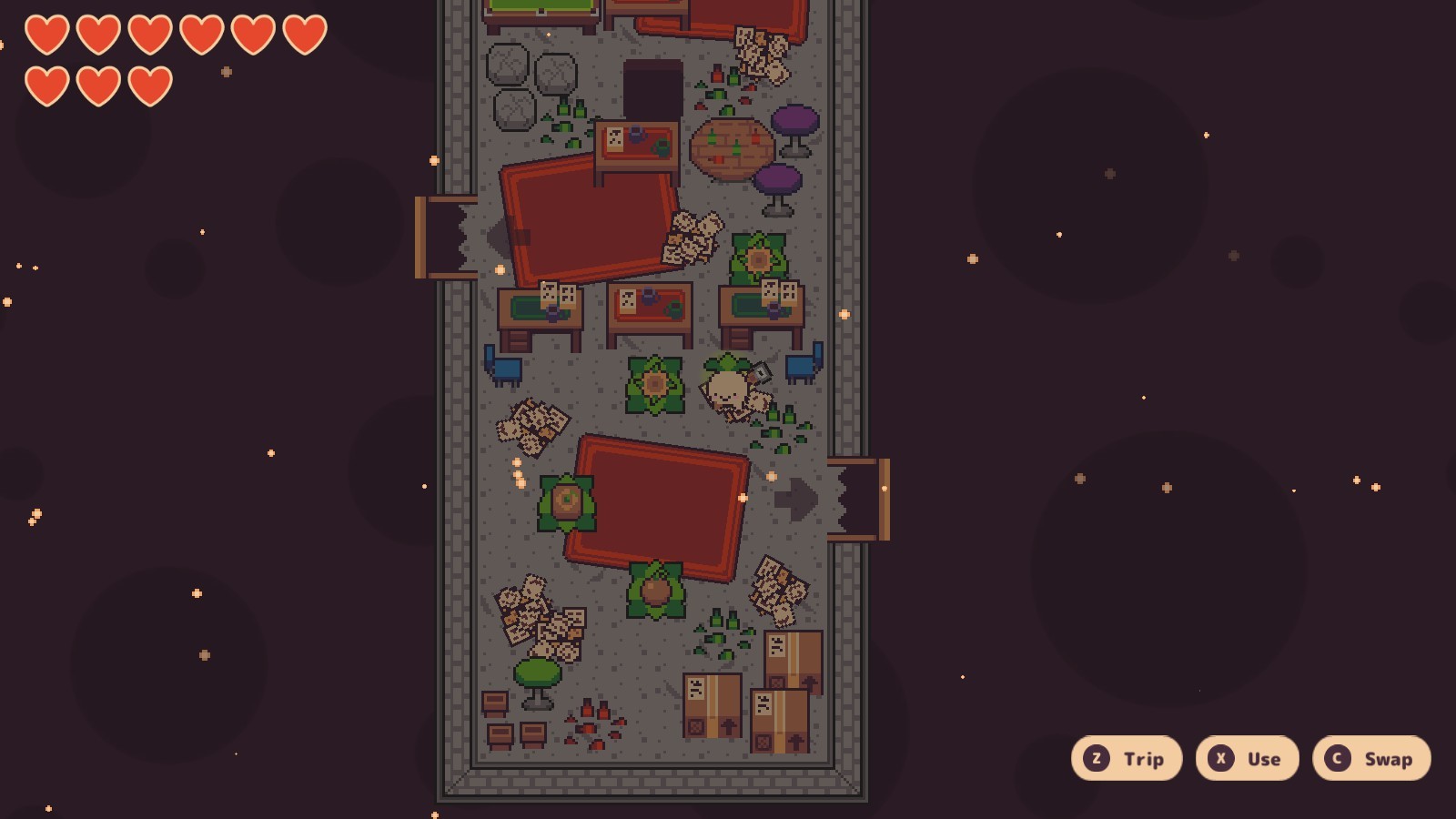 The puzzles are quite easy at first but quickly ramp up in difficulty towards the last 75% of the game. Players will have to combine various tools and environmental items, such as growing melons to use as bridges and bombs to blow through boarded-up entrances. While easy to complete, they contain many moving parts that need quick action.

There are only a few dungeons in the game, but they all share the same formula. Enter, solve puzzles, talk to NPCs, fight enemies, then fight a really big boss. If Turnip Boy leaves and returns to a room, enemies instantly regenerate until the dungeon is complete. Each dungeon will lead Turnip Boy to uncover a special item to help him through the next, so players shouldn’t feel discouraged if they can’t get through a certain area at first.

The developer states in the options menu that the game was meant to be accessible to most players. However, there are three additional attack boosts available for Turnip Boy or a “God Mode” option. Once these options are used, a little green vine appears on the screen’s right hand as a visual indication the user is using a boost. Within the options are where speedrunners can turn on a counter to monitor their progress. 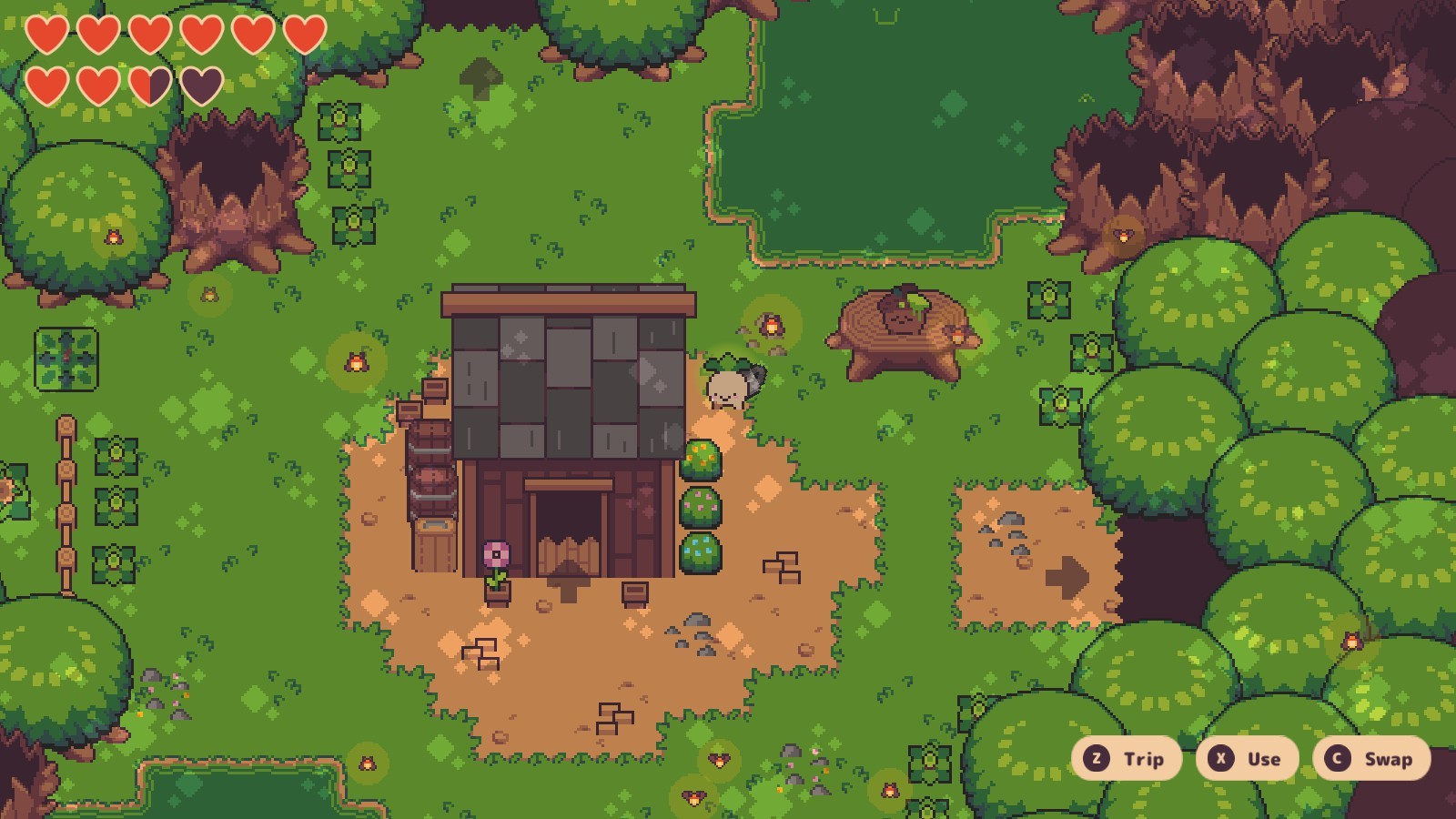 The game is fairly short and can be completed in less than 2 hours. Most of this is not because of the dungeons but due to the backtracking. Turnip Boy Commits Tax Evasion has a large amount of backtracking that it feels frustrating. Players may be asked to fetch an item from a dungeon, then return it several times. One side fetch quest has players going through two dungeons multiple times to complete. The fetch quests are not only for Mayor Onion but for every other vegetable.

The fetch quests are not mandatory, but they are helpful in unlocking various items. They may include the yellow heart plants that increase health or hats. Hats are cosmetic only in the game and make Turnip Boy look cute, but that’s it.

After completing the game, an additional area will unlock for some additional end-game content. However, the premise is basically the same. Turnip Boy has to return through past dungeons or other areas, find an item, and then return it to the new quest giver. There is no fast travel in Turnip Boy’s world, and he has to walk back through multiple map screens to achieve his goal. 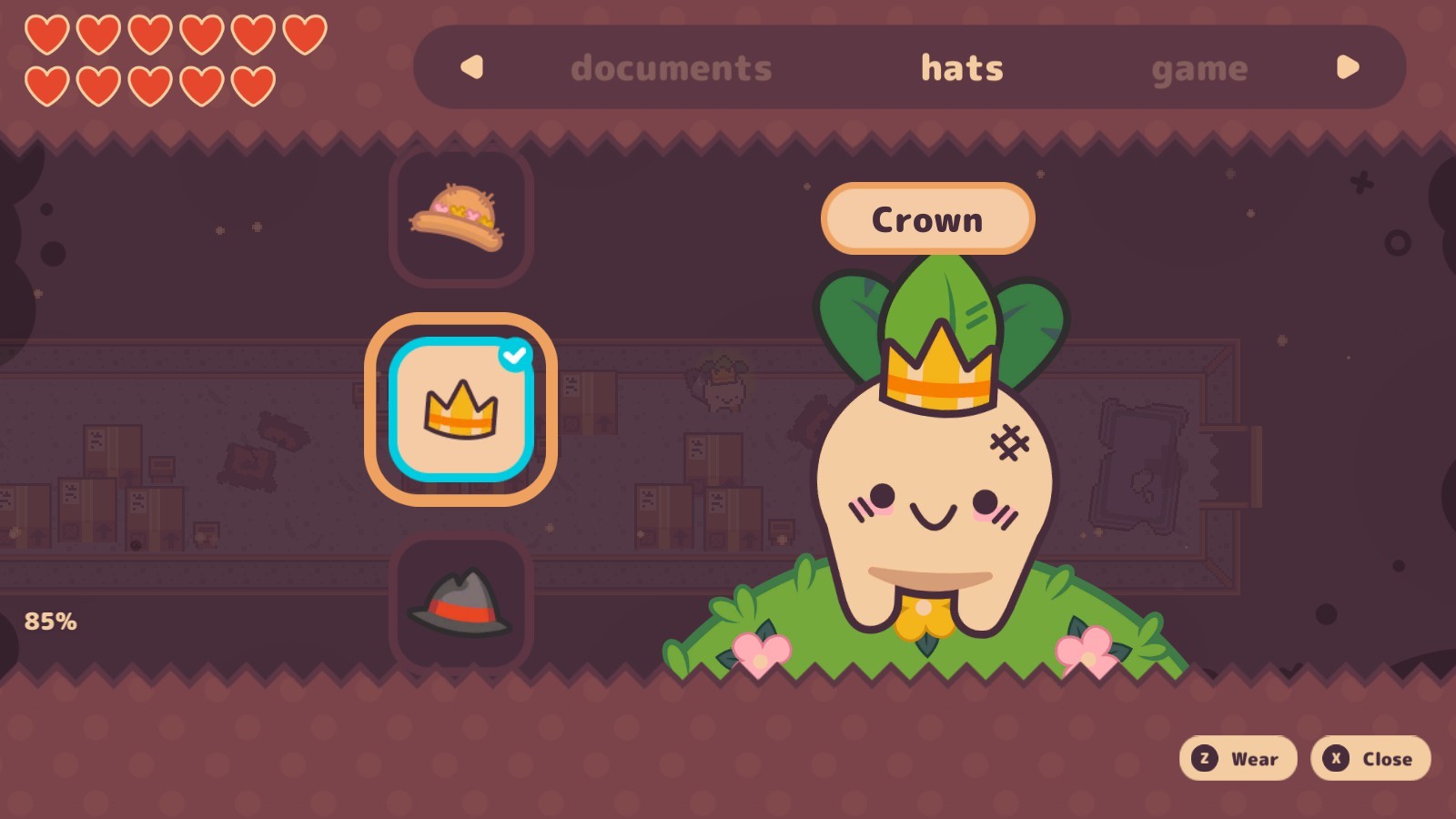 The game’s title implies that tax shenanigans may be involved, but it was the smallest part of the plot. The game begins with kicking Turnip Boy from his greenhouse but meanders into different directions. It felt like the developer had a bigger story they wanted to tell, but it was spread out through books, signs, and papers that Turnip Boy quickly ripped up.

While the actual gameplay and plot leave more to be desired, the art style and music stand out. The graphics combine 2D pixels with short boss fight cutscenes with high-quality artwork. Turnip Boy, the protagonist, may be one of the cutest characters in the game, especially when paired with one of the many unlockable hats. The relaxing music by James and Ryan of Flowerblvck is also quite fitting for the game. The soundtrack changes quite a bit from the quiet villages, abandoned homes, and irradiated forests. 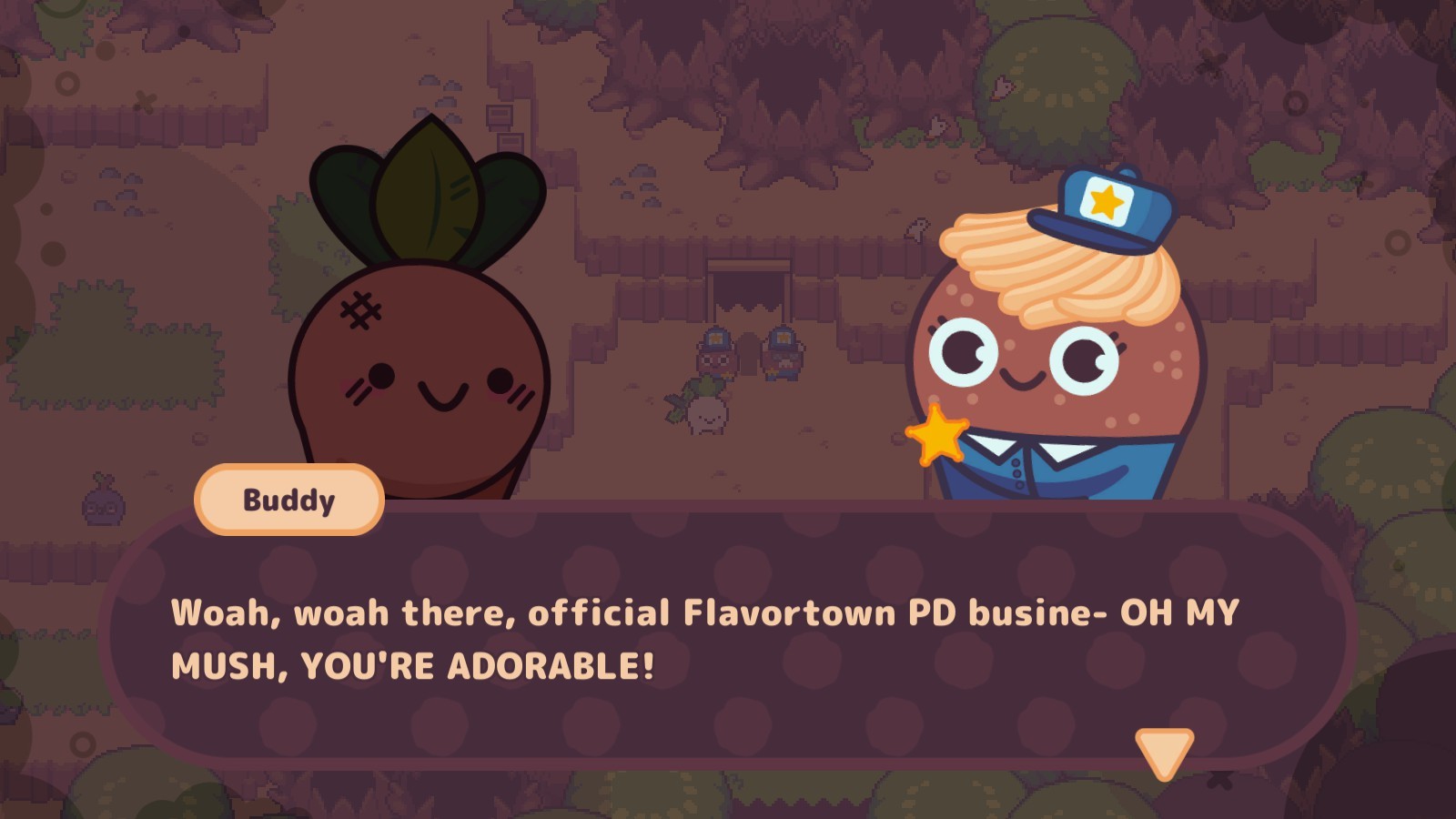 The characters of the game are also unique and amusing. There are some internet and pop culture references throughout, which may be annoying or cringe-worthy for some, but brighten up the world. Unfortunately, some of these references may become dated over time, but they’re so spread out that it will be hard to notice.

Unlike other action games, NPCs have more than one thing to say most of the time. Some will change their script upon completing a dungeon or completing their fetch quests. These small changes do a lot to motivate players to complete these numerous quests to see how the residents will react. Some of the characters also do amusing things, such as give Turnip Boy non-hat items but will tear up anything on paper.

Turnip Boy Commits Tax Evasion is a short action game that lacks replayability, but it provides an adorable experience in a unique package. The keyboard controls are not recommended, but fortunately, the game has controller support.

Turnip Boy Commits Tax Evasion is an adorable 2D Pixel Action-Adventure game with a unique premise, whimsical music, and amusing characters. The puzzles are simple enough for most players to easily complete, but the gameplay itself ramps up in intensity quickly. Some of the internet culture references might feel cringy, but backtracking is the game’s overall issue. Turnip Boy Commits Tax Evasion is a very cute, short game with no tax knowledge required.