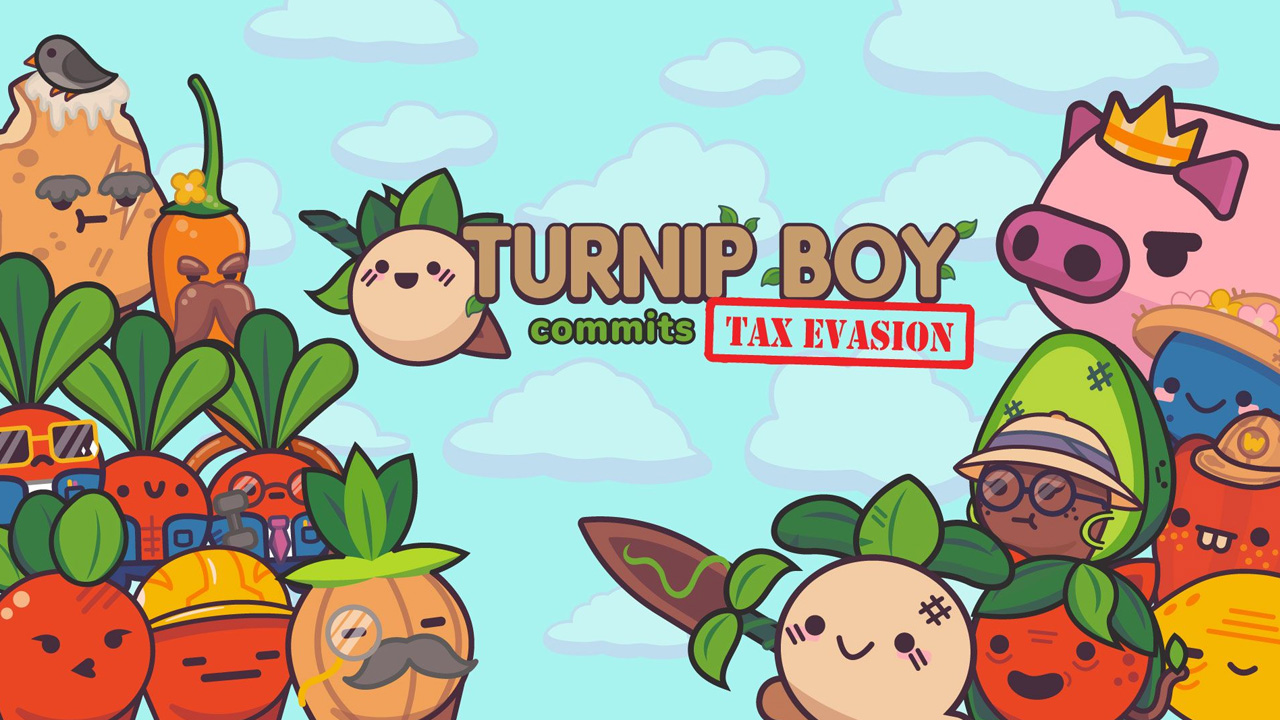 Graffiti Games and Snoozy Kazoo previously announced Turnip Boy Commits Tax Evasion in 2020. The game was planned to launch on PC this year but has now announced the Nintendo Switch release will launch simultaneously.

Turnip Boy Commits Tax Evasion stars a cute turnip boy who unfortunately owes a massive debt to Mayor Onion. Turnip Boy has failed to pay his taxes and was evicted from his home. Upset by the government and tax system, Turnip goes on a quest to uncover the truth behind what’s ruining his lovable garden community.

Turnip Boy’s primary goal will be to rip up various tax documents and erase his paper trail. In doing so, the adorable protagonist could finally destroy the garden government for food. The game contains multiple endings, all depending on how Turnip Boy chooses to commit tax evasion.

Gameplay consists of using various garden tools to solve puzzles, growing and harvesting plants, and fighting to survive in dungeons full of enemies, giant bosses, and discovering rare treasures. Along the way, Turnip Boy will meet various food-themed characters who also have their fair share of problems.

Players have side goals to accomplish for additional fun. Turnip Boy can earn various hats and alternate between them.

The developer has announced that the game has full controller support. Both PlayStation and Xbox controllers will be compatible with the Steam release.

The game will launch on both Steam and the Nintendo Switch later this month with a 20% launch discount. Players can add the game to their Wishlist now on Steam, but it’s not available yet in the Switch eShop.