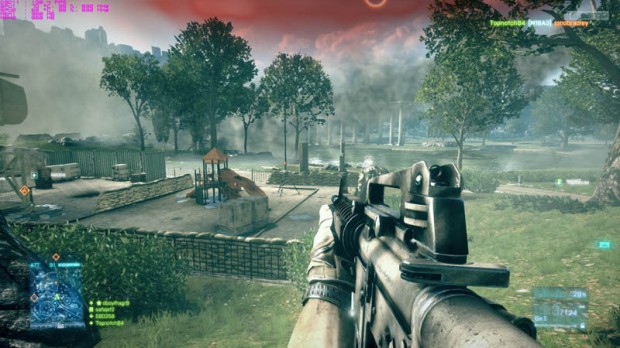 The Battlefield 3 Multiplayer Beta is getting set to get underway, but those that had early access to the game have decided to post screenshots from Operation Metro map, and the game interface. Taken from the PC version, the beta is looking as polished as we’ve seen so far, with many of the graphics touches that hammer home the realism.

Of course, we’ll all be able to see for ourselves in the next few days with the Battlefield 3 beta beginning to roll out today, to Medal of Honor LE purchasers, and then to everyone on the 29th.

The full release comes at the end of next month, when Battlefield 3 launches on October 25th for the Xbox 360, PC, and PS3.  It was also recently announced that PlayStation 3 gamers would get access to DLC for the game one week ahead of other platforms.