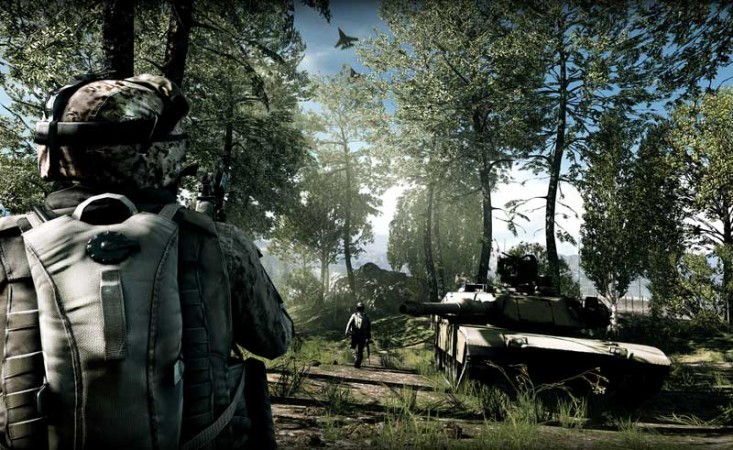 Here are a few new Battlefield 3 screenshots to ponder.  One incredible looking image was taken from the Caspian Border map, which was revealed at Gamescom.  The others appear to be captures from the Battlefield 3 Alpha Test from earlier in the summer, in the Operation Metro subway cars.

Battlefield 3 is just over a month away from release, but still no official word on when the beta will kick off.

Golden ticket holders that held on to their Medal Honor access will get first priority to the beta which was rumored to be starting on the 27th of September.  Battlefield 3 launches on October 25th for Xbox 360, PS3, and PC.