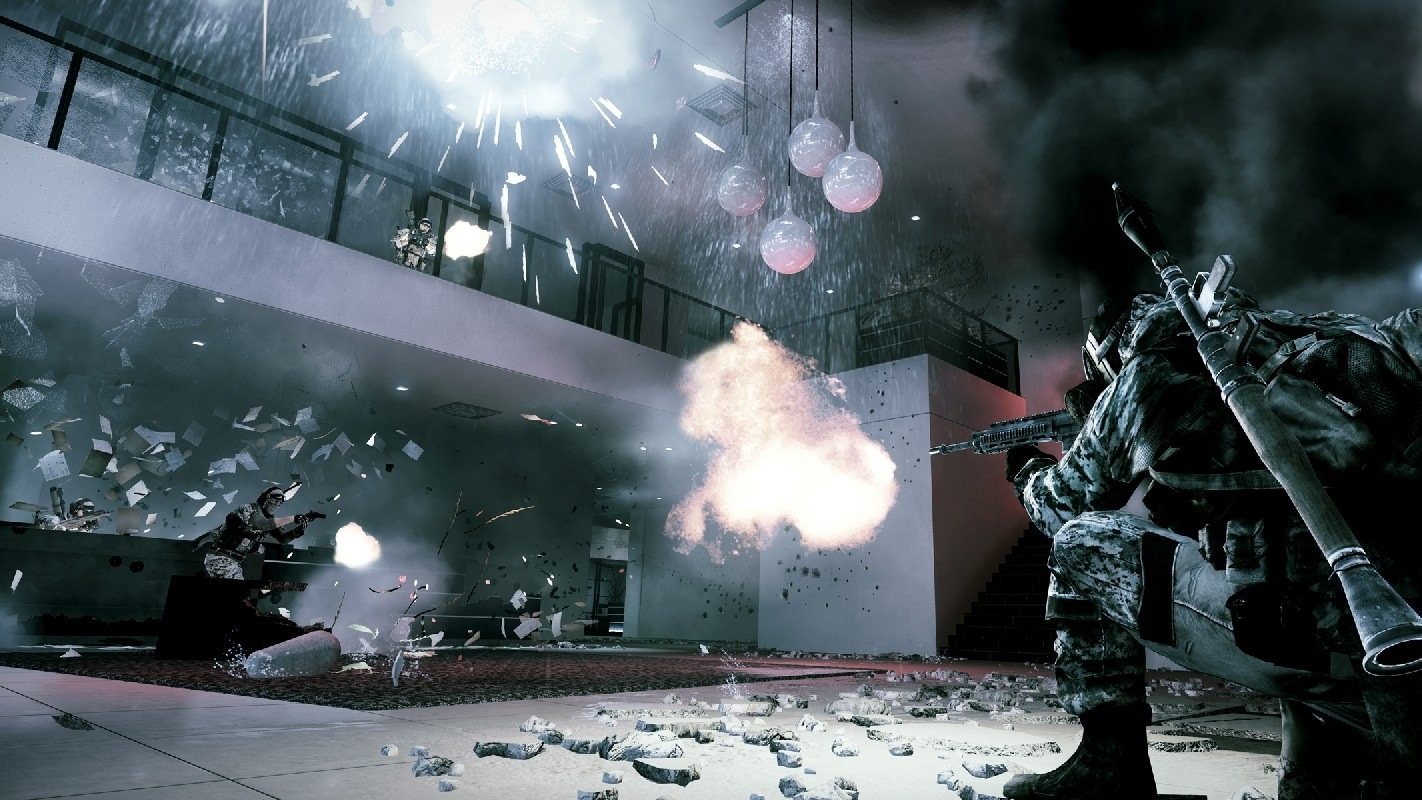 DICE has released a handful of new screenshots for the upcoming Battlefield 3 “Close Quarters” expansion. As you can tell, the combat isn’t only tightly focused on smaller areas, but DICE has also put a great deal of effort into the detructible environments in the small levels.

If you saw the trailer yesterday, you surely agree that irrespective of what you might think about CQB in Battlefield 3, the combination of destruction and smaller areas definitely leads to chaos.

Here are the first official screenshots of the Battlefield 3 Close Quarters DLC, which is due out in June.