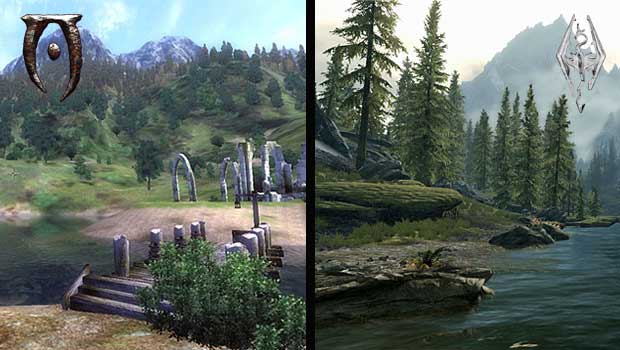 One of the biggest highlights of all of the Elder Scrolls V: Skyrim news that has come from Bethesda since the game was announced back in December, was that there would be a new engine running the show.  Fans of Elder Scrolls and fans of Bethesda in general nearly threw a fit of joy when this new engine was announced.  Even more so when the first of Skyrim’s scenic vistas was shown for the first time.

But how does what we’ve seen of Skyrim thus far, stand up to Bethesda’s last Elder Scrolls game: Oblivion? Well, Game Dynamo put together a nice image gallery showcasing the two games side by side in comparable situations.  The results speak for themselves.  It looks like we’re in for a treat come November when Elder Scrolls V: Skyrim launches for Xbox 360, PC, and PS3.