A new trailer was reportedly accidentally posted on Bethesda’s YouTube Channel for the next Fallout: New Vegas DLC titled “Honest Hearts”.  So how did Duck & Cover hear about it before Bethesda removed the trailer from their page? Who knows, but an official trailer may be heading our way soon from Bethesda, however no announcements have been made at this time. 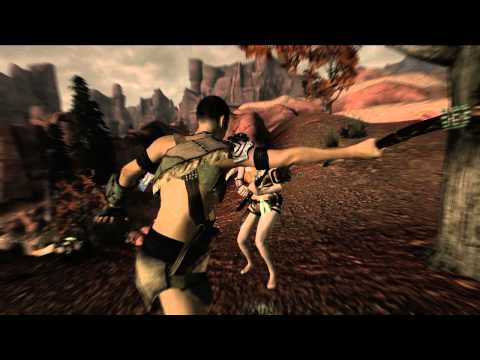 We’re expecting more DLC incoming for Fallout New Vegas.  Two new map packs were leaked when Play.tm announced that they were expecting “Honest Hearts” and “Old Bones” in March.  Being that it is April, this rumor was obviously untrue.

So whether or not this “Honest Hearts” leak is the real deal has yet to be confirmed.  I guess we’ll see in the coming days or weeks if Bethesda does indeed have any official announcements to make.

The rumored DLC is expected (by fans) to hit the PS3, Xbox 360, and PC at an unspecified date in near or far future..noone knows.