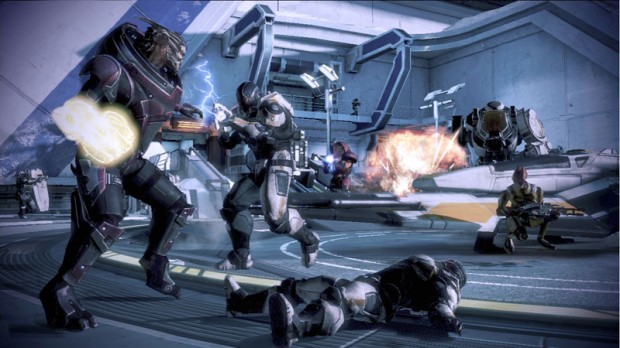 New screenshots for Mass Effect 3 have been released this morning.  Recently announced, Mass Effect 3 will feature a cooperative multiplayer feature in the upcoming RPG.  Bioware who detailed the new features in the “Galaxies at War”  mode.

Players will be able to impact the “Galactic Readiness Level”  which will have some impact on the single player experience in Mass Effect 3.

The game which recently saw a delay to incorporate multiple features, is scheduled for release in March of 2012 on the PlayStation 3, Xbox 360, and PC.