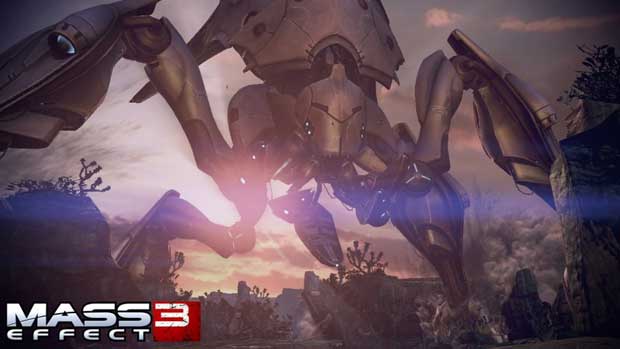 It looks like Bioware not only looked to Final Fantasy for inspiration for their upcoming game, but they’ve also found that Japanese history was a good place to look for exciting content in their upcoming RPG, Mass Effect 3.  If quick, you should be able to flip this bad boy on his back for massive damage, if historical accounts are correct.

In Mass Effect 3, the Earth is burning. Striking from beyond known space, a race of terrifying machines have begun their destruction of the human race (above). As Commander Shepard, an Alliance Marine, your only hope for saving mankind is to rally the civilizations of the galaxy and launch one final mission to take back the Earth.

EA has released a handful of new screenshots for the game, which can be found below.