Metro Last Light is beautiful, here are the screens that prove it 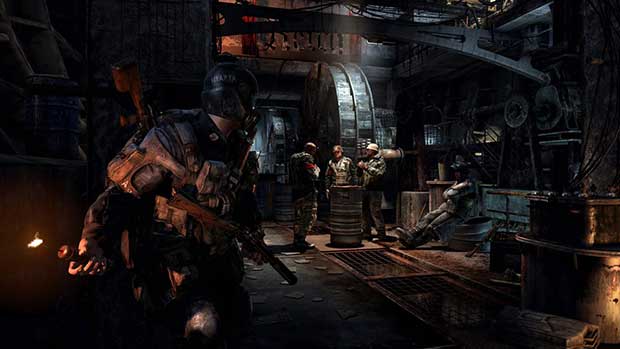 Metro Last Light is the sequel to one of 2010’s best looking shooters, from the upstart developers at 4A Games. Utilizing a proprietary engine dubbed the 4A Engine, they’ve proved with Metro 2033 they can make a damn good looking game.

It looks like Metro Last Light will be no different. The latest batch of screenshots for Metro: Last Light showcase the dreadful beauty to be found in the upcoming shooter, one that focuses on life of survivors living underground in the Russian Metro station.

While mutants stalk the survivors, they’ve grouped into factions who also fight amongst each other for a powerful doomsday device that has the power to wipe all life from the earth, forever.

Metro: Last Light is scheduled for a March 2013 release on the Xbox 360, PC, and this time PlayStation 3 players will get a crack at the shooter.

Home / Game News / Metro Last Light is beautiful, here are the screens that prove it