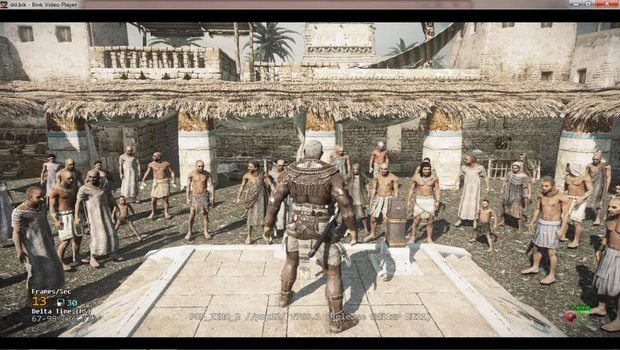 The Prince of Persia franchise has been inactive since 2010’s The Forgotten Sands, leaving many gamers to speculate whether or not Ubisoft had decided to abandon the series altogether. The debate will undoubtedly be renewed following what appears to be a leaked screenshot, posted by a user on the Ubisoft forums,  labeled “POP_ZERO_2” and said to be taken from a new entry in the Prince of Persia series.

The above image displays a dark-skinned, muscular warrior standing atop a raised platform and addressing a small crowd gathered around him. In the lower left corner, it can be seen that the screenshot was taken from an early prototype as it was captured running at just 13 FPS.

Back in 2010, ex-Ubisoft art director Jonathan Jacques-Belletête revealed to CVG that a Prince of Persia installment titled, “Prince of Persia Zero”, had been cancelled. The leaked screenshot which reads “POP_ZERO_2” could imply that a new entry with elements taken from that canned project is now in the works.