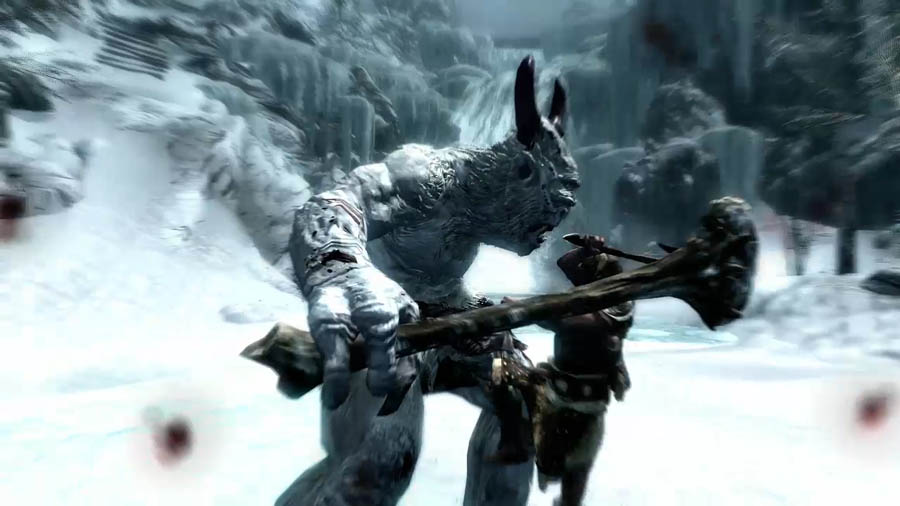 Bethesda just recently released the reveal trailer for the Dawnguard expansion that’ll arrive on Xbox 360 this summer.  In case you had somewhat of a problem following along, we went ahead and broke it down for you in stills.  Demons..check.  Horse Combat…Check.  Crossbows…Check.  Dragons Crashing through ice…check.

The Dawnguard Expansion for Elder Scrolls V: Skyrim will arrive on Xbox Live first, for 1600 MSP.  The first expansion is alleged to be of significant size, according to game director Todd Howard of Bethesda Game Studios.

You’ll find the rest below.