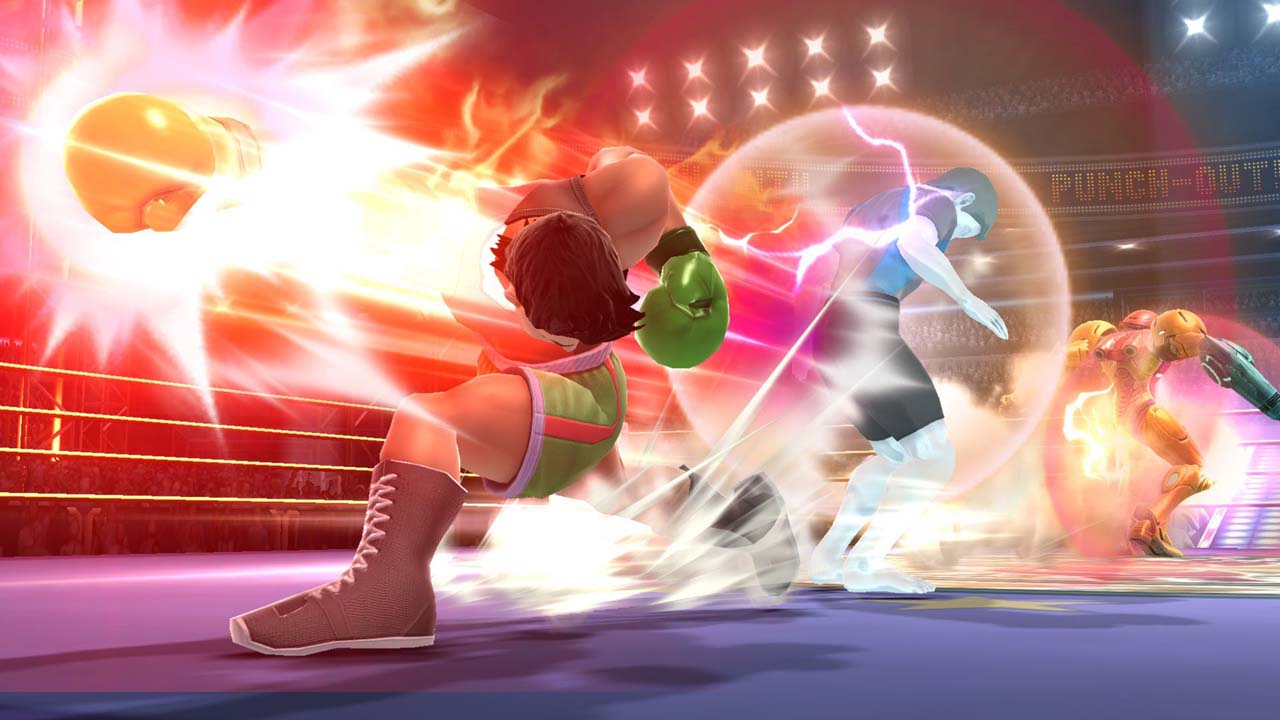 Nintendo has been steadily surprising fans with possible character updates for Super Smash Bros on the Wii U and 3DS, and it looks like we’ll be getting updates all the way up to the release of the games.

Recent reveals from Nintendo suggest that Lucina from Fire Emblem and Captain Falcon of the F-Zero series will be making their way to the brawler this year.  A recent screenshot (via Silicon Era) update from Nintendo shows off Captain Falcon in action, as well as plenty of Little Mac ferociously taking out all challengers.

But there are still quite a few characters floating around as rumors.  These include Rayman, Ness from Earthbound, Mr Game & Watch, Ice Climbers, Meta Knight, and quite a few others that may or may not make their way to the game.