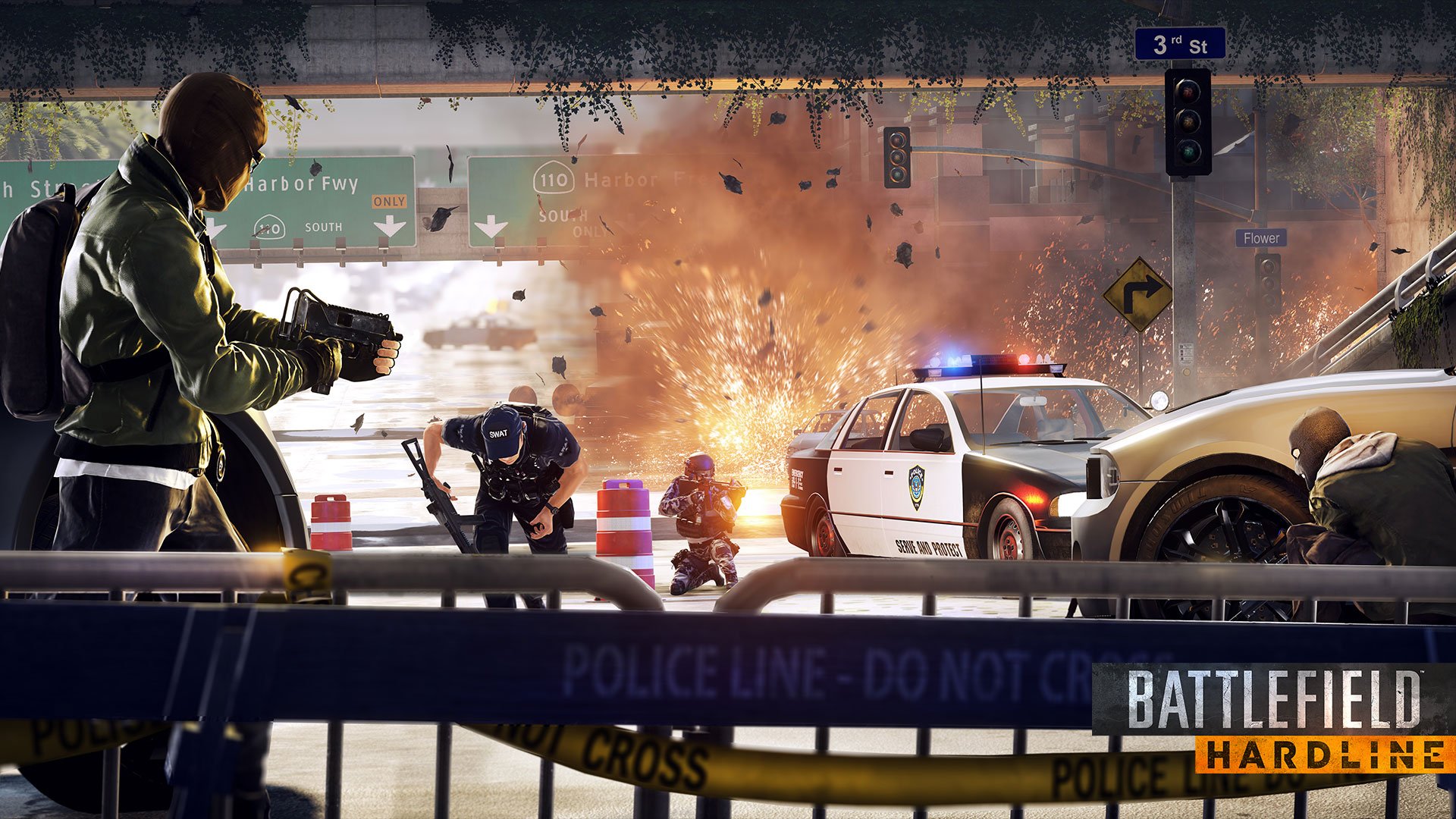 Battlefield: Hardline has showcased a fair amount of content thus far and the early alpha even showcased a few but this is our first time seeing the classic Conquest mode in Hardline.

Previously during the alpha, Battlefield: Hardline showcased Heist and Blood Money. During the Gamescom conference today they even showed off the singleplayer mode as well as revealed two new multiplayer modes Hotwire and Rescue which is what they are calling Conquest in Hardline. Fans have been wondering about the classic Conquest and given the video below, it looks like it is back, sort of.

The video below is the same video used for Rescue during the press conference is now labeled as Conquest on their Youtube. As fans know the point of conquest was to hold points and reduce the enemy ticket counter (lives) until they reach zero or the time expires while holding the points/flags as they are utilized as spawns. However, it seems that instead you will be holding onto hostages? It is a bit confusing and we will reach out for comment but until then, this is what EA has labeled as Conquest footage.

Battlefield: Hardline is set to release on Playstation 4, Xbox One, PC, Playstation 3, and Xbox 360 early 2015.