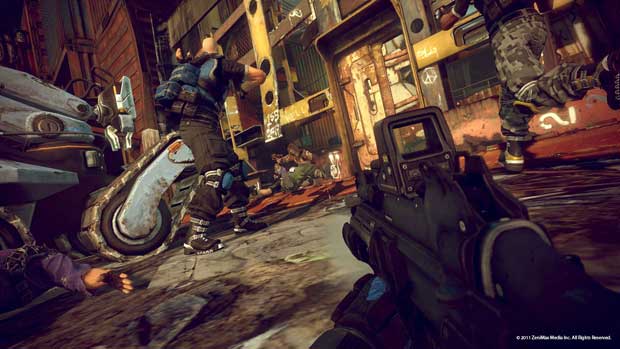 Bethesda & Splash Damage will release Brink in just a few days time, and on May 10th everyone will get to create their character, pick a side, and do battle on the Ark.  This first person shooter is a bit different than others that you might be used to in a few respects.  It melds together some of the greatest concepts in first person gameplay from some of the best games of this generation.

Brink is a very team oriented shooter that requires constant cooperation with your teammates to complete objectives to progress in matches or in the game’s single player element. Focused less on Kill Death Ratios, and more on accomplishing the tasks at hand you may need to brush up on some of the finer points of team based gameplay to get ready for the launch of Brink.  Bethesda issued the following videos to introduce you to character selection, creation, basics of the game, and other pertinent details to get you up to speed.

If you’re considering getting Brink early next week we suggest that you watch the videos to prepare.  There’s also a handful of screenshots below to get a look at the colorful stylings of the world of Brink.