Explore the History of Asura’s Wrath 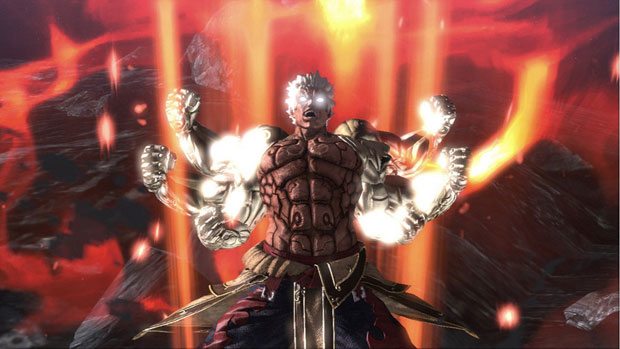 Long ago in the realm of Shinkoku, eight deities known as “The Eight Guardian Generals” battled to protect civilization from a destructive force known only as Gohma. Asura was one of the most prominent of this group. During the victory celebration, the Emperor of Shinkoku was assassinated in a sinister plot and the blame was placed on Asura. In the middle of the commotion, Asura’s wife was also murdered and his daughter kidnapped.

With even his brother-in-law and rival Yasha turning against him, Asura was banished from Shinkoku.

Awoken by a voice after 12,000 years, Asura vows revenge on all those who have betrayed him.