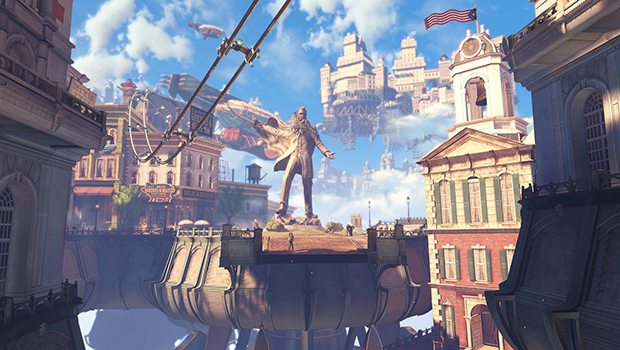 When Irrational Games announced that Bioshock Infinite would be delayed into 2013, the developer also proceeded to go silent on details surrounding the game.

This weekend Irrational Games released a new trailer for Bioshock Infinite called “Beast of America”, and a handful of new screenshots for the title.

While some have postulated that Infinite may be seeing development troubles, the new media doesn’t look that much different than what had been shown all the way back at E3 2011. Bioshock Infinite is scheduled for a late February release on the Xbox 360, PlayStation 3, and PC.