The latest news in the world of video games at Attack of the Fanboy
December 20th, 2010 by William Schwartz 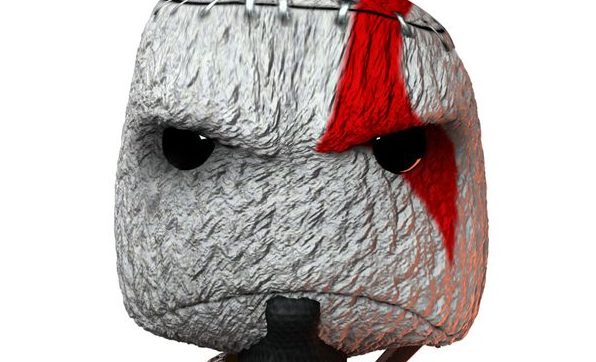 If you had any doubts that Little Big Planet 2 wasn’t going to be filled with tons of both developer and community made awesomeness, here’s your confirmation that you are indeed gravely mistaken.  One Little Big Planet 2 beta player took upon himself and the tools afforded him to recreate not only a Capcom style fighting game called Sony vs. Marvel vs. Capcom, but also a recreation of Resident Evil’s Umbrella Mansion.   In what can only be described as OMG sweet!, POLLOIZARRARAZ43 shows off his Kratos Sackboy fighter and his butt kicking abilities. Check out the special moves, and the wide array of characters to choose from in this Sackboy duel to the death.

LittleBigPlanet 2 is a puzzle-platforming game for PlayStation 3 with new built-in functionality allowing players to create advanced content, including full-fledged games of all sorts, which can be shared with others within the LittleBigPlanet online network. The third game in the LittleBigPlanet franchise, the toolset within LittleBigPlanet 2 provides players with the ability to easily change the mapping of objects in-game, add abilities and non-player AI characters, create cutscenes, link levels and more. Additional features include backwards compatibility with content created with the original LittleBigPlanet game, a 50 level deep Story Mode and all new platforming gadgets.

Little Big Planet 2 is scheduled to release on January 18th, 2011. for the Sony PlayStation 3