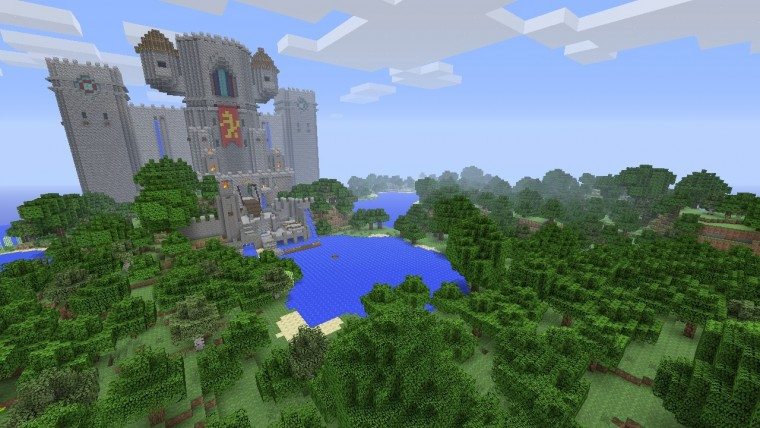 Mojang serves up a taste of what to expect when Minecraft finally arrives on the Xbox 360 on May 9th.  The 360 version definitely has its advantages, as you can see from the trailer.  Two and four player split-screen could make Minecraft a popular couch favorite, but better yet, you can play with up to eight friends on Xbox Live.

Minecraft is the immensely popular PC title that thrusts you into a world with only your hands, what you build from there is up to you.  Gather materials, craft tools and other items to help you defend yourself from a host of zombies, spiders, and Creepers! that are determined to make your home, not so homely.

Minecraft is part of the Arcade Next promotion that is currently underway on the Xbox Live Arcade, it’s due to arrive on May 9th.