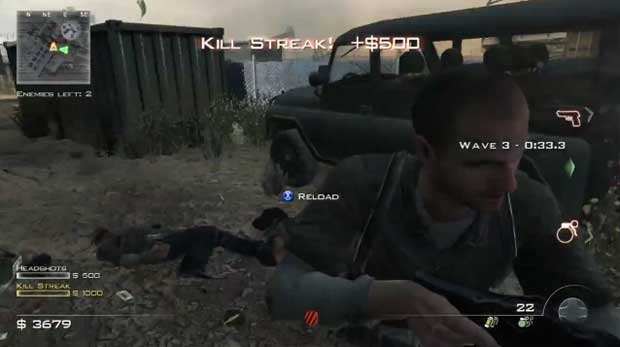 Here’s the first official trailer for Modern Warfare 3’s new Spec Ops mode.  The addition to the Modern Warfare franchise is an interesting twist on a now familiar game mode.  In Modern Warfare 3’s Spec Ops Survival Mode you will fight off waves of increasingly difficult enemies as you earn XP and unlock several types of armories to expand your arsenal and load-out customizations along the way.  You’ll be earning these new upgrades and missions as you gain XP and increase your level throughout the survival experience.

You’ll also get the opportunity to complete specific survival mode challenges alongside a complete learderboard ranking system where you can compete among your friends for the top spot.