Need For Speed: The Run is a Game 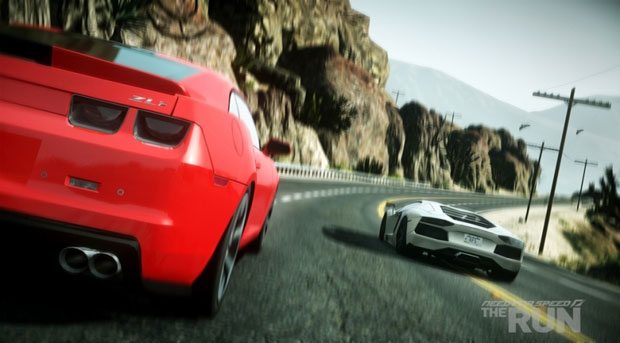 Recent leaks suggested that EA has another Need For Speed title coming down the pipeline in the near future. Today, those leaks were confirmed when EA officially announced Need For Speed: The Run. Currently in development at Black Box Studios, this next branch of the Need For Speed franchise will release on PlayStation 3, Xbox 360, and Wii this November 15th.

The game is set to utilize the DICE’s Frostbite Engine 2 and will be taking a different approach than the recently released Shift 2 Unleashed and NFS Hot Pursuit.

The hottest blockbuster this holiday is a game that takes players on a heart-pounding cross-country race from San Francisco to New York. Launching on November 15, Need for Speed The Run lures players into an underground world of illicit, high-stakes racing. The heat is on – and it isn’t just the fuzz who are after you. Entering the race is just the beginning as you blow across borders, weave through dense urban traffic, rocket down icy mountain passes and navigate narrow canyons at breakneck speeds. Powered by DICE’s state-of-the-art Frostbite ™ 2 engine, Need for Speed The Run takes the action racing genre to new heights with stunning visuals and car physics that hug the road even at top speeds all built around a gripping storyline.

The trailer for the game was simultaneously released with the press release from EA, and you can check that out below.

Home / Game News / Need For Speed: The Run is a Game