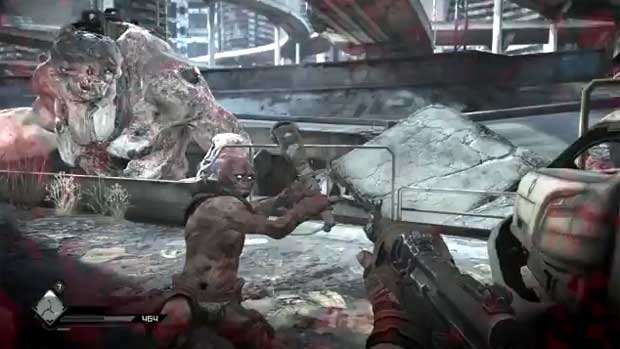 A new video has been released for id Software’s RAGE showing off gameplay from a mission titled “Dead City”. Aside from the jaw dropping visuals of the game, “Dead City” has you on a mission to secure a defibrillator…sound simple right?   That is until this giant with a tentacle arm and a tire strapped to his back shows up to impede your progress.

The game is looking great so far with the trailer showing off some really impressive lighting effects and environments .  Expect much more to come from RAGE, as the trailer notes the next mission titled “Shrouded” should be on it’s way in the near future.  RAGE is in development from id Software, the pioneers of the first person shooter (DOOM, QUAKE, Wolfenstein), and releases in North America on September 13th (September 16th in Europe).