Rage is “The Best Thing id Software Has Ever Done” 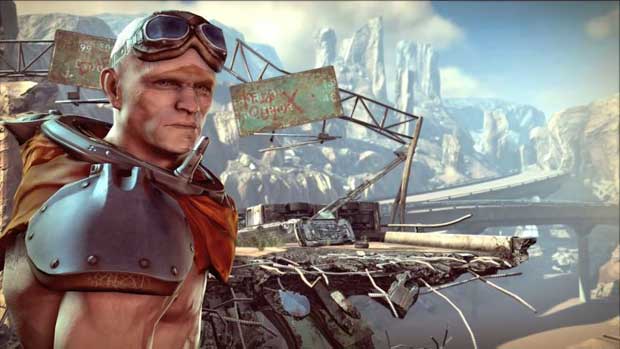 It’s been almost two decades ago now that id Software, generally considered to be the forefathers of the FPS genre, created Wolfenstein 3D, a game that would forever change and shape the way the industry would progress. Just 18 months later, id released Doom which would set new standards for graphics quality as well as engaging gameplay. Now, in 2011, Rage hopes to be the company’s next masterpiece in a storied history of revolutionary FPS titles. It looks as if the game could quite easily live up to the hype, as the developers themselves are claiming that Rage is “the best thing id has ever done.”

President of id Software Todd Hollenshead backs up the opinion of his co-workers by stating that Rage is a culmination of all the progress and growth that the company has made through the years: “Rage is an opportunity to take all the cool stuff we’ve lerarned over the years in building those game and apply it in a completely new setting.”

What’s powering Rage and making it look so damn good in all those demos you’ve been watching? That would be the company’s new software, titled “id Tech 5”, which is essentially a mega texture technology giving the developers the ability to tweak each and every pixel. What that means for you, the player, is that you don’t have to worry about ever seeing a repetitive environment. Every inch of Rage‘s desolate landscapes and underground tunnels have been created so that they are unique and exclusive.

John Carmack, Technical Director and Co-Founder is confident that when Rage releases in October it’ll not only become an id classic right up there with the likes of Wolfenstein and Doom, it’ll be the single best-looking game on consoles.

We are arguably the best looking game on consoles today and the point is we are running at 2x the frame rate of what other people might argue as the best looking console game. So this has allowed us to have a distinctive visual style, fabulous, top-of-the-line graphics, and still run at 60 frames per second and have a better gamplay experience not just a better looking game.