Capcom has taken the wraps off of Street Fighter x Tekken following the Captivate Event that was recently held in Miami.  Basically Street Fighter x Tekken is a an fighting game fan’s wet dream.  Something you sit around and say, “wouldn’t it be cool if “, will soon become a reality.  The fighter will be the ultimate tag team match up featuring all of the iconic characters from each franchise. 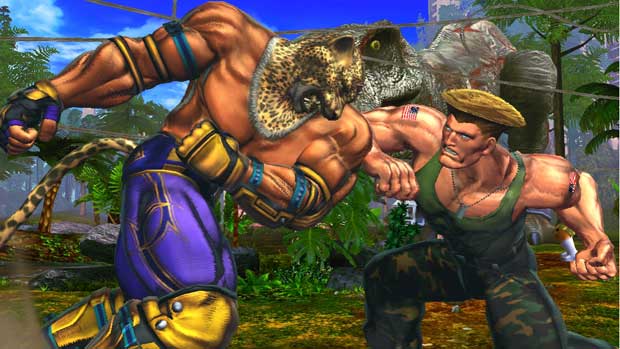 Built around the fighting engine from Street Fighter IV, will allow you to play character matchups that have never before been possible.  Guile vs. King,  Ryu vs. Kazuya, there’s sure to be some awesomeness involved here.  The game also features a real-time tag battle feature which allows teams of two to switch strategically during a fight.  It also appears that alot of love has been put into the controls for the game, striking a balance for fans of either franchise.  The game will also feature a robust set of online modes as well with all of the features from SSIV and some added “surprises”.