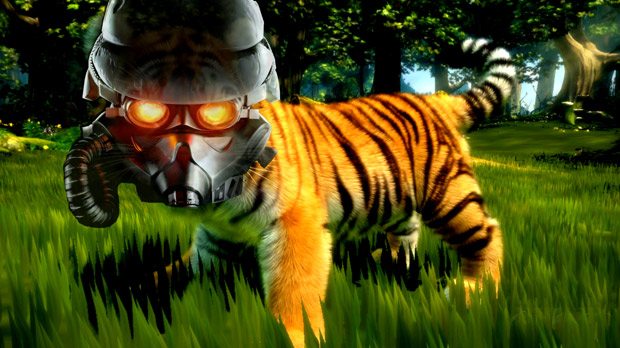 The console exclusive; the feather in the cap of many a die-hard fanboy.  For a long time console exclusives have been a carrot used to lure gamers into buying one piece of hardware over another.  The theory being: for those with limited cash, and hardware being equal, you buy the console with the best lineup of games, meet some online friends, and stick with that console.  But with today’s wealth of quality games, is the console exclusive becoming a dying breed?  I would argue that the importance for core console exclusives is become more limited, at the moment.  Still, Microsoft is set to focus on exclusives aimed at expanding the casual market, while Sony is pushing out a large, and strong line of ‘core’ exclusives in 2011.  Which approach is better?

Exclusives are key for establishing a new console:

When a new console comes out it is a huge risk for both the parent company, and game developers.  Every console has to start from ground zero and build up a user base and gaming library.  It is in this key time that the console exclusive is the most important.  You want gamers to pick your system, and you need games that will make them choose your console over the competition.  For example, few can argue the importance of Halo 3 or Gears of War in the early years of the 360.

Console-selling exclusives come at a cost however.  The disadvantage of developing a game for a new system is that the cost is high.  There is a new architecture, and a small initial user base for sales (balanced somewhat by a lack of competition).  Thus it makes a lot of sense that subsidized exclusives would be common in the early years of the console to beef up game catalogue offerings.  Early Move and Kinect titles were a perfect example of the need to develop exclusives, because if there were only 2 or 3 games at release no one would would have bought those peripherals.  Once a system becomes more established with a larger user base, it becomes easier to get developers to create new games.

Why console exclusives are not as important later in a console life cycle:

Currently both the 360 and PS3 have a strong user base with console sales around 50 million units each.  At this point most core gamers that really want a console, have one.  People have already made their buying decisions, and not much will change that.    If Uncharted 2 did not win over a 360 fanboy last year, it probably won’t when Uncharted 3 comes out.  Same goes for Gears 3 and PS3 fans.  As such, an exclusive here or there wont make much of a difference to the average established gamer.

Some people still live and die by their exclusives (mainly fanboys), but I find that I care less and less about console exclusives.  Some of my favorite games of late have been multiplatform, and these days multiplatform games are looking pretty comparable on the 360 and PS3.  In addition, when I look at all the great games that are coming out in 2011, I just don’t know where I will find the time (or money) to play them all.  Crysis 2, L.A. Noire, Rage, Skyrim, Battlefield 3, Mass Effect 3, Dragon Age 2, Brink, Portal 2, Duke Nukem, Homefront, Batman: Arkham City, and more: all multiplatform games, and all looking to be solid offerings.  Add that to the fact that about 40% of the games I own are yet to be finished or even started (including gems like Starcraft II, Battlefield BC2, Call of Duty: Black Ops, Left For Dead, The Orange Box, Knights of the Old Republic) and I just don’t really care about exclusives that much these days..and I don’t have to. 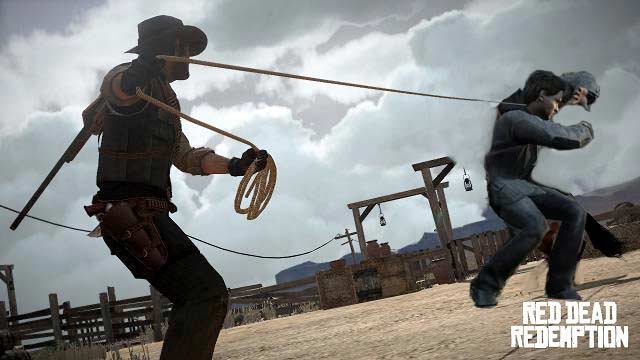 The future of exclusives this generation:

The 360 has been taking a lot of heat this year for a pretty slim (although quality) lineup of exclusives including Gears 3, Forza 4, and XCOM (which has had no news for some time now…I smell a delay).  The thing is, Microsoft does have more exclusives than ever, but they are aimed at growing the casual market and Kinect.  In my opinion, this is not a bad strategy.  At this point in the life of the 360, its core userbase is pretty stable.  If a core gamer wanted a 360, they would have it by now.  Plus, they will have their hands plenty full this year with a wealth of high quality AAA titles (see list above).  So why should MS spend big bucks to release/secure multiple exclusives when there is no real need?  We all know what happened to Alan Wake last year when it was released opposite of Red Dead Redemption (see —–> Sales Disaster).

Sony obviously did not read my memo, because they are going full steam ahead with their core exclusive lineup: about one high quality exclusive for every month if all goes according to plan.  In the long run, I think this is a good idea.  To me this sends core PS3 gamers a strong message: “Thank You, we are here for you, and we want to give you more.”  It might even get a few 360 users to spend more time on the PS3.  The risk is that exclusives cost Sony money, and with the strength of multiplatform titles this year, it will be hard for Sony to get enough sales to break even on the cost outlay.  Big hitters like Killzone 3 and Little Big Planet 2 have hardly burned up the sales charts.  There’s no doubt that Bulletstorm ate into Killzone 3’s sales in the launch window.  The competition will only heat up as the year goes on and the real heavy hitting multiplatform titles drop.  Can you imagine the financial damage that a holiday timed exclusive would entail going up against the likes of Batman Arkham City, Modern Warfare 3, or Battlefield 3 this Fall?  Talk about setting yourself up to fail.

So which strategy will win in the end?  The 360 with its focus on exclusives for the casual market, or Sony with its strong line of core exclusive titles.  It’s a tough call, but I suspect this race will be neck and neck right up to the finish.  My theory however, is that Microsoft is holding back on the core 360 exclusives in 2011 so that it will have a killer line of must-have exclusives for the next generation Xbox (which I predict will launch in the Fall of 2012).