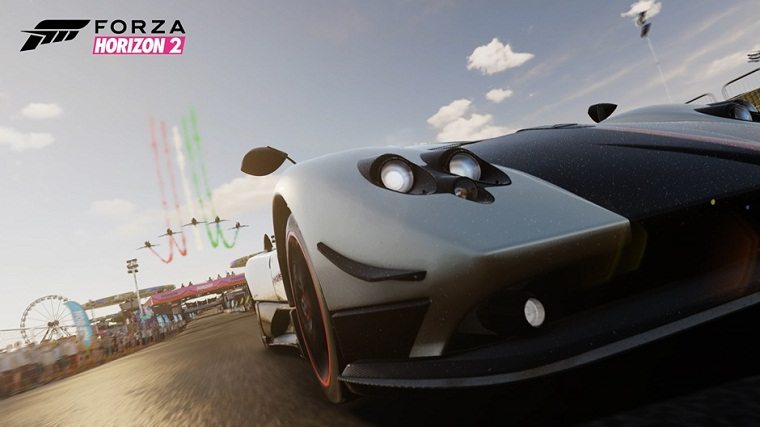 The full soundtrack for Forza Horizon 2 has been revealed. There are 150 music songs in the entire game.

The 150 tracks in Forza Horizon 2 have been broken up in to 7 different radio stations. Rob Da Bank from BBC Radio was responsible for choosing all of the songs for the game. The soundtrack has a range of “rock and pop, to the latest dance and electronic music” as mentioned by Xbox Wire.

Forza Horizon 2 has twice the number of songs that were featured in the original game. Music fans will be happy to know the songs are indie tracks so you won’t hear the usual commercial stuff you normally hear.

Check out the full soundtrack for Forza Horizon 2 below:

The festival’s coolest selection of laidback pop, summery nu-disco and electronica – perfect for cruising with the roof down as the sun sets.

From house to electro and techno, Horizon Bass Arena plays the biggest dancefloor anthems of the year all night long.

London’s undisputed kings of drum & bass bring all of their top artists to Horizon for the very first time.

The LA-based indie label bring their diverse roster of artists, and some brand new, unreleased music to the Horizon stage.

“Better Days To Come” by Andreya Triana
“True Skool (feat. Roots Manuva)” by Coldcut
“Spinnaker” by John Matthias
“Friday Fish Fry” by Kelis
“After Dawn” by Letherette
“Champion Nibble” by Mr Scruff
“Wannamama” by Pop Levi
“Krunk Guide” by Roots Manuva
“Rick Rubin (Radio Version)” by Spank Rock
“We Can Make It Out (Yppah Remix)” by Spokes
“Can You Seen Straight” by The Death Set
“How You Like Me Now” by The Heavy
“Wings” by The Invisible
“Renegade” by The Qemists
“Take It Back” by Toddla T
“That Girl” by Two Fingers
“F.I. (Instrumental Mix)” by Wiley
“Again With Subtitles” by Yppah
“Luxelife” by Kid A
“Sun Models (feat. Madelyn Grant)” by ODESZA

A local radio station based in Tuscany, Radio Levante has been playing classical music to a small, and dwindling, audience for more than forty years.