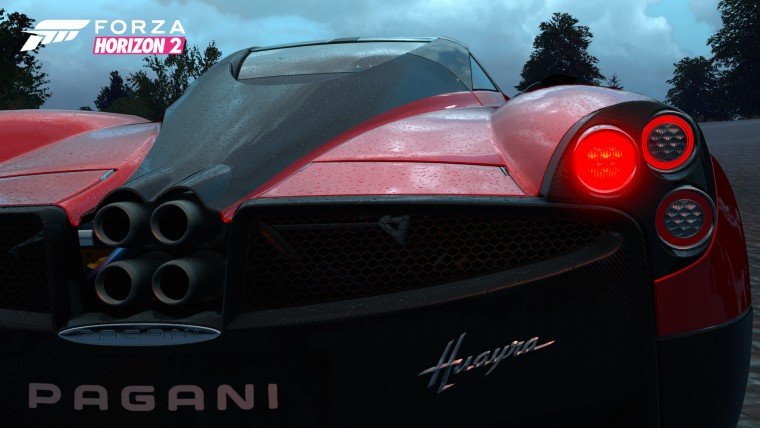 The official ESRB rating for Forza Horizon 2 has been detailed. There is a lot of interesting things that will be featured in the game.

Forza Horizon 2 has received an “E for Everyone rating”, although there are some mild themes that some conservative parents will have to be aware of. The content descriptor is that the game has “Mild Lyrics, Mild Suggestive Themes, Mild Violence”. Nothing too serious the rest of us will have to worry about.

The rating summary for Forza Horizon 2 is the interesting part. It gives us more detail on some of the game modes that will appear. It also features an opening cutscene that will show girls in revealing bikinis and some suggestive dialogue. Some songs in the game also have some questionable lyrics.

Read the full ratings summary below:

“This is a racing simulation game in which players compete with real-world cars at the fictional Horizon Festival in Southern Europe. Players can race in various modes (e.g., Circuit, Point-to-Point, Street) to earn skill/experience points and unlock new customizable cars. Opening cutscenes contain brief images of women wearing revealing outfits (e.g., bikini tops, short-shorts), including depictions close-up or with panned camera angles. In-game dialogue is sometimes suggestive: “Oh, girls, girls, girls. Behave yourselves now – come on!” “[I’m] hearing some scandalous stories . . . Come on, send me photos.” During the course of the game, car-tag modes depict car collisions and include text/voice-overs such as “If you wanna become the king, you need to hit that driver with your car,” “Wreckage,” and “You’re infected, crash into the survivors!” Accompanying song lyrics contain references to alcohol (e.g., “He had a still . . . his tumbler filled with gin”), suggestive behavior (e.g., “I wish I could love you down right now on the kitchen floor”), violence (e.g., “But if you want me to kill you, I would kill you”), and the word “damn.”

It’s also worth mentioning only the Xbox One version of Forza Horizon 2 has been rated by the ESRB. It’s possible the Xbox 360 version won’t have all the same features as it’s going to be a different game.