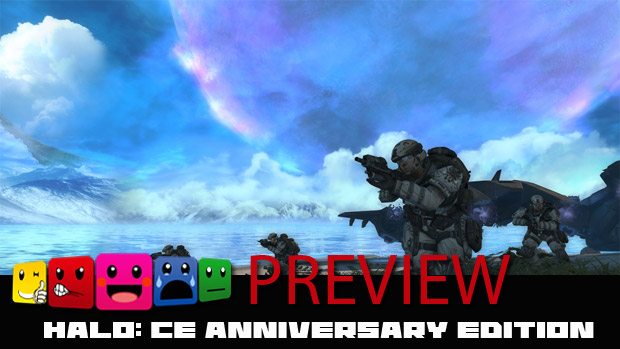 Microsoft’s Xbox Brand owes alot of its success to the Halo franchise.  10 years ago, when Microsoft launched the Halo franchise alongside its new hardware it was hard to imagine that Halo: Combat Evolved would become the cultural phenomenon that it turned into, and spawn four more iterations of the title with more on the way.  This fall, Microsoft is set to release Halo: Combat Evolved Anniversary Edition.  Which features a completely remastered campaign, cooperative play via Xbox Live, historic fan favorite multiplayer maps, as well as a new story to uncover along the way.

In the last 10 years, gaming has evolved quite a bit, jumping from the standard definition era, to the HD and 3D game worlds that we now enjoy.  Of the biggest upgrades to Halo: Combat Evolved in its anniversary form is the remastering, bringing it up to par with current generation standards in both audio and video fidelity.   If you are sucker for nostalgia you’ll also be given the ability to play the game in a “classic” version to relive the campaign how you remember it.

When Halo: Combat Evolved was initially released, Xbox Live was still in production, console gamers weren’t accostumed to the cooperative campaigns that we take for granted.  It was done the old fashioned way, locally.  This time around, online cooperative will be a feature that comes packed with the anniversary edition.  So for the first time, you can experience the fight against the Covenant and Flood with friends from across Xbox Live. 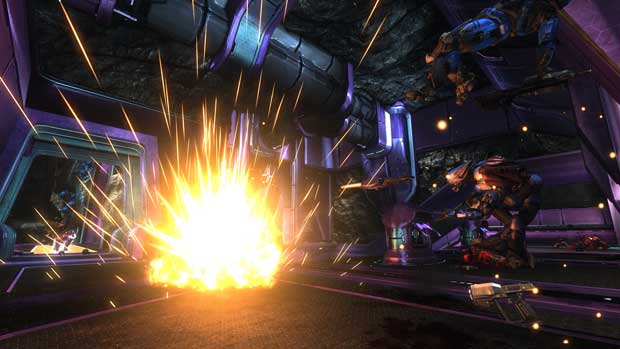 Halo 2 marked the first time that fans of the franchise could get online and play with each other via Xbox Live, but that didn’t stop players from playing the original Halo CE via system link.  10 years later and the evolution of Xbox Live affords players the luxury of playing through six of the best multiplayer maps from the original.  The multiplayer maps have been remastered with the Halo: Reach engine with graphical inspiration drawn from Halo: CE and Halo 2.  Since the game will be a stand-alone release, you don’t need to own Halo: Reach to play the maps, but it was unclear whether it would be a similar offering to what ODST offered with multiplayer and single player being on two seperate discs.  The game will also feature a new Firefight map, as well as 1000 achievement points to unlock.

Probably the best part of it all, aside from Halo CE being one of the best games of all time, is that the campaign will feature terminals like Halo 3.  These terminal will provide behind the gameplay story that have been promised to reveal more about the highly secretive Halo 4.  Abandoning their traditional text format, in Halo: Combat Evolved Anniversary Edition players will be treated to video in the easter eggs strewn throughout the campaign.

The Halo: Combat Evolved Anniversary Edition sounds perfect for the Halo fan that wants to relive the events from the original, and even better for the generation of gamers who may not have played the game that started a revolution in the gaming industry.  More information will be coming down the line at PAX Prime during Halo Fest in Seattle Washington.

Halo: Combat Evolved celebrates its 10 year anniversary on November 15th, which is precisely the day you’ll be able to pick up this game.