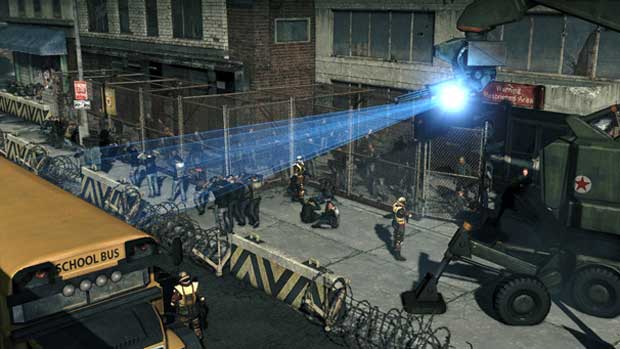 Kaos Studios has outlined a plan to address persisting issues to their recently released game, Homefront. The developer reassured purchasers of the title via the official Homefront website by giving a status update on some of the problems.  Last week, a multiplayer patch was released near launch and you can expect more in the coming days.

The next update is now scheduled for submission to Microsoft so that it can be applied shortly.  This next update should fox the Xbox Live Corruption Freeze issue, and server issues that matched distant player.  Another update is also in the works that will be applied to the PlayStation 3 and Xbox 360 that fixes other game issues.  This second patch is scheduled to be released immediately on the PS3 and submitted to Microsoft as soon as Update 1 is released to Xbox Live members.

Some of the fixes in the second update will address Multiplayer Stability, Stats & XP Resets, Matchmaking Improvements, Correcting Leaderboard Data, and the Beacon Error.  There are further fixes for the PC planned to be implemented in a more real-time manner.