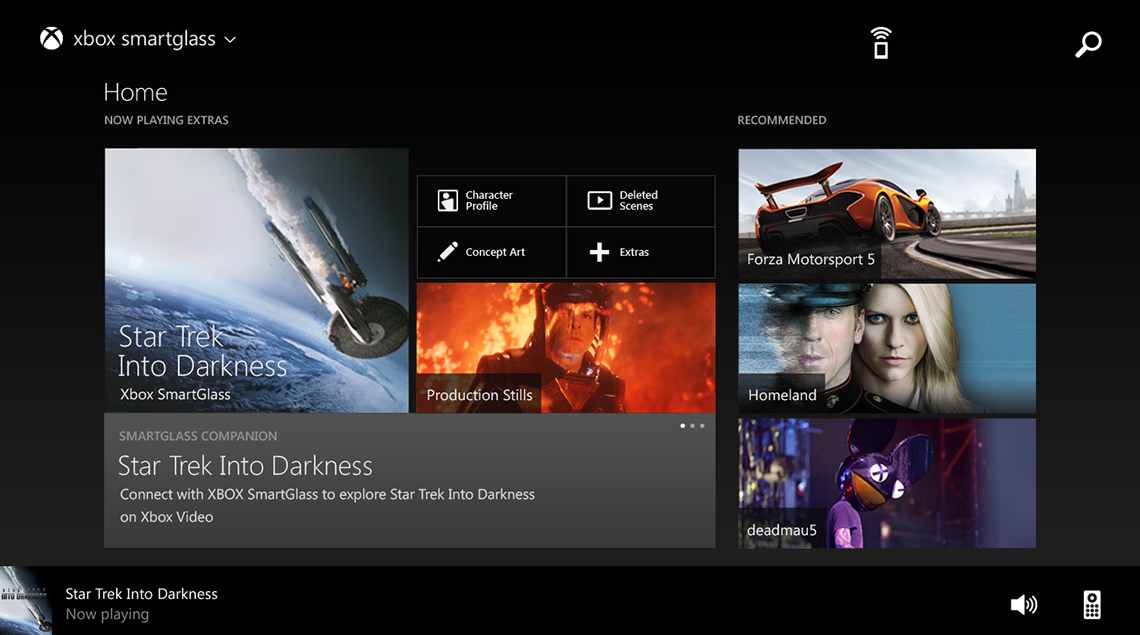 SmartGlass, a companion app released for iPhone, Android, Windows Phone and Windows 8, was marginally successful in its implementation for the Xbox 360, with it suffering from a late introduction, relative lack of support, and lag. However, Microsoft has plans to make it much bigger, better, and add unique experiences for the Xbox One. Speaking to Ron Pessner, lead engineer of SmartGlass, Xbox Wire was curious what plans he and the Microsoft team had in general for the next generation applications of SmartGlass.

When asked what SmartGlass was in its most fundamental sense, Pessner said, “[SmartGlass is] a free downloadable companion application that extends your Xbox game and entertainment experiences to your smart devices. With SmartGlass for Xbox One you can use your phone, laptop or tablet as a remote to easily navigate the web on your console, turn up the volume on your TV, and select a video, music or game to play. SmartGlass is more than just controlling your TV content though. We are working with all of our game and entertainment partners to build really cool experiences that take advantage of the fact that you have smart devices connected to your Xbox One.”

One of the big questions people have is how Microsoft plans to utilize SmartGlass for Xbox One games. As Pessner explained, “Xbox One was designed from the ground up with SmartGlass in mind, and an immediately noticeable difference with Xbox One SmartGlass compared to Xbox 360 SmartGlass is the connection speed and performance. On average it only takes about four seconds for SmartGlass to recognize your Xbox One and create an instant connection. Of course, this is based on the speed of your wireless connection, but generally SmartGlass is about three-and-a-half times faster on Xbox One than its Xbox 360 predecessor. And that’s just for your first connection, once you’re synced up, re-connecting will happen even faster.

A core feature that was super important for us is that gamers can use SmartGlass for matchmaking on Xbox One. If you’re in the middle of game on your console, you can begin matchmaking for a multiplayer session through SmartGlass and you won’t interrupt your action on the big screen.

We’ve also expanded the number of devices that you can connect simultaneously to Xbox One. You can now have up to 16 SmartGlass devices working with an Xbox One so there are more people connecting to a game experience—that’s four times as many as Xbox 360. An interesting implementation of this would be playing poker with friends or maybe an MMORPG where there can be lots of hands in the pot.”

The reason that SmartGlass on the Xbox One is able to connect faster is, according to Pessner, because “with Xbox 360, SmartGlass had to talk to a datacenter that could be halfway around the world, and the datacenter then relayed commands to your Xbox. Now, SmartGlass talks directly to your Xbox One over your Wi-Fi or LAN network.” 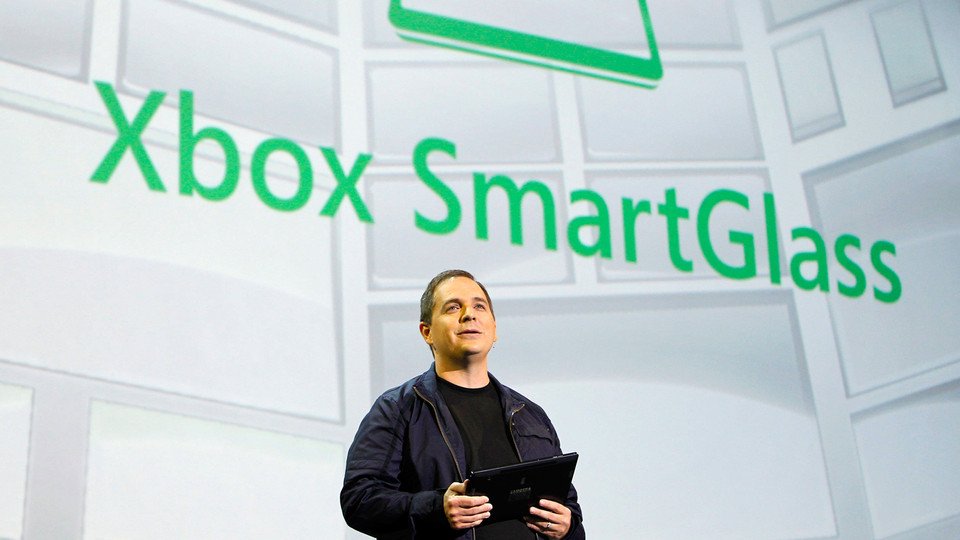 Pessner also explained what Game Help is, saying, “If you’re having trouble in a game, you can tap a Help button in SmartGlass that will give you contextually aware information for whatever you’re playing.  During gameplay, SmartGlass follows your progress and knows exactly where you’re at and where you’re having trouble, so that when you hit the Help button you’ll be given the tips you need.”

He also did not rule out the possibility of SmartGlass being used as a controller, however he also indicated that it would have to make sense. One example he gave was play-calling for a sports game.

When asked how SmartGlass would work when someone is away from their Xbox, Pessner elaborated. “SmartGlass is your Xbox One dashboard when you’re away from your console and keeps you in touch with your Xbox One games and community. In addition to staying connected to your friends, sending and receiving messages, and checking all your Achievements, SmartGlass will show your friends’ activity and let you look at the games they’re playing. From there, you can pin those games in SmartGlass and those pins will appear on your Xbox One the next time you’re connected to Xbox Live. We’re making it easier to find new games by adding the ability to search the entire Xbox Games Store within SmartGlass.

SmartGlass serves up game details pages that let you get competitive in a new way by showing you your friends’ progress relative to your own if you’re playing the same game. You can compare your Achievements and Challenges and other stats that developers deem relevant to their game. You can send and receive messages with your Xbox Live friends so you can talk trash or send congrats on their recent wins. You’ll also have access to Game DVR clips that you and your friends create.” 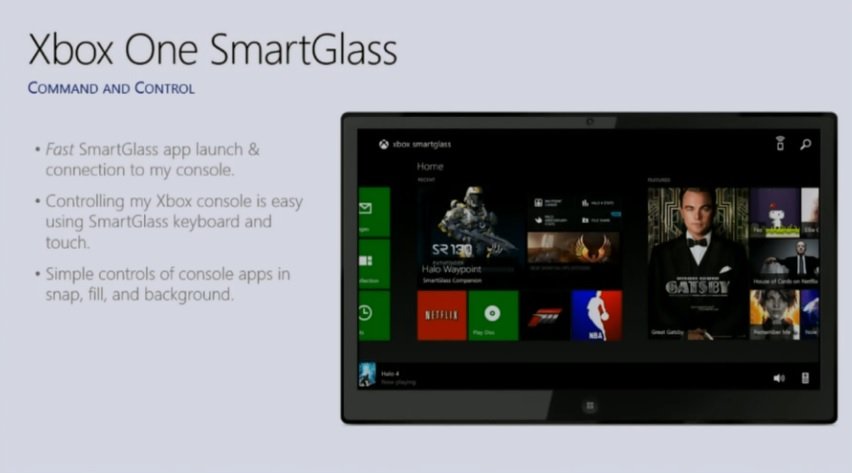 One final thing Pessner was questioned about was TV integration and how it would work. He answered, “You can change channels on your cable or satellite set-top box and even control the volume of your television. When you hit volume up on your SmartGlass device, for example, it tells your Xbox One console to send the volume up command through IR blasting from Kinect directly to your TV. Xbox One integrates all your entertainment into an easy to navigate OneGuide—a single destination for seeing what’s on TV, your favorite channels and even programs that you watch in your favorite streaming apps. You can either navigate the OneGuide on the TV, or you can access it on your smartphone, tablet or laptop with SmartGlass. So when you’re fighting over the remote or what to watch next, use SmartGlass to see what’s on and what to watch without interrupting what’s happening on the TV or to go ahead and change the channel if the remote is nowhere to be found.”