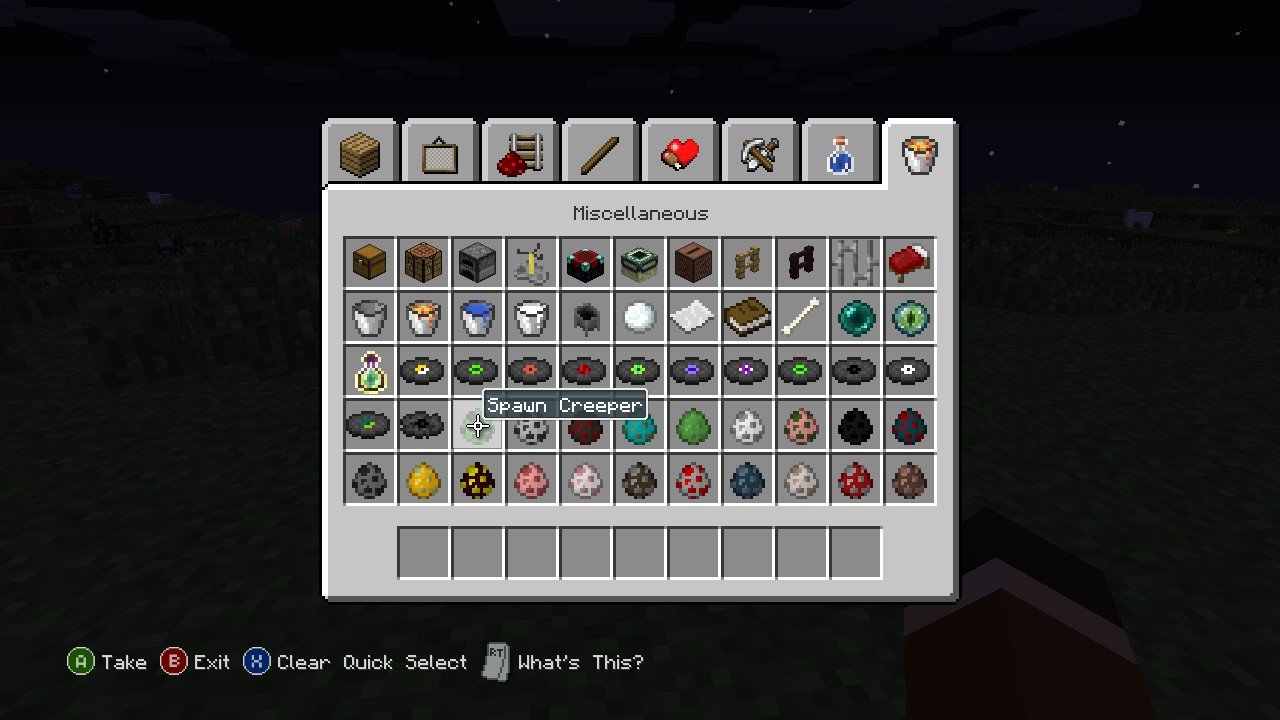 4J Studios is hard at work on getting Minecraft Xbox 360 Edition up to speed with Title Update 9.  The upcoming addition to the game will see some of the biggest changes yet, which includes The End content that many fans have been waiting patiently for.

While 4J didn’t have anything to show from The End, they did reveal the first screenshot of Title Update 9 which shows off Spawn Eggs.  The studio said they still have a lot of work to do, so no concrete details on when this update would arrive on the Xbox.

They did reveal however that Ocelots and jungle biome will not be featured in TU9, and that  TU9 is “mainly 1.1, although with a few things brought forward.  Also The End isn’t quite the same as the Java version,” the developers said via Twitter.

As for a February release, don’t get your hopes up.  4J Studios said earlier this month that it would be March at the earliest before this next patch hits Xbox certification.