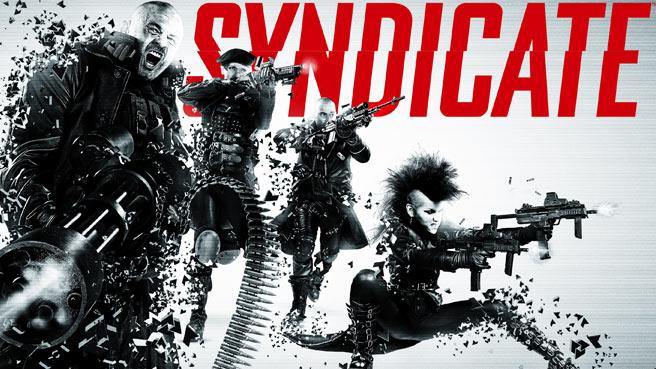 The Syndicate demo is currently available on PSN and Xbox Live and I can absolutely assure any fans of the original Syndicate games: it pretty much doesn’t look or feel like a Syndicate game at all. Even someone who has never played the original Syndicate, but knows what kind of game it is, could tell that Starbreeze’s new rendition might contain a few throwbacks here and there, but is a completely different game. However, this is to be expected considering that the game has shifted genres. For those who don’t know what Syndicate is, it’s an isometric tactical shooter from 1993 that delved into a cyberpunk-world run by ‘syndicates.’ The setting in the EA’s new FPS version of Syndicate is pretty much the same and does involve sending the player on missions to capture, persuade, or kill people of importance. Even some of the tools used by the player are relatively similar as well (in terms of concept), but based on the game’s new demo, it’s really hard to tell how much of the game is really about using strategy or just shooting mindless enemies.

The demo only showcases one mission from the online co-op portion of the game, based on a mission from the original Syndicate, and said mission’s primary goal is…kill some person who has a really big gun. The level does involve breaching security systems in order to progress, but this can simply be done by pointing at a target designated by the game and holding a button or just standing in front of a door and waiting for the game to open it once all the players are together. The player also has special abilities that will allow them to literally hack into an enemy’s brain and kill them, or help out a teammate (among other things), but their uses are very limited and don’t require much thought to use, just point, click, continue shooting.

There is also a fairly interesting cover system and some fun shooting, seemingly trumping the abilities and strategy element of the game. Although, this is just a demo it’s not supposed to have all of the game’s features in it. But shouldn’t the demo at least utilize a variety of the game’s mechanics? The co-op portion doesn’t really encourage anything beyond just running around and shooting enemies, hiding behind cover, then popping your head out and shooting some more enemies. The shooting is fairly fun though, it really feels a lot like Crysis 2. Seriously, the combat in this game feels really similar to Crysis 2. In fact, EA has even said that the game has been influenced by Crysis’ combat system. Syndicate literally feels like Crysis hooked up with Deus Ex, but the strategy elements haven’t matured yet.

It doesn’t help that the demo is buggy as Hell and crashes almost every single time it’s loaded, at random intervals. Trying to find a match hasn’t been working well either, but that could be because the demo hasn’t been out for very long and people just haven’t downloaded it yet. However, it feels like the demo should have been a single player demo, showing off the mechanics other than just shooting. For instance, in the original gameplay trailer, the player manages to ‘hack’ into a security guard, persuade him to kill his partner then commit suicide. This might sound sadistic, but show us how that’s supposed to work! Seriously, is it a scripted moment, can the player choose to do that or can they do a variety of different things in that situation, what other things can you do, what’s the hacking/breaching system like in general, is it really just pointing at a thing and then holding a button on the D-pad? The demo never properly answers these questions and that seems to be a pretty major fault, making one wonder, “is this game remotely different from any other shooter from the past year?” The demo can be pretty fun though, it’s not bad, but it feels pretty hollow. This isn’t the WHOLE game, right? We will just have to wait and see what more the developer has to showcase for the game in the weeks leading up to its February 21 release for PC, PS3 and Xbox 360. Be sure to try out the demo and pass judgment for yourself though, it is free anyway.

If you were disappointed by Syndicate’s demo though, then check out the Darkness 2’s demo, that’s a pretty fun play through and DOES properly showcase its mechanics.