The latest news in the world of video games at Attack of the Fanboy
April 21st, 2016 by Scott Grill 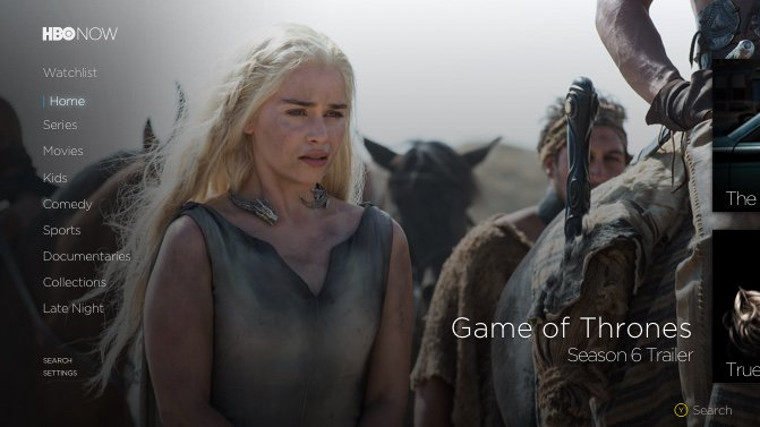 Microsoft dropped the HBO Now app to the Xbox One and Xbox 360 on Thursday. The surprise announcement also comes with an extra special treat to entice new subscribers on current-gen and last-gen consoles by offering the first episode of Game of Thrones Season 6 for free.

The HBO Now streaming service allows customers to pay $14.99 a month to receive on-demand HBO programming without cable package. This contrasts with the HBO Go app, also available on the Xbox One and Xbox 360, which requires a cable package and a subscription to the premium movie channel.

Owners of either Xbox console will also have the chance to watch the Game of Thrones season 6 premier for free after it airs Sunday night. The episode will be available to watch for free until April 28 and will not require a subscription.

There’s been no announcement concerning bringing a similar app to the PlayStation 4 or PlayStation 3. The PS4 does have the HBO Go app, so it is probably safe to assume HBO Now will arrive eventually.

The first episode of Game of Thrones season 6 will debut at 9 p.m. ET and is highly anticipated due to several events, including the apparent death of a major character. We’ll avoid posting any spoilers here for those that haven’t caught up on season 5.

Game of Thrones Xbox Xbox One
We're Looking For Contributors