We’ve been adventuring Skyrim on all manner of consoles for ten years now, and the active mod community has consistently offered some of the best and most exciting ways to expand on the Dragonborn’s adventure. With more ways than ever to improve and enhance the authentic Elder Scrolls experience, we’ve collected the best mods for you to play in 2021.

Before we get started, it’s worth pointing out that if you’re playing on PC, you’ll benefit from downloading a mod manager before trying too many of these recommendations. Many are available, but we’d suggest Vortex from Nexus Mods. Not only is it the programme the best and easiest to use mod management tool for Skyrim, but it works well in tandem with the Nexus Mods website, where you’ll be accessing and downloading most of your mods.

With that out of the way, these are our favourite new and essential mods to Skyrim, and no, we won’t be including any famous falling trains. 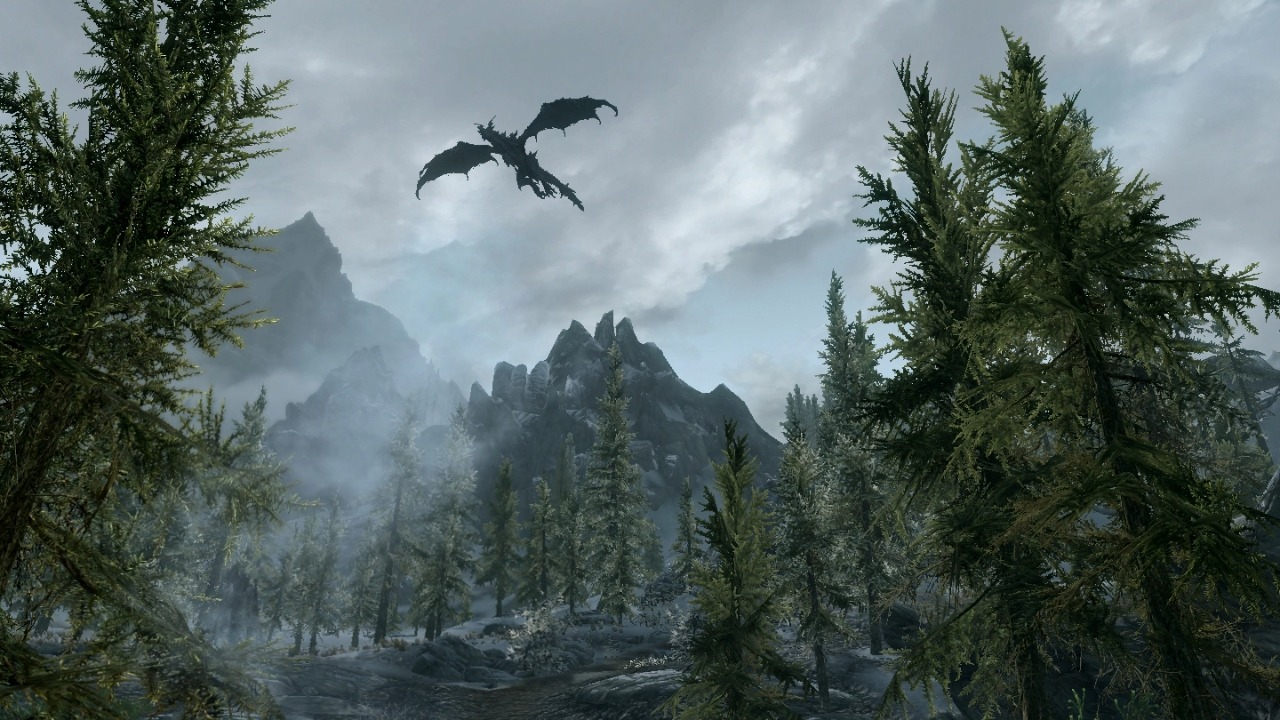 This is the highest-ranked mod on Nexus Mods, and it’s not hard to see why. This is a must-have for even those who aren’t actively interested in the mod community, and as it says on the tin, it’s more a patch than it is anything else. The quality-of-life updates are numerous, and they have debugged gameplay, quest and NPC issues, amongst many others. So if you’re heading back north of Tamriel anytime soon, don’t forget to take this mod. In this mod, Skyrim has talent, and it’s you. With five levels of character progression and a wealth of new musical material, the BA Bards Songs mod is guaranteed to add some flair to your days toiling dungeons and pillaging enemy strongholds. You’ll even hear what the townsfolk think of you during performances, but keep in mind at a low level, they might not be singing your praises. It’s a perfect fit for those looking for something a little different while still maintaining the original Skyrim experience. How many times have you played through the first half an hour of a game and never went back, only to start a new save and do it all again? This mod will shake up the dreaded introductions and tutorials with a new element to the story you know so well. The options include starting the game as a lone traveller in an Orc stronghold struggling to shake the outsider reputation or the chance to arrive in style by ship to either Solitude, Dawnstar, Windhelm, or Raven Rock with some gold in your pocket. It certainly beats a botched beheading. Here we have new quests and land to cover in the massive Wyrmstooth mod, which gives Bethesda’s two official story expansions a run for their money. You’ll venture to the titular island of Wyrmstooth and adventure through one of the most extensive dungeons in all Tamriel with a band of mercenaries in tow. Again, there’s new quests, mechanics, and even a new shout for the Dragonborn to project. Even if you’ve played some of the much-loved quest expansions available in the community, it’s worth revisiting your save file and taking on this new high-quality challenge.

Bears of the North by JPSteel2 If dragons aren’t your thing, this mod has you covered. In this addition, we find the bears of Skyrim much more intimidating than we’ve seen them before, with more defined textures and a significant increase in size. The once easy prey might not be worth the pelt if you’re not prepared. Still, if you’re not getting your animal hunting fix from Red Dead Redemption 2, this mod and a well-aimed crossbow dart might be the combination you’re looking for. Though not necessarily one of the most exciting mods available, this addition is still a necessity for anyone playing the game in 2021. SkyUI cleans up all the in-game menus and text boxes, making it easier than ever to craft, barter and forge. Your inventory list has never looked as good as it does with this mod, and it works particularly well alongside any mods that expand on Skyrim’s many different creative skillsets or require careful control of resources. There are some mods designed purely to make Skyrim a more immersive experience, and this is one of the more intricate ones. The modder behind Dwemer Pipework Reworked has enhanced the ancient civilization’s metalwork to look as meticulous as ever. Every pipe has a purpose in this mod, and the antique boilers burn warm orange tones to appear as a fully functioning pipe system. It might not redefine the entire game, but it does add another level of detail that, alongside similar mods, makes Skyrim look and feel as relevant as ever.

The Kids Are Alright Renewal by triptherift Become the Imperial Parent of the Year with this mod as the children of Skyrim get their own re-scale and additions. Not only does this replace the current roster of waifs and strays with all new characters, but also adds over 20 orphaned children to be discovered and fostered in the vast Skyrim landscape. Unfortunately, we’ve still not found a Skyrim day-care mod, so you’ll need to figure out who’s going to babysit when you do get back to adventuring.

Death Consumes All by Anbeegod The plague grips Skyrim and death chases down the Dragonborn in this DLC sized mod new for this year. This immersive option will see the people of the land stricken with a mystery virus, and you’ll see for yourself the debilitating effects on some of the NPC characters in the game. The story centres around the mysterious new NPC Livia in Whiterun, with whom your relationship will affect the outcome of the new contagion. It’s not the most downloaded of our selected mods, but it might soon be a fan favourite with a positive reception for the extra ten hours of content.

Skyrim’s Paraglider by Loki and NickNak This mod is under the impression that if you can’t beat them, you join them. So following the success of Breath of the Wild and Link’s convenient use of the skies with his paraglider, you can now take to the horizons of northern Tamriel with this mod. It doesn’t open up too many new options, but it does add a fresh and fun alternative to fast travel if you can get yourself up high enough in the first place. So find a mountain and let the Dragonborn finally take to the skies with this exciting addition to the base game.

With another special edition coming ahead of the anniversary, there’s little doubt we’ll stop seeing new mods for Skyrim soon. The best thing about these additions is in how so many of them can stack for not only an enhanced but a unique variation on the now well-known formula, so make sure to try out some of these in combination. Hopefully, this list will provide you with enough content to get started on another ten years of soaring the skies, serenading Khajiit and dragon slaying.