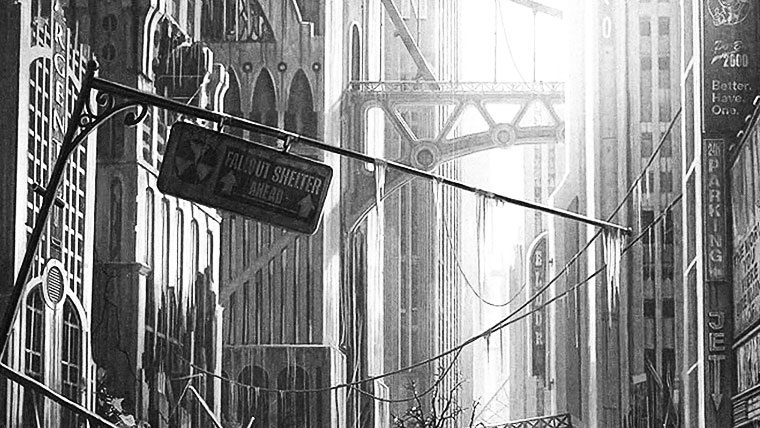 I feel like I am floating in an odd sort of limbo at this point in time. Picking up on the day to day goings on in the gaming world is something I greatly enjoy, though it is rare I find myself repeatedly refreshing my feed in the hopes of clarity. A dog eagerly awaiting the return of his owner, only to realise he has been abandoned. Dramatic? Yes. Disappointing? Absolutely.

This is what you have done to me, Bethesda.

Well, in fairness, it is the hype more than the developer that is tugging on the heartstrings; the latest coming via a rather desperate petition. But we will get to this later. It seems appropriate at this time of brief respite from the cryptic messages and public insight to look over some of the scenarios that came to light over the last year or so and have been evolving all the way up to the present day andin the process, have generated such hope and anticipation for an announce of Fallout 4.

Towards the end of 2012, there were smatterings of talk involving ideas for what would be the next installment in the Fallout franchise. It wasn’t until an anon user on Reddit posted the following that chatter really began to intensify-

‘The rumors are true, Fallout 4 will take place in Boston. In case you haven’t heard, Bethesda has recently been scoping out and researching Boston. They also have a strong connection to MIT. I may or may not be an MIT employee. But that’s really all I can say for fear of losing my job.

I am telling you it will take place in Boston. Whether you believe me or not, how do you feel about a Fallout Boston?’ 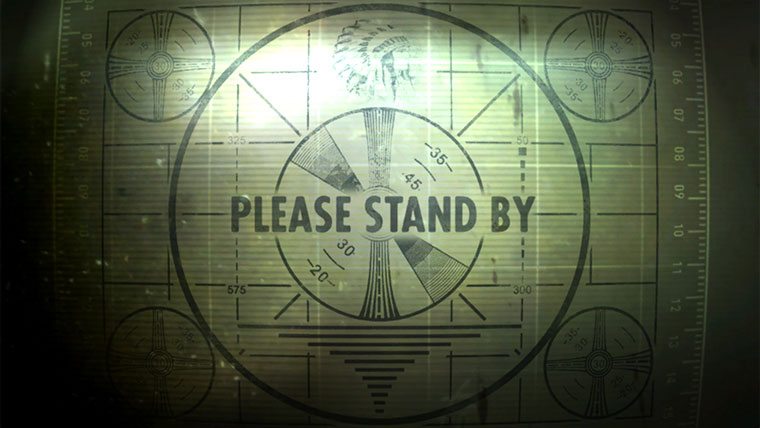 Why was this any more significant than your average Reddit jargon? Well beyond the user’s claims, there are strong ties from Fallout 3 that make Boston an ideal location for Bethesda to use. The concept of ‘The Commonwealth’ was introduced by Fallout 3 NPC Dr Zimmer, with a highly feasible story of escaped androids, an opposing force known as ‘The Railroad’ and the mysterious ‘Institute’. Bethesda took to a tactic that became frustratingly, yet, understandably common of not commenting with regards to the claim. Again, there is further evidence to support this theory that we will get to shortly.

Voice actor Dellums seems to share a similar talent to his Fallout representative ‘Three Dog’; that being a man who says exactly what you want to hear, but in a mnnaer that doens’t really help. Kicking off 2013 with a bang Dellums posted the following tweet-

To all my #Fallout3 and #ThreeDog fans: There may be more of the Dog coming! Fingers crossed!

If this wasn’t enough, Dellums added that he ‘was given permission to release that tease, so fingers crossed.’

Not only hearing it from a source with some authenticity, but with the backing of Bethesda, this was the point where people really started to turn their heads. However, there was one snag; as a keen-eyed user pointed out, Dellums could just have been using this tease to hint that his character will return in a different format, namely a Fallout Movie of some description.

It is at this point that very little else was heard beyond the occasional false claim such as the supposed leaked trailer audio which can be heard on the link below and the hopeful vision that emerged from Fallout 4 being trademarked which is detailed HERE.

It wasn’t until late 2013 that the real fun started. I can’t believe I have to go through this again but here it is…

To see the transition of good to bad, you can check out my prior journey of hope and agony both HERE and HERE. But let me give you the basic rundown (like most of you don’t already know). Come late November, 2013, a site named ‘thesurvivor2299.com’ crops up out of nowhere and catches the eye of many on forums such as NeoGaf and Reddit. Alongside the ZeniMax registration name and iconic Vault-Tec logo were a cryptic set of hidden messages, a Morse Code signal and a countdown timer.

The intricacies involved with the site started to sway belief, with many thinking that there was no way an individual could fabricate such as intricate hoax without slipping up after a few weeks. Messages were updated constantly and a legitimate narrative stemming from an abandoned station in Fallout 3 looked not only plausible, but genuine. 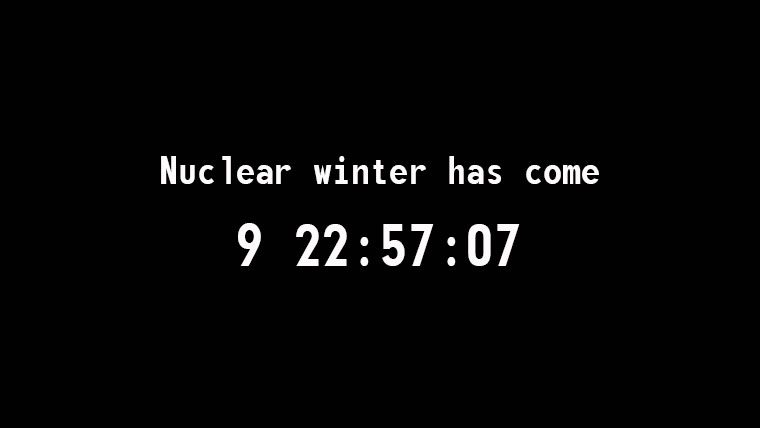 There were of course doubters, many of which cited the extensive cost and effort of running a phone line which plays the Tranquility Lane theme, just to give an example. It seemed that the truth would only be revealed around the time of the VGX awards (the time when the countdown was supposed to end). However Bethesda’s head of marketing and PR, Pete Hines, claimed that no one from Bethesda would be attending VGX. Sure enough, the counter ticked by and….nothing.

What followed a few days later was an empty site with a sarcastic YouTube video, a message telling us to not be mad and a Reddit thread where the creator admitted to the site being a desperate way to coax Bethesda into announcing the game (whilst obviously attempting and succeeding to annoy the entire online community). Even those who laughed at others for being suckered in must have had a small lump in their throat upon hearing the news, but like everyone else, they can only direct their anger to [email protected] (seriously, you can). 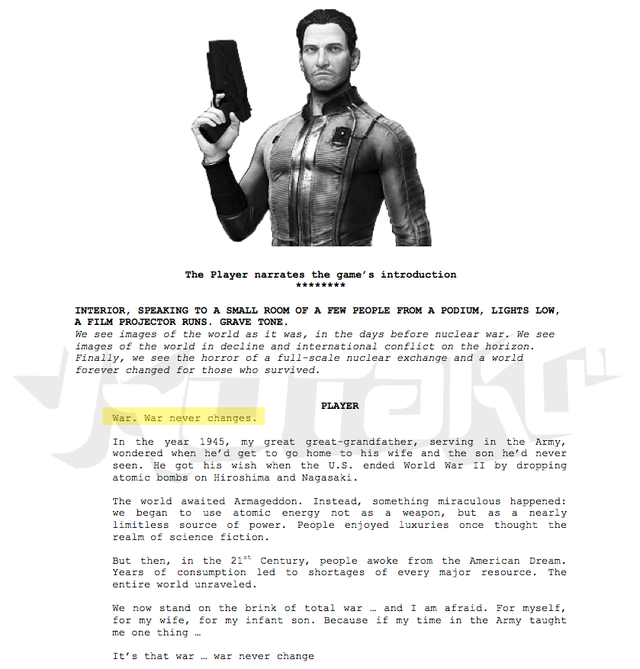 With fans frustration levels at their peak, a pick-me up was certainly needed to re-energise the hype…and it didn’t take long.

Kotaku released an article in which the writer claimed he had received documents ultimately revealing that Fallout 4 was not only already in the works, but that it would be set in Boston, Massachusetts also. The writer noted that he could ‘confirm they are real’ but didn’t specify exactly how, though the documents themselves appear interesting at the very least. A possible script opening mentions ‘The player’ and the famous line ‘War, war never changes’.  Coupled with this are mentions of The Commonwealth and the Institute that were first theorised in the Reddit thread mentioned earlier.

From reading these it obviously does not seem like concrete evidence, but if you click HERE and check out the article yourself, you will find numerous other tie-ins that supposedly prove the legitimacy of the papers. 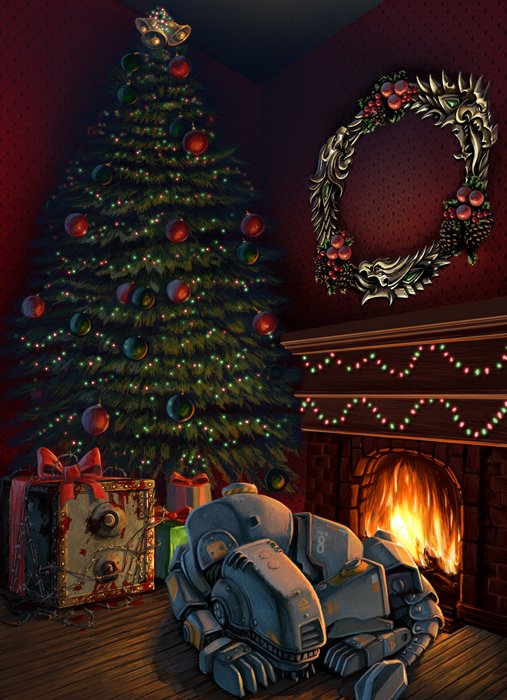 Scouring the internet further, it wasn’t long until a further blow was dealt. Bethesda uploaded their annual online Christmas card to their own Bethblog site, a card which traditionally features teasers for games due to be released in the coming year.

Despite the striking image of a vault under the Christmas tree, this was not a hint towards Fallout as many would have hoped (for full details check out this article HERE). Instead, fans were left with an indication that Bethesda has a rather hectic 2014 on their hands; to the point where it seems that Fallout 4 may have no time at all for a release this year.

And so we come to the present day. No matter whether we as individuals believe that Fallout 4 is nearly here or not, we all seem to share a common frustration generated by one source or another. Bethesda’s tight-lipped philosophy coupled with uncertain ‘evidence’ is a recipe for such emotions; emotions that one Fallout fan is keen to express with Bethesda personally.

A petition on change.org which attempts to prise open the mouth of the Fallout developers has started gaining some traction. Creator Silviu Ploisteanu states in the petition the following –

‘I believe it’s about time Bethesda gives us some hints on Fallout 4. After the Survivor hoax and the *intentionally* leaked Fallout 4 script on Kotaku, we NEED to know if Fallout 4 is being made and whether it will be set in Boston or not.’

Over 5000 disgruntled gamers seem to agree with Silviu, but looking back across the events that have occurred beforehand, it looks like it may take a little more sway than that before Bethesda are willing to cough up.

What do you make of all the hype? Maybe you have your own vision of how this speculation will pan out? Leave a comment below with your thoughts!