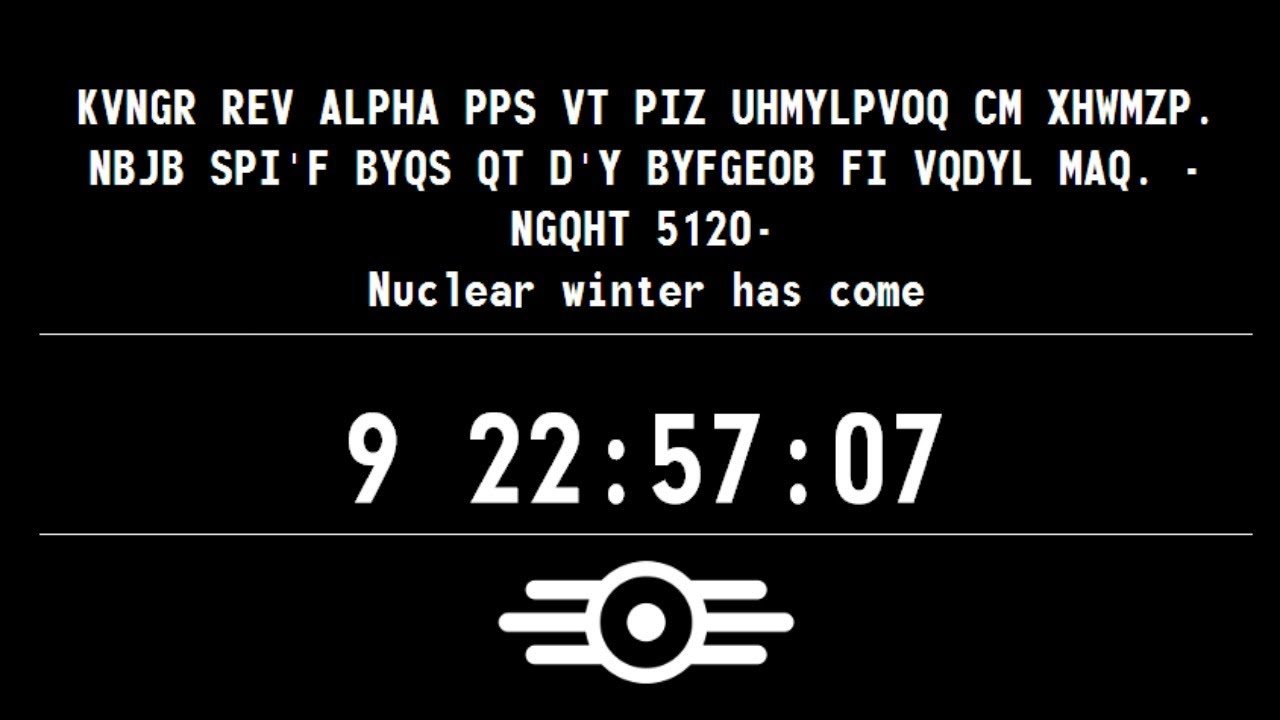 A recent article on Game Informer has highlighted a number of areas that suggest the Fallout 4 teaser site ‘thesurvivor2299.com’ may not be as legit as first hoped.

Much has been made of the site since it first came to light, with hidden messages and Morse Code signals generating a great deal of discussion on community sites. However, brows are being raised at details surrounding the site; notably those around the domain registration. Information on WHOIS shows that the teaser site has been registered through GoDaddy as opposed to Corporate Domains, Inc; the usual choice for any official site featuring Bethesda content.

‘No verification process is required; thus there is little to stop anyone from entering deceptive company details’

In addition to this, the domain resolves to a host in Poland. Many believe that it would be highly unlikely for Bethesda to use any host outside of their native USA, pushing speculation further to the side of doubters. It’s worth noting that even being registered under the ZeniMax Media Inc brand is little indication as to its validity. No verification process is required when entering the name of a domain registrant and thus there is little to stop anyone from entering deceptive company details.

Despite this, it isn’t all doom and gloom for fans of the post-apocalyptic franchise. The recent trademarking of Fallout 4 is a clear indication of intent from Bethesda (at least for the future) and actor Erik Todd Dellums has been getting in on the teases via Twitter. Whilst this is not concrete by any means, he has hinted that there is a lot in the pipeline at Bethesda and it is pretty safe to assume that the next Fallout will make an appearance on next-gen; else face the uproar of its dedicated community.

Bethesda are still refusing to comment on the site which fans of Fallout hope is a sign of some news in the near future. However, it is possible that Bethesda’s marketing team could just  be content to sit back and enjoy the free hype that a crafty hoaxer has generated for a title that, at the moment at least, exists only as folklore.

Is it or isn’t it? What do you make of the evidence? Leave a comment below with your thoughts!

Update: Bethesda’s head of marketing and PR, Pete Hines, said via Twitter that the company has no plans to reveal Fallout 4 at the upcoming VGX.  “No, folks. I am not going to VGX. Bethesda is not showing/talking about anything at VGX. Just some PR meetings in LA. Take deep breaths.”  – Twitter