Time to see the bards perform! Final Fantasy XIV has a hidden world underneath the surface that mesmerizes those who encounter it. A land of rhythm. A waterfall of song. Thy roots are to be intertwined with the nature of musical belonging throughout this article. We beseech you to stay awhile and immerse yourself in these rivers of flowing notes. To stand amongst the humble bards who seek to make your day just that little bit better. Be at ease and join us on the journey through the wondrous realm of bard performances in Final Fantasy XIV.

Whether you are just starting your journey through Eorzea or have been a player for many years, one thing will remain true. You likely would have heard a bard’s song from time to time, for a bard is always close by, ready to lift your spirits when you need it most. The bard is one unique job like any other available in the experience; except with bards, you will be able to unlock the ‘Performance actions’. When players have this unlocked, they will be able to play music with a variety of instruments in-game to their hearts’ content.

If you are interested in the lore aspect of bards within Final Fantasy XIV, however, then you will be pleased to know that you are about to find the answers waiting in this section of the article. Bards were known to be effectively born around 500 years before the events of the main game takes place.

Gridanian Bowmen of Eld from the Twelveswood would begin to create melodies for the others around them, uplifting their spirits and no doubt singing them hearty songs. Through these melodies, the folks of Eorzea located a newfound strength within them and the rhythms of the bard are now what people know as ‘battlesongs’ throughout the lands.

Now the players of the experience are making their own mark on history for the bards as they visit taverns, city landmarks, and more to share their performances with the thriving ports around them. Of course, their aid in battles throughout the realm should never be underestimated as not only are they kind-spirited in nature but they are ruthless through trial by fire.

A bard can be what takes the precipice for one of the most important roles in any party. So don’t go thinking that any bard won’t have a massive combat appeal! 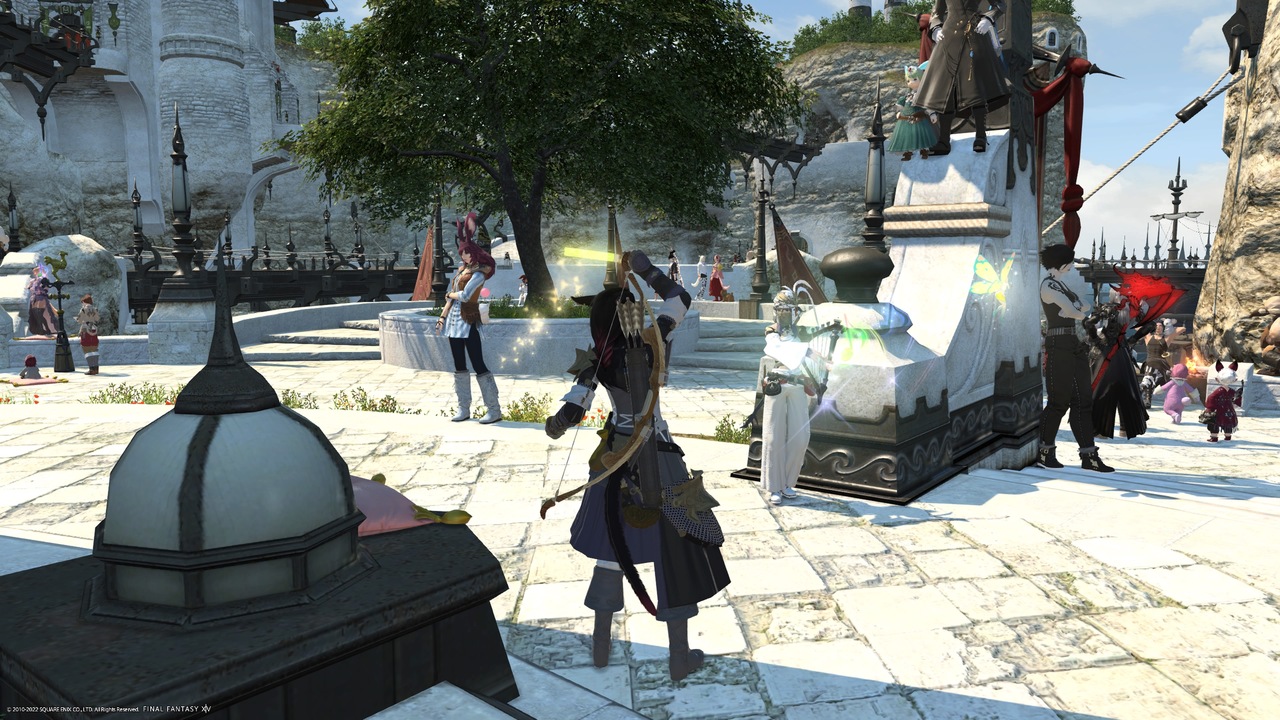 Of course, with the ability to play songs anywhere within Eorzea, a bard can be found virtually in every server you venture to and any place you choose to go. The major cities such as Gridania, Limsa Lominsa, and Ul’dah will often have bards playing on the streets with a gleeful crowd of players swarming around them.

Even player-formed orchestras appear throughout the world and with every performance that I have encountered, orchestra or not, they are truly unique experiences that generate a sense of calmness, relief from the stressful moments of the real world, and happiness with every pluck of a harp string.

Community spirit can be seen everywhere in the world of Final Fantasy XIV. Just the other day, I had a stranger run up to me, trade with me to give me a minion, and then run away again without wanting anything in return. It is rare to find such a welcoming community and this experience always grabs you into it with open arms, a hug, and a solemn bow of peace.

Equally, that same spirit is radiated by these bards that take to the lands and begin performing for others. They want you to feel good from watching the performance, there are no experience points gained in watching, no loot drop that suddenly appears. It is simply for the thrill of music that others will stop and listen to the performance.

To support their fellow players, dance happily, clap them on and wave glowsticks in the air, it is the most welcoming of praise. As a bard myself I can attest to that fact. There are twenty-eight total instruments and these range from Violins to Electric Guitars and everything in-between. Bards effectively have their very own musical arsenal to choose from and mastering each instrument can certainly be an endeavor of great discipline.

When players have decided upon a certain instrument to begin playing, they will be taken to a beautifully crafted virtual keyboard that allows anyone to truly play anything they deem fit within the game world. It should be noted that third-party copyrighted music is not to be played in accordance with the game’s terms of service. Any bard has to agree to a message saying this before they are given access to the performance actions. 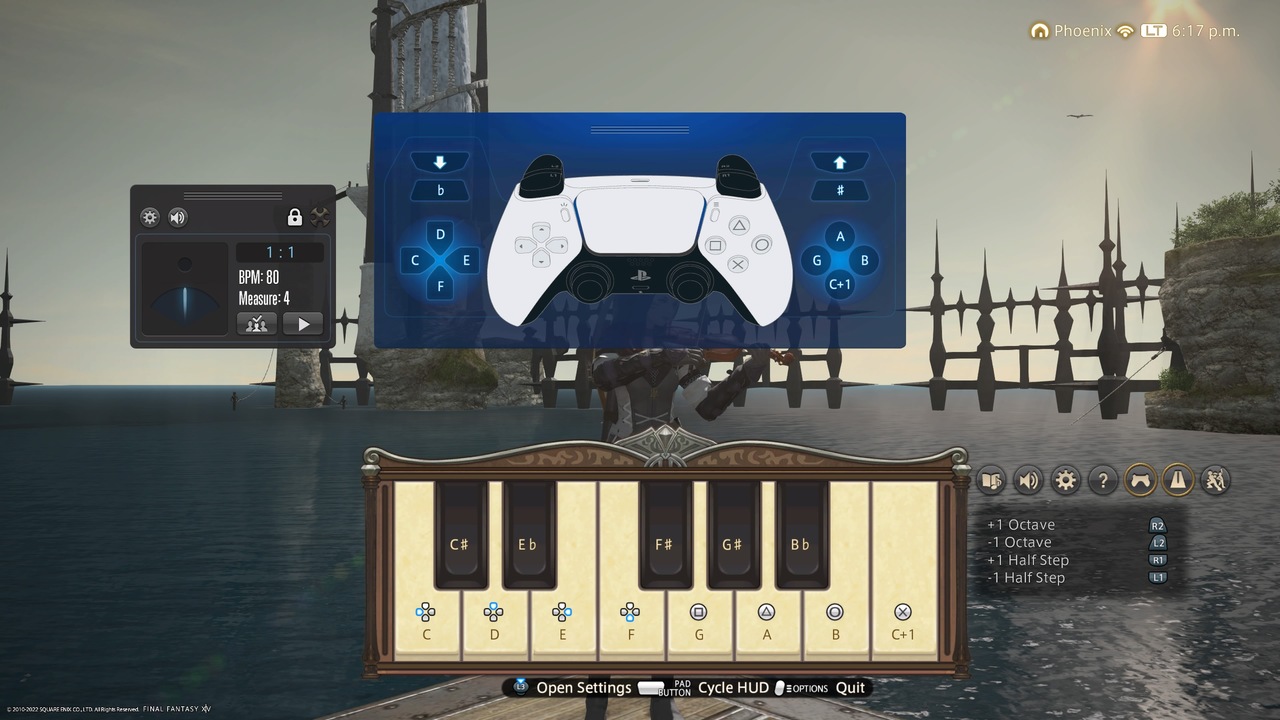 The virtual keyboard is a technical marvel and reminiscent of The Last of Us Part II’s guitar sections. You can go up and down octaves or half steps. You can play the notes that truly matter to you with the range of easily grasped combinations that you may choose to play. There is a lot of learning involved but it is a joy to play the instruments and many hours can simply be spent by the side of an ocean while strumming away your very own song. A metronome is even included on the virtual keyboard screen for you to activate anytime you’re wanting to keep a certain rhythm.

There are also many ‘Orchestration Rolls’ to collect in the experience that will allow you to play along with them so if you feel that you are not ready to create your own unique music, then these are excellent alternatives and fun to play. Bards are going to be playing songs for the people of Eorzea forevermore and it is a pleasure to be in a timeline where we can experience this sense of community and unite through the joys and tranquility of music.