Titanfall marks the true launch of the Xbox One 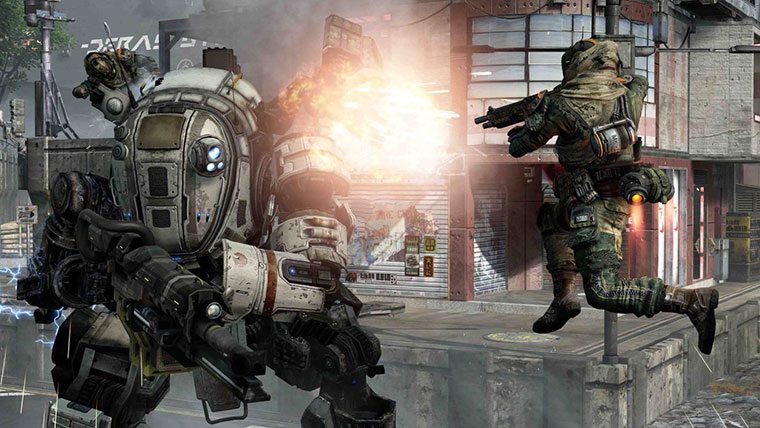 Microsoft is all-in on Titanfall on the Xbox One. If it’s not the wildly successful system selling game that it’s anticipated to be, it’s going to be a long spring and summer for the company’s Xbox Division. One filled with continued promises of the future, while banking on third party games to sell the console. There’s a lot riding on the release of the game, and Microsoft is looking to right all wrongs with the launch of this highly anticipated shooter. The Xbox One beta test is over, and Microsoft knows it. Titanfall marks the true launch of the Xbox One; the game and the console have to appeal to more than just enthusiasts.

The Xbox One beta test is over

It’s not been a stellar launch of the Xbox One. Three months in, and the console has seen its fair share of problems. From design decisions and bad system implementations, to features that flat-out don’t work, purchasing a day one Xbox One has proven to be more of a pricey beta test than anything. Both the console hardware and software aren’t living up to the hype. Third party games look better on the PlayStation 4 in most cases, and it appears that the extra hardware horsepower that Sony added to their console is the difference maker in that regard. Still, Microsoft has asked consumers to focus on the games. It’s a tall order. Asking consumers to look past price, and look past the hardware shortcomings, only to end up with a console that was haphazardly put together with systems that don’t work — it’s the epitome of a hard sell.

You can currently see Microsoft’s three pronged attack on Sony readying at the moment. First and foremost, a system update that coincidences with the release of Titanfall is on the way. Microsoft is finally getting their headset and chat issues sorted out with an update to the Xbox One party chat, and will finally be offering an adapter for third-party headset owners to get their headsets working again. Transitioning from the Xbox 360 to the Xbox One was difficult, and Microsoft didn’t make it any easier. The perfectly working Xbox 360 social systems were effectively scrapped. In the Xbox One’s current state, you just can’t get together with friends with the ease that you could on the Xbox 360. The March Xbox One update SHOULD fix these issues.

Microsoft’s Xbox One is dangerously close to losing the “console war” before its truly begun.

March will also finally see the release of the Xbox One chat adapter. This isn’t quite as important the actual update, but for many, it’s absence since launch has been a definite detractor of enjoyment with the new console. The popularity of pricey gaming headsets rose drastically in the last generation. Companies like Turtle Beach, Tritton, and Astro Gaming all have headsets that are compatible with the Xbox One — with the purchase of this chat adapter. Coupling this with the upcoming updates to the party system and chat functionality on the Xbox One, and the social ecosystem of the cosnole could be remarkably better in the next few weeks, enticing players to log in and play… Titanfall.

Microsoft made the right bet with Titanfall. It’s the right game to accomplish the goals they are trying to accomplish — that goal being to sell consoles. Respawn Entertainment’s shooter isn’t the variable that needs to be worried about here. By most accounts, the recent Titanfall beta left those who participated in it, positive on the upcoming release. Just the right blend of both of the past and the future, Titanfall is a shooter that has nothing but upside, and very little competition. It’s hard to tell if Titanfall will have the staying power of Call of Duty or Battlefield, but it’s made a great first impression. Unfortunately, it all goes for naught if part one of the equation isn’t properly implemented. Or if the game runs into server issues and other problems that EA games have notoriously had in recent launches. Titanfall could be the best game ever made, technically, but if Microsoft’s systems aren’t properly implemented or the Xbox One March update goes awry, things could get ugly. There will be a huge marketing push for Titanfall, and this will be the Xbox One’s second chance to make a first impression. It’s by far the biggest and most anticipated game to launch on the console, and Microsoft won’t get this chance again.

They’re already behind. The fumbled launch of one of the company’s most important entertainment products in years, Microsoft’s Xbox One is dangerously close to losing the “console war” before its truly begun. Sony simply outclassed Microsoft leading up to launch. They rebuttled every reason to buy an Xbox One over a PlayStation 4, and the numbers don’t lie. Even on their home turf, North America, where Xbox has outsold PlayStation for years, favor has shifted away from them. Titanfall can change that, or at least get the needle moving in the other direction. Though even if they can get great word of mouth and spot-on marketing in place, there’s still a big problem staring consumers in the face at retail, and that’s price.

The Xbox One is the most expensive console on the market. It’s significantly more expensive than a PlayStation 4 or Wii U, and Microsoft really hasn’t made a good case as to why. It’s not as powerful as the PlayStation 4 in terms of raw hardware specs. The Kinect camera bundled with every console is the reason its more expensive, but Microsoft hasn’t done an excellent job of telling us why we need it. That’s not going to change with Titanfall. Microsoft is remaining committed to the Kinect for the foreseeable future, and hopes of Kinect-less SKU have been dashed recently. Microsoft is trying a different strategy. Three months in, the Xbox One has already seen a price cut, or an effective one, that bundles Titanfall with the console. At the risk of alienating those who already plunked down their cash in November, Microsoft is offering a Titanfall Bundle for $499. Basically a savings of $60 for anyone in North America.

Consumers are proving that price will determine Xbox One’s fate

Overseas the sales are even more aggressive. In the UK, Xbox One Titanfall Bundles have been going for even less — £369 for an Xbox One and Titanfall. Price cuts are typically used in desparation, or when manufacturing costs afford them. It’s unlikely that the latter is the case. It’s quite clear that Microsoft is looking to start making up ground with Sony, putting the console closer to an even footing in regards to price. As it stands, if you were interested in buying Titanfall, the Xbox One is pretty close to parity with the PlayStation 4 now. These steep price cuts could be just the thing to jump start the sales of the console in relation to Sony’s PS4, which they’ve had a hard time keeping on shelves. Just announced earlier this week, these Titanfall Bundles appear to have worked. Reports suggest that retailers sold out of their allotments of Titanfall bundles at the discounted price, quickly. But it could prove to be just the type of incentive to make consumers forget about the other variables and opt for an Xbox One.

It’s not going to hurt if Microsoft gets all three of these things going at once, and that’s obviously their plan. Price, Content, and Features — these are the things that they probably should have had nailed down in November, but as came to light in 2013, Microsoft’s original plans were drastically different than the reality that played out. We’ll never know the real reasons behind the Xbox One launching with so many problems. Was it rushed to market to meet Sony’s PlayStation 4? Was it a lack of leadership in key roles? Regardless, next month’s release of Titanfall gives Microsoft a second chance. They have an opportunity to right the wrongs of their launch, offer an “exclusive” experience to its base, and woo would-be purchasers with both price incentives and positive word of mouth. Let’s just hope they don’t they don’t mess it up a second time, because you rarely get a second chance to make a first impression, let alone a third.