The Division 2 Community is Out of Patience After Recent Update 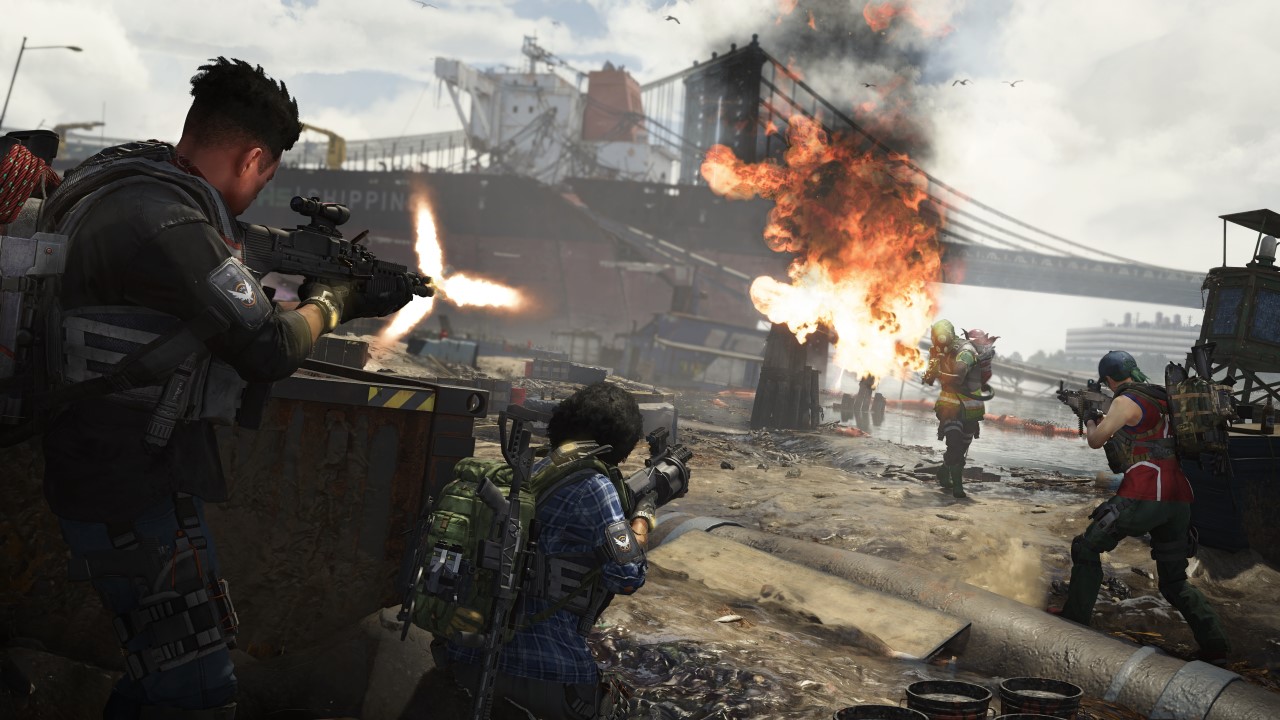 The Division 2 recently deployed Title Update 9, and what it changed and nerfed appears to be the final straw for the community. The subreddit and forums are up in flames right now thanks to a “stealth-nerf” to a popular weapon alongside other nerfs the community believes prove Massive isn’t listening.

Since Warlords of New York came out nearly two months ago players of The Division 2 have noticed how much more difficult the game has become. In many ways, the updated Gear 2.0 system that was supposed to reintroduce build diversity has had its legs cut out from underneath it by brutal enemy and encounter scaling in all difficulties above normal. To boil it down: if every enemy is a giant bullet-sponge that can instakill you no matter how much armor you have then you aren’t left with many options outside of stacking damage and praying for the best.

I noticed this discrepancy myself a few weeks ago while running my blue-stat tank build. I had well over 1.6 million armor, and my shield easily topped 12 million armor while deployed, but I melted just as rapidly as my red-stat DPS teammates. I was built to theoretically distract enemies and soak their damage, so I wasn’t doing jack-all in terms of raw damage. Thus my build was made effectively pointless: why run a tank build if I couldn’t actually tank?

Players have been calling for adjustments to enemies for weeks now, and recent “alterations” have felt so minimal as to not exist. Fire and poison continues to instantly murder players of all shades, enemies still have pinpoint accuracy at all distances with every weapon, and the A.I. continues to blitzkrieg and demolish agents trying to play The Division 2 like a cover-shooter (which, last I checked, is what it claims to be).

Title Update 9 appears to be the last nail in the coffin for the community who were hoping for more difficulty adjustments, but instead received a slew of nerfs to popular builds that made the game somewhat tolerable. This update comes after a segment of the community were banned for using a weapon amplifying bug, a bug I noted in an article a few weeks ago that barely made high-end timed challenges do-able.

The subreddit has been flooded by a wave of angry and disappointed players, with many wondering if Massive even plays their own game. Many posts have to do with the 40% “stealth-nerf” to the M1A rifle that was later added to the patch notes, (and was later walked back after this article published) but the common sentiment seems to be “does Massive even want us to enjoy the game?” Agents are frustrated, and rightly so. Even the small selection of viable tank and skill builds were nerfed, while major game-breaking bugs still remain. 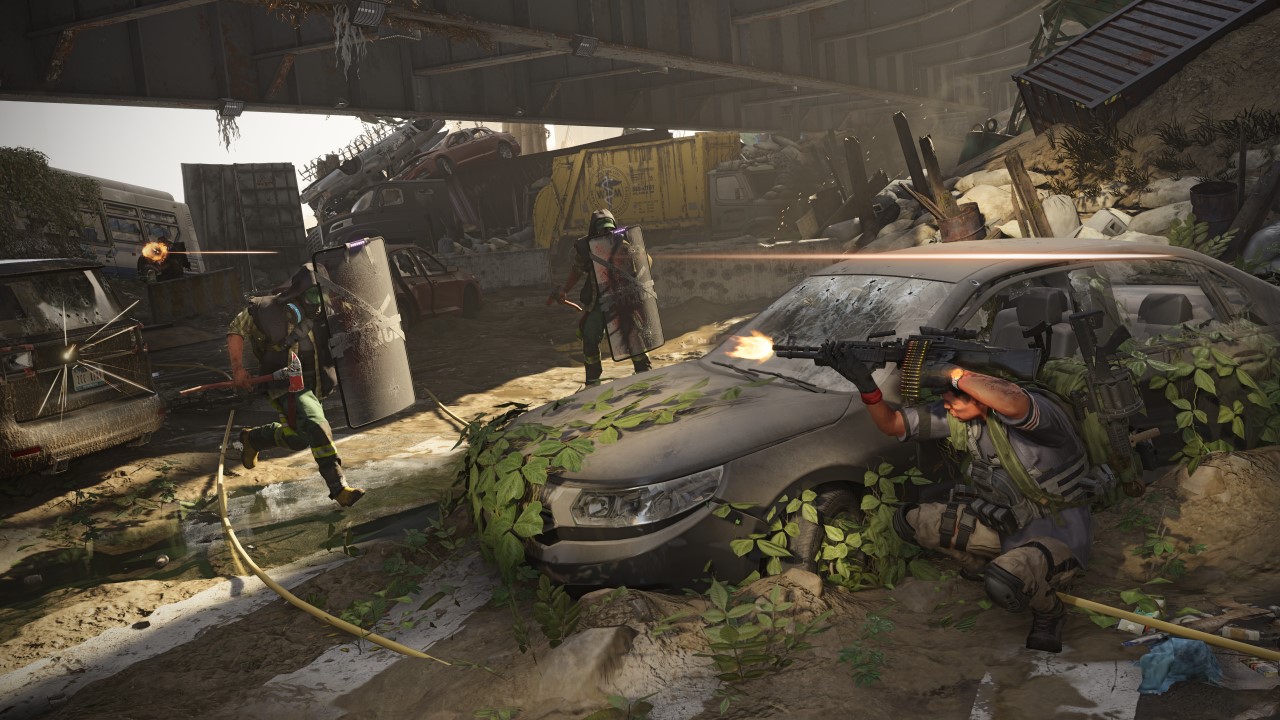 Now look, I don’t subscribe to the “devs are lazy” excuse being flung around. These games are built by giant teams, and bandying about that train of thought is a disservice to all the hardworking men and women not responsible for balancing the sandbox. The New York map is one of the best bits of Warlords of New York, so I’m not keen on calling all the developers lazy after the art and environment teams clearly busted their asses.

What we seem to have is a problem with vision, considering those at the top making the calls clearly don’t want to return to the Title Update 7 era when the game was arguably too easy. They wanted to make The Division 2 challenging again with Warlords of New York, but the way they have been going about it has only alienated their fanbase. People want to feel more powerful as they collect stronger gear. They want their builds to matter. Right now neither of those things are happening.

When enemies are minor gods the answer isn’t to devalue the handful of builds that help players overcome them. Look, I get it, from a bird’s eye-view one or two builds being used above all others appears as a balancing problem with those builds. But, as you descend towards the surface it becomes clear the builds aren’t the core of the issue – it’s the challenge players are trying to survive.

A well balanced game requires give-and-take. Enemies should be a threat up to a certain point, and players should be able to overcome that threat with a variety of tools earned from progression. If a single tool is getting the job done it isn’t a fault of the tool, but an issue with the job. When you provide players a full toolkit, yet make the flathead the only thing that works, then they’re going to use the flathead. Nerfing the flathead won’t encourage them to use the Phillips, because the task at hand still requires a damned flathead.

That’s where The Division 2 rests right now, and fans are pissed. They can’t come up with a host of creative builds to surmount the hurdles ahead because all of the hurdles are Abrams equipped with railguns and they’re stuck with pellet guns. Players have to instead brute-force their way through encounters with a small selection viable builds. If they want to have even a modicum of fun while doing so they have to opt for one of these paths of least resistance. The fact the loot they acquire after all that time and effort tends to be worthless exacerbates their frustration.

The Division 2 isn’t enjoyable to play in its current state. It’s an over-tuned slog where only a slim selection of tools work. Loot isn’t interesting and accomplishments lack merit, because my sole focus right now is, “does this increase my damage.” That’s fucking boring. Other looter-shooters out there seem to at least want me to become more powerful. Borderlands 3 has its share of issues, but never do I feel like I am pigeonholed into a single build if I want to enjoy 95% of what that game has to offer, which is the state The Division 2 seems to be in. Yes, that game has a meta, but I still feel like Gearbox wants me to poke around the edges to see what broken, overpowered builds I find  hiding there.

The Division 2 is so afraid of letting us become powerful it intentionally nerfs all of our attempts to do so. With Title Update 9 the community has had enough.

The Division 2
We're Looking For Contributors