Valorant vs Overwatch: A Breakdown of All the Major Differences 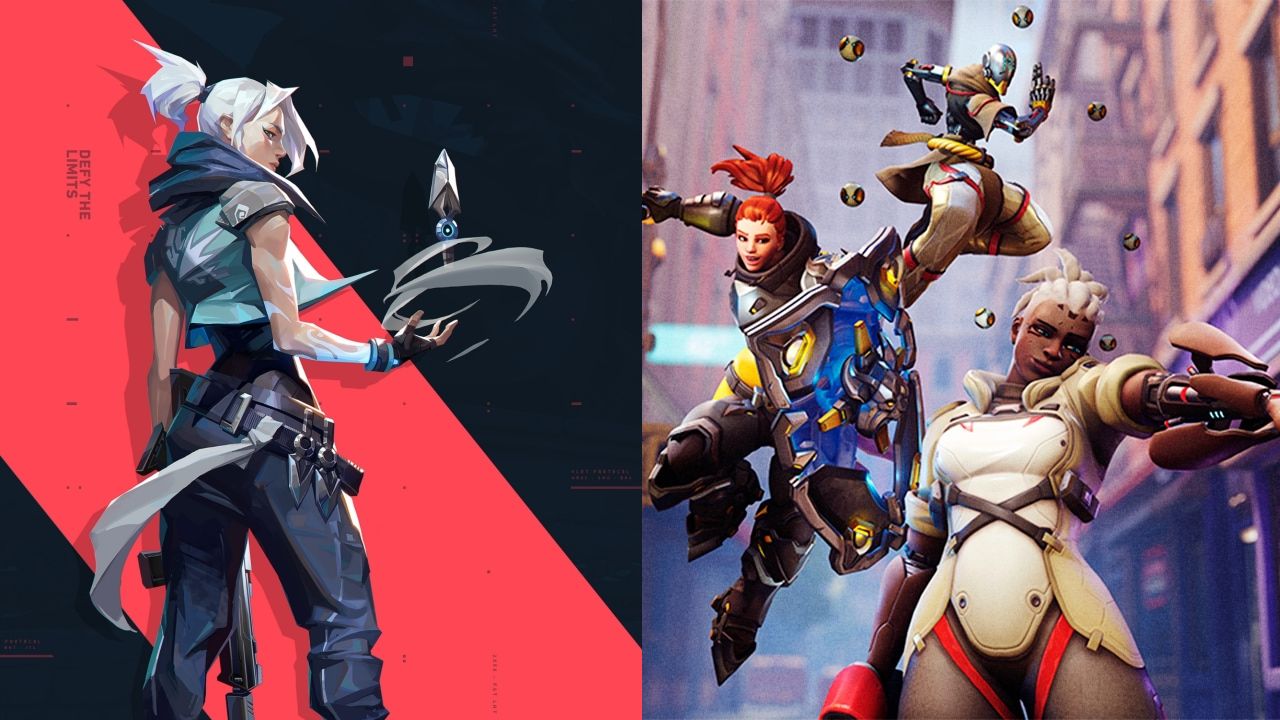 Overwatch should hopefully see a resurgence in popularity with its sequel coming out later this year. It has seen some healthy competition, especially against games like Valorant which has dethroned it, especially on Twitch. These two games have been compared endlessly because of their art styles and both being hero shooters, but they both aren’t the exact same. Here is a breakdown of all the major differences between Valorant and Overwatch.

All Major Differences Between Valorant vs Overwatch

This could serve as a means of what you’d look for more when it comes to team-based FPS games.

Time to Kill (TTK) is Different Between Valorant and Overwatch

Valorant has been compared to being akin to Counter-Strike: Global Offensive for its extremely low kill times. Pop a few shots on an enemy, and they’re dead; even faster if it’s a headshot. Now, compared to Overwatch, the TTK is drastically different.

Unless you get hit with an ult, get swarmed with attacks, get headshot by Widowmaker, or use a character with low HP like Tracer, you still have time to somewhat react. There is less of a penalty for sticking your head out to assess the situation at hand.

In scenarios like these in Overwatch, dealing massive amounts of damage will mostly come from good team coordination, whereas Valorant presents players with more opportunities to perform aces.

Valorant is a PC-only title. While there has been speculation about it possibly being released to consoles, mostly Xbox and mobile thanks to some leaks, because of the recent partnership between Microsoft and Riot, nothing has been truly confirmed yet.

Overwatch, on the other hand, is on all current major consoles, including the Nintendo Switch. It also supports crossplay between all the platforms, extending to people who want to play with friends but have different console preferences. The only downside is that Overwatch 2 will not be on the Nintendo Switch, at least at launch. 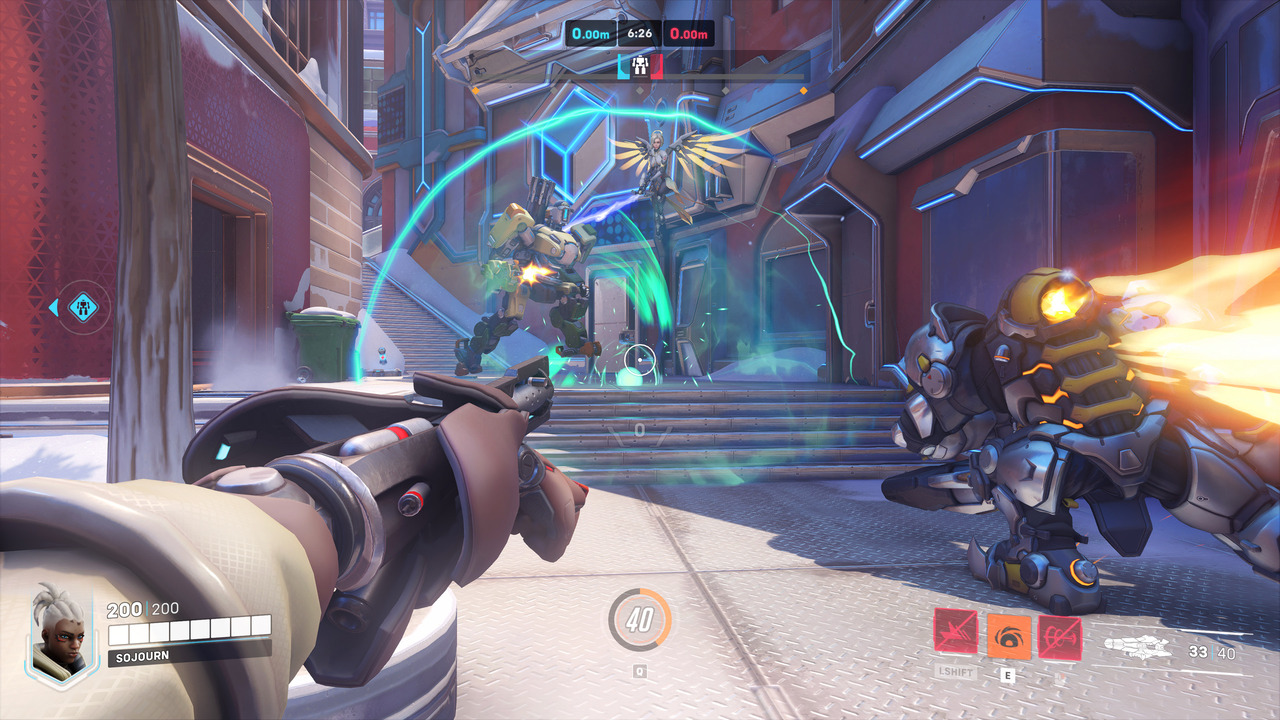 While they’re both in the same category as team and hero-based, first-person shooters, Valorant is much more of a shooter at heart compared to Overwatch. It’s more focused on gunplay and needing to take down targets with good aim and map awareness.

Overwatch is much more lenient when it comes to being a shooter. Not every character’s main form of damage dealing comes from something like guns. You can still shoot and play the game like an FPS, but there are other aspects like abilities and different character kits that dips into other genres besides shooter.

Match Times Differ Between Both Games

This is where both games heavily differ. A typical match in Valorant can last up to nearly one hour because of the best-of-25 rounds. The first team to 13 wins, and with how tactical people approach the game and with pre-round buying, that time easily racks up. There is no such thing as jumping in for a “quick match” when it comes to this game; it’s a whole commitment of an hour.

In Overwatch (and soon Overwatch 2), the games last half as long, even in competitive play.

Both games have characters that fit all sorts of roles in team-based games. They also have their own strengths and weaknesses to create a sense of balance. While team comp matters in highly competitive play, this matters slightly more in Overwatch. There’s more synergy when it comes to team play here.

When you hit something like Zarya’s Graviton Surge and follow up with a Pharah Barrage, that can easily cause a team wipe. That goes a longer way than a few characters who can complement each other when it comes to Valorant. Unless you’re reaching Diamond or higher, it would actually make a difference to a degree. 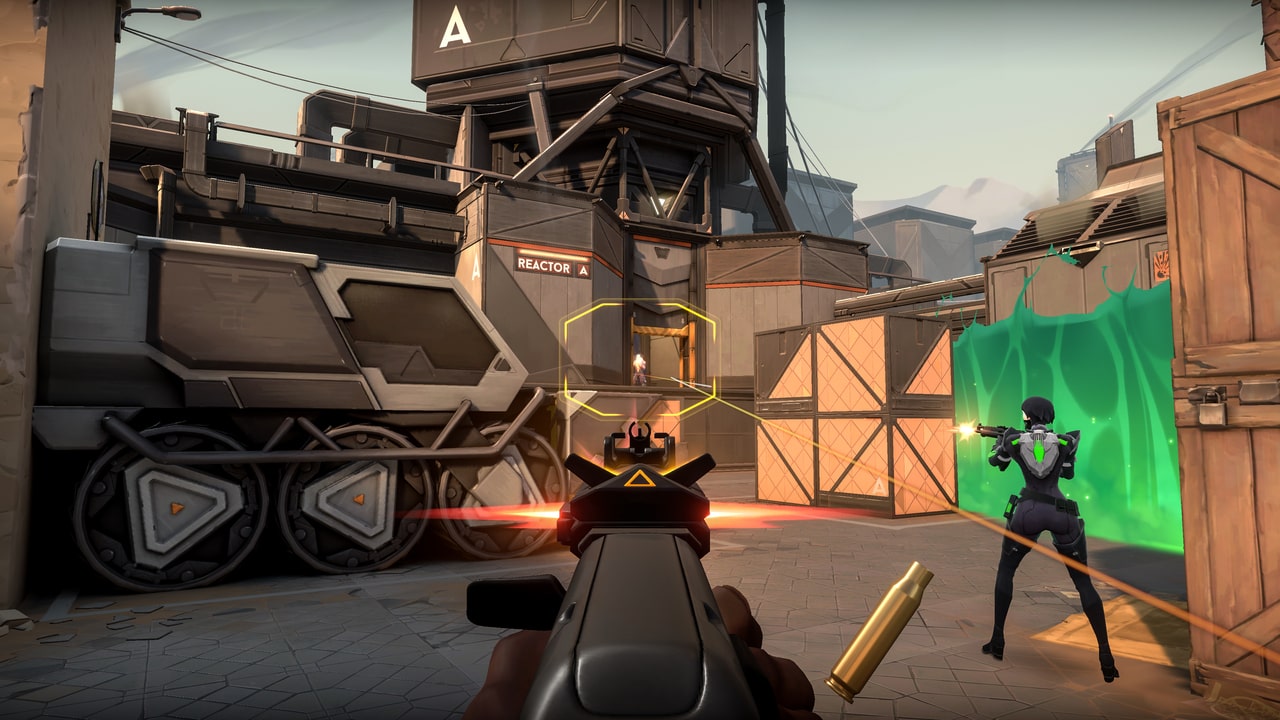 Rage quitting aside, Valorant has the option for teams to surrender during matches. Although it isn’t available so early into a game, it is there so you don’t have to sit through an entire game getting completely steamrolled. Though, you will need 4 out of 5 votes to surrender a game. In Ranked, you need all players in the team in order to surrender.

Overwatch, on the other hand, does not have this feature. Then again, matches aren’t as long so you’ll only have to go through minimal pain before the rounds are over.

While both games have their similarities, there are key things that set them apart. Both games can co-exist in the same genre and have overlapping fanbases. It all really boils down to preference in the end.

Overwatch is currently available for Nintendo Switch, Xbox One, PlayStation 4, and PC. Its sequel will be free to play on October 4, 2022, on all the aforementioned consoles except Nintendo Switch.

Valorant is free to play now on PC.

Attack of the Fanboy / ORIGINAL ARTICLES / Valorant vs Overwatch: A Breakdown of All the Major Differences