Best FrightFest Movies of All Time

Some incredible gems get screened annually at FrightFest if you're lucky enough to go! 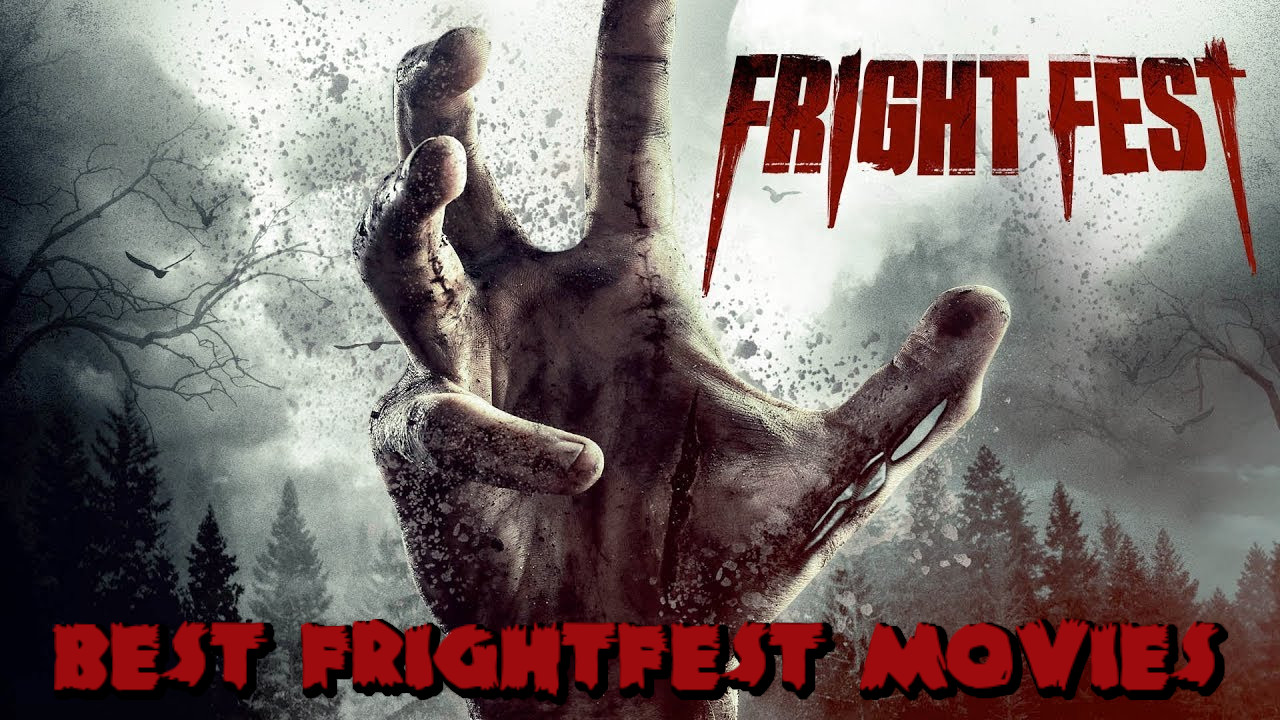 FrightFest is a long-running set of annual horror-centric film festivals screening the best current horror movies, first started in London, England, in the year 2000, with an additional set of festivals started in Glasgow, Scotland, beginning in 2006. The films screened here not only fall into the horror genre, but also feature documentaries related to the subject, as well as sci-fi, action, and thriller films. Many of the films screened at these festivals have lived on in the decades following their premieres, to become massive cultural phenomenons, and some films that featured there might surprise readers. Here are the Best FrightFest Movies of All Time, worth checking out if you haven’t already!

Best FrightFest Movies of All Time Hellboy made an instant mainstream star out of leading actor Ron Perlman, and brought this character wonderfully to life. It’s a strong adaptation of Mike Mignola’s eponymous graphic novel series, and a fascinating exploration of occultism in Nazism. It’s also a clever love story, with focus on turning the plot of Beauty and the Beast on its head, with both Hellboy and Liz embracing their monstrous sides. For many viewers, this was their introduction to director Guillermo del Toro and a scenery-chewing, cigar-chomping Perlman as the title hero. It’s a different brand of protagonist, and a welcome addition to the superhero landscape of 2004, where seemingly only Tobey Maguire’s Spider-Man reigned supreme. 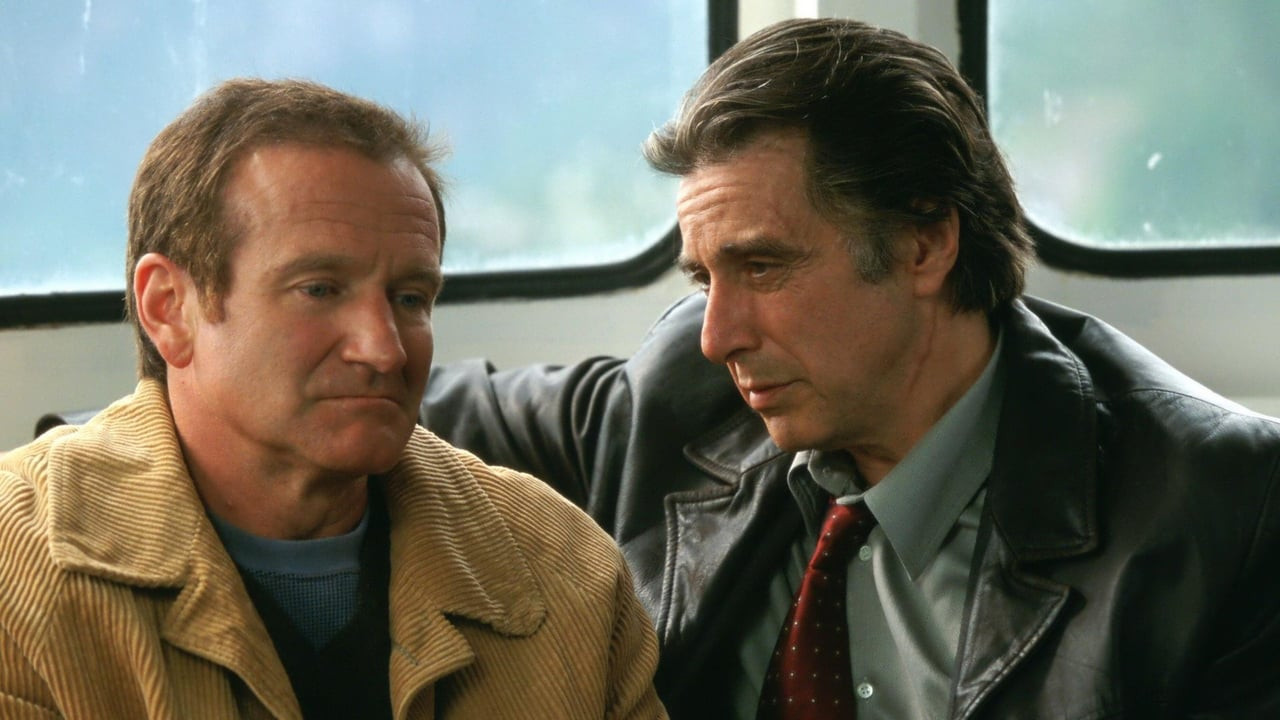 See what we mean about it not all being horror? This was Christopher Nolan’s third directorial project, a psych thriller starring Al Pacino, Hillary Swank, and Robin Williams sporting his dramatic acting chops. It features Al Pacino as a detective whose illicit methods finally begin to catch up with him, and after a catastrophic accident sends him plunging into a cycle of guilt while chasing a new murderer, he must prevent others from taking after him and making similar mistakes. It’s a fantastic thriller, especially for Williams and Pacino, with critical acclaim for both of their performances. With prominent themes of guilt and likening of sleep to death, it’s a heady watch, very Nolan, for sure. 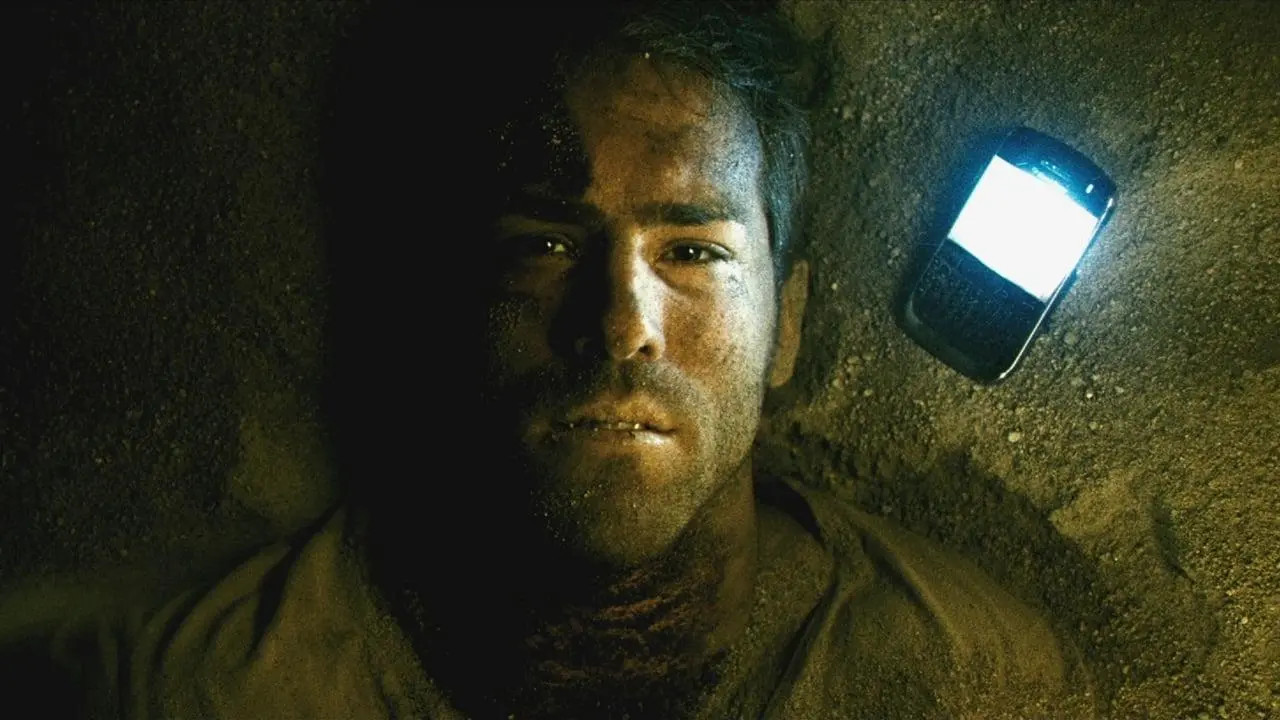 When was the last time we saw Ryan Reynolds in a serious role that’s been talked about as eagerly as his recent turns in Deadpool or the like? One would argue there hasn’t been since this nailbiter directed by Rodrigo Cortés. The premise is compelling, with Reynolds playing a civilian truck driver in Iraq who gets ambushed by terrorists and wakes up, buried alive, with a handful of supplies and a list of demands from his captors. As the plot further isolates Reynolds’ character, Paul Conroy, it becomes increasingly obvious that his predicament is hopeless, and he is alone. The suspense, and final twist, certainly make this a different form of tension for a FrightFest film, but a highly worthy one. 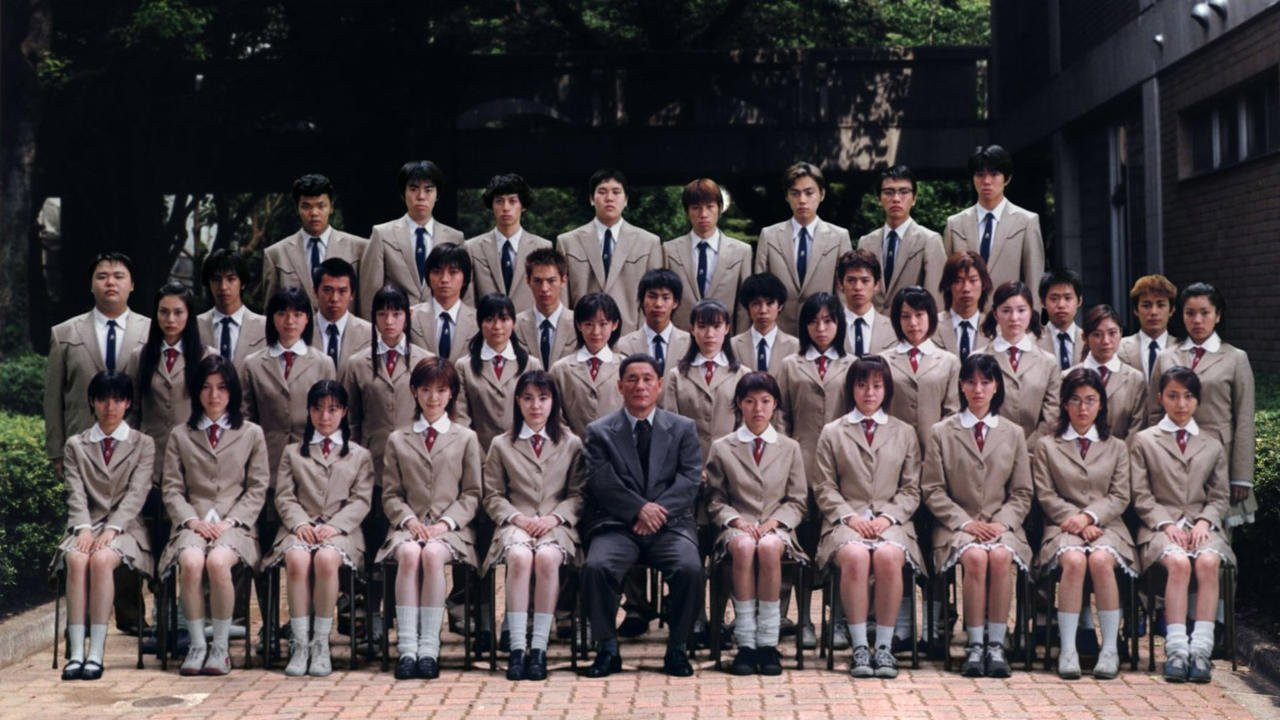 The movie that did it all before The Hunger Games, and more provocatively, with a greater cultural legacy. This film was gratuitously violent, but not without meaning. It puts forward the idea of the sort of anguish brought forth by totalitarian solutions such as juvenile delinquency, and it turns out, that pitting teenagers in a deadly free-for-all is not the answer. Lauded by none other than Quentin Tarantino, this film has inspired countless imitations, some good, some great, and some forgettable, with acclaimed dramas such as Squid Game following in its footsteps. A provocative, shockingly violent film that has aged quite well, with stars such as Takeshi Kitano turning in excellent performances. 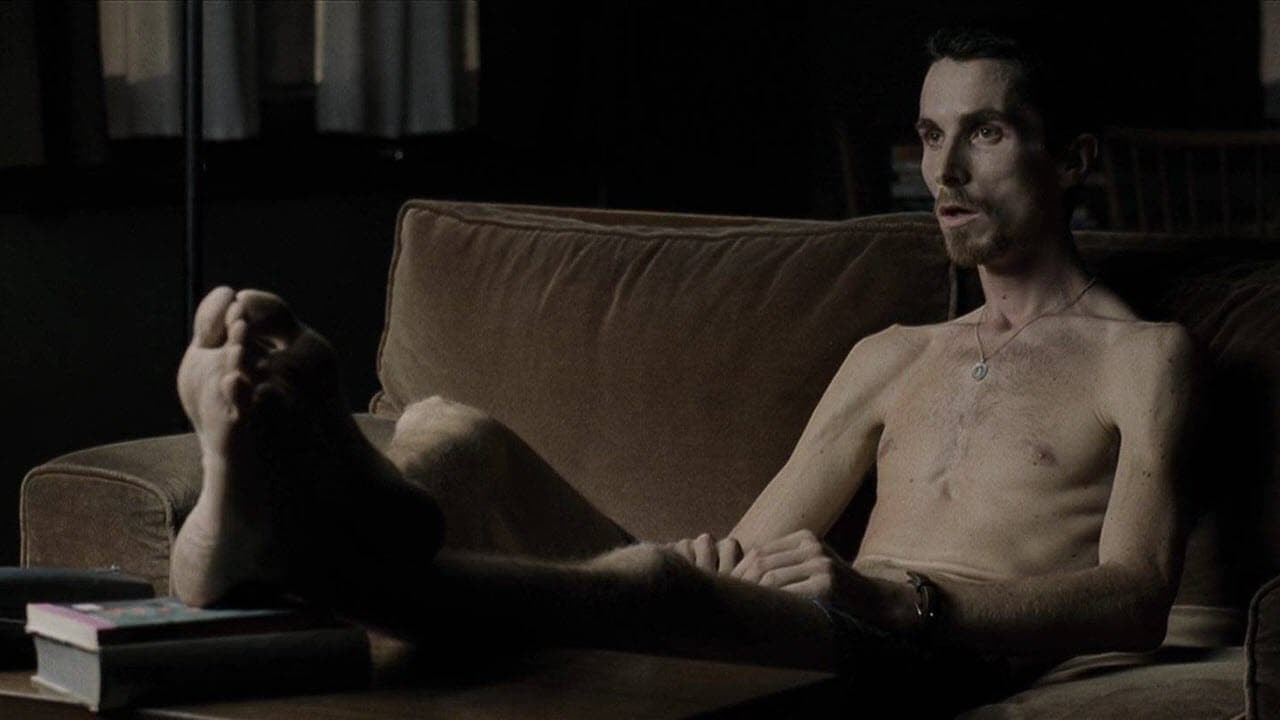 Christian Bale stars in this one, a dark psychological thriller in which he is an emaciated machinist whose insomnia is reaching dangerous, hallucinatory levels. The film goes on to explore the root cause of his insomnia, not to be outdone by the Nolan film also featured on this list, and without going too heavy into spoilers, guilt once again plays a factor. The film is a disturbing viewing experience, and not just because of Bale’s famous dedication to the character’s target weight, where he lost 62 lbs to look the part, only to binge on food shortly after to gain mass for his star turn as Batman in Nolan’s Batman Begins months later. 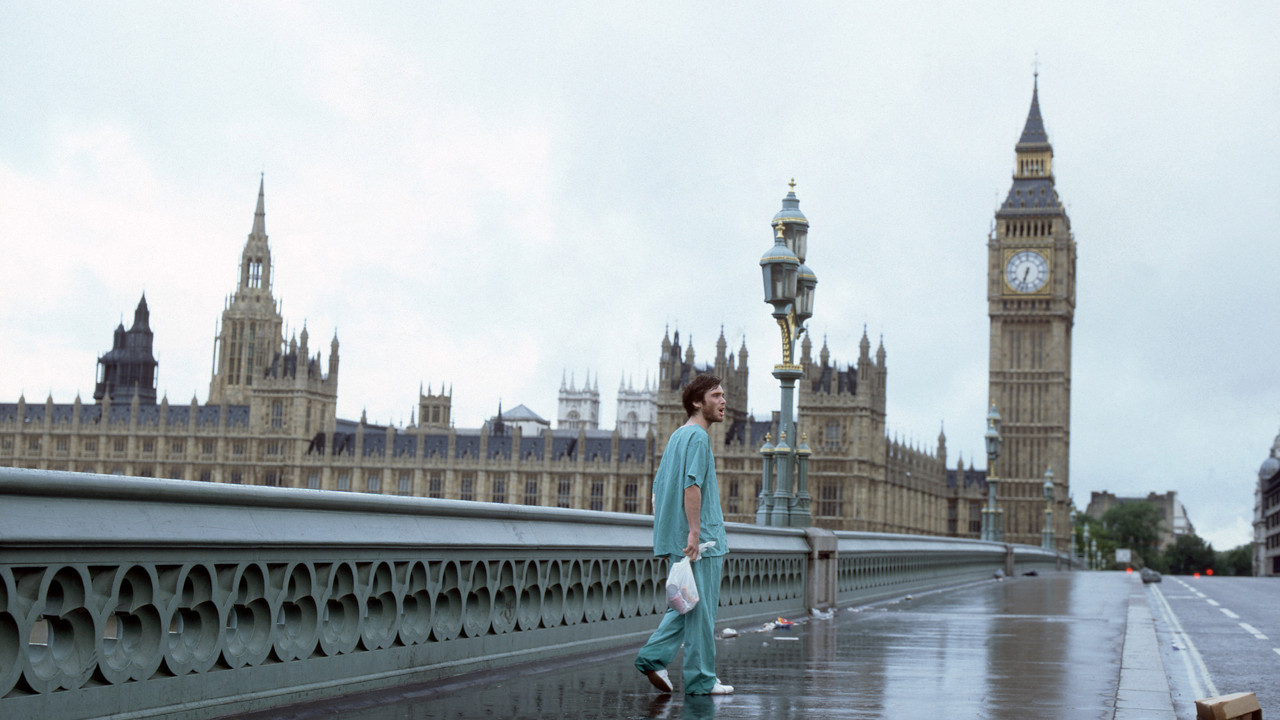 Make sure if you watch this, not to make the same mistake Pam Beesly made, expecting to see Sandra Bullock appearing later on in the film. This fast-paced Danny Boyle film was an unexpectedly post-9/11 zombie flick that challenged society’s sense of security in the face of crisis, and it was fairly accurate. It comments on our natural fear of the collapse of social order, and how quickly society can collapse into violence and primal rage.

The paranoia and tension in the film are palpable, accentuated by how the zombies, or rather, rage-infected humans, could turn within an instant, and trust is often a fleeting sensation in light of this. 28 Days Later is often credited with repopularizing the zombie genre in the 21st century. And those shots of post-apocalyptic, abandoned London? Utterly brilliant. Danny Boyle successfully created a film arguably as impactful as his iconic 1996 masterpiece, Trainspotting. 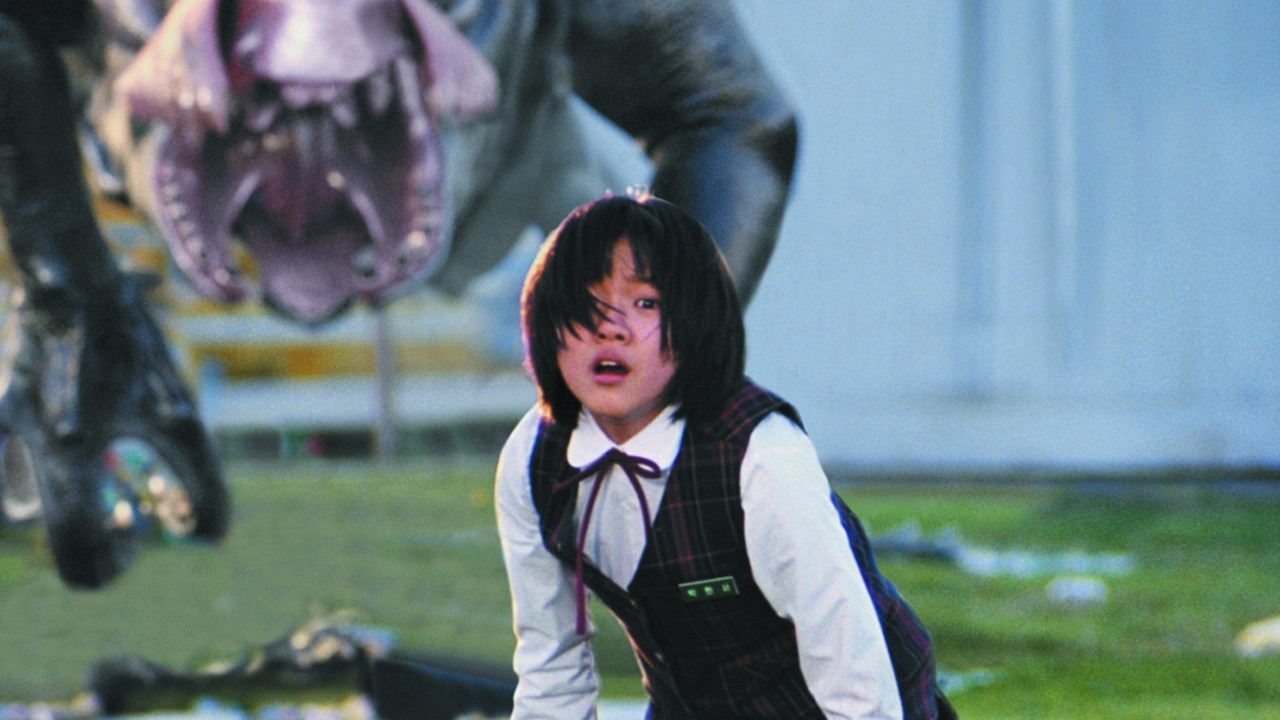 Bong Joon-Ho’s third turn as director, an influential artist who would soon bring Korean cinema to the mainstream forefront, gave us this 2006 monster flick. Part horror thriller, part social commentary, this film is part of the director’s continuous use of social themes in his storytelling. The Host was influenced by South Korean attitudes to real-world US negligent or outright reckless acts, with its monster likely created by the pollutants ordered to be dumped by American military personnel.

The film’s monster is interesting, not wholly a rampaging beast with destruction as its primary motivation, but a creature that still seeks out individual prey, not bothering itself with attacking others around it. The social commentary here is also quite noteworthy. The use of “Agent Yellow” as a way to combat the monster is a clear reference to the American usage of Agent Orange, with its clear lack of care for the environment and the lives of the locals when combating threats. Just another example of a fantastic filmmaker leaving their mark, making one of the best films to grace the FrightFest roster. 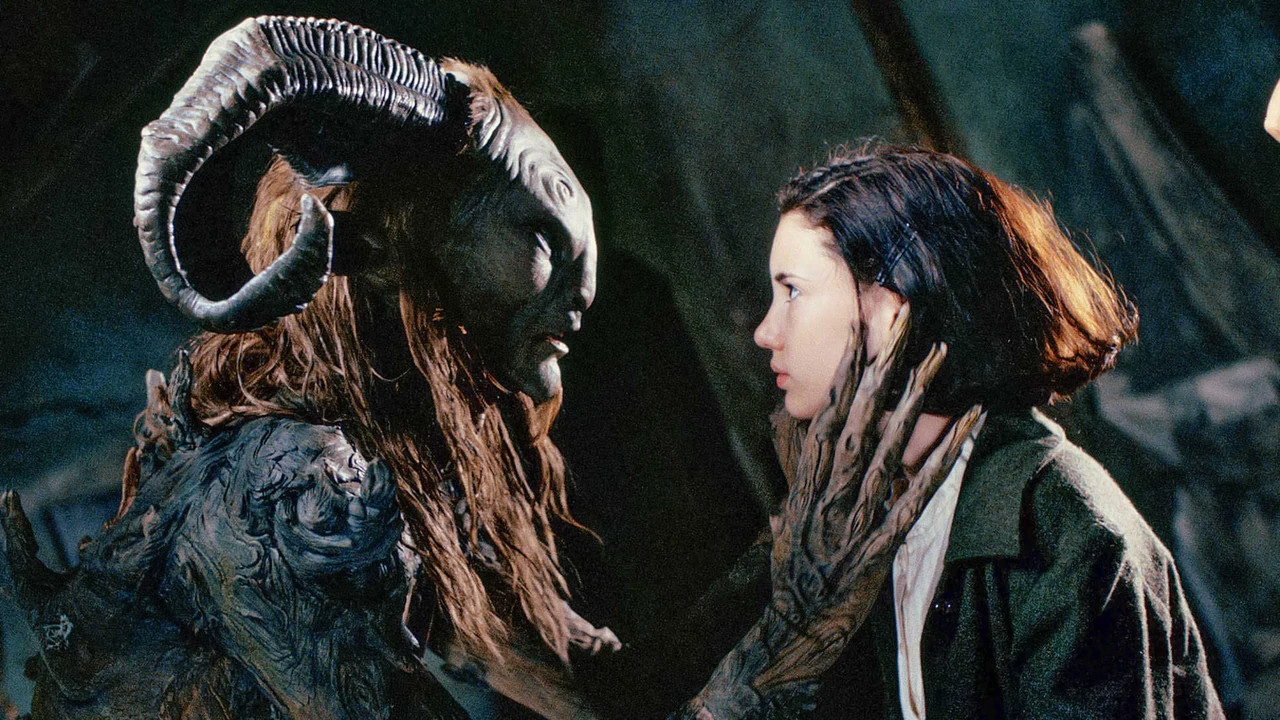 Another Guillermo del Toro project and arguably his most iconic, this film is a visual treat and a dark fantasy fairy tale full of quests and danger. It explores themes such as taking sides in a world torn by war, and no matter what side is chosen, innocence has no place. The film is open to interpretation as to whether the labyrinth is a genuine, true fairy tale come to life or an escapist fantasy to which protagonist Ofelia can escape to cope with her life at home.

What’s most jarring is that, even in a world full of dangers and grim encounters, the most sinister villain of the film is Ofelia’s stepfather, a cold, evil, authoritarian minion. This is no accident, either, with even as terrifying a menace as the infamous Pale Man leaving less of a villainous impression than a fascist. However, even in facing these villains and carrying out her quest, Ofelia’s self-sacrifice is debatable as to whether it is ultimately in vain. There’s a reason this film was added to the Criterion Collection, and you simply must check it out. 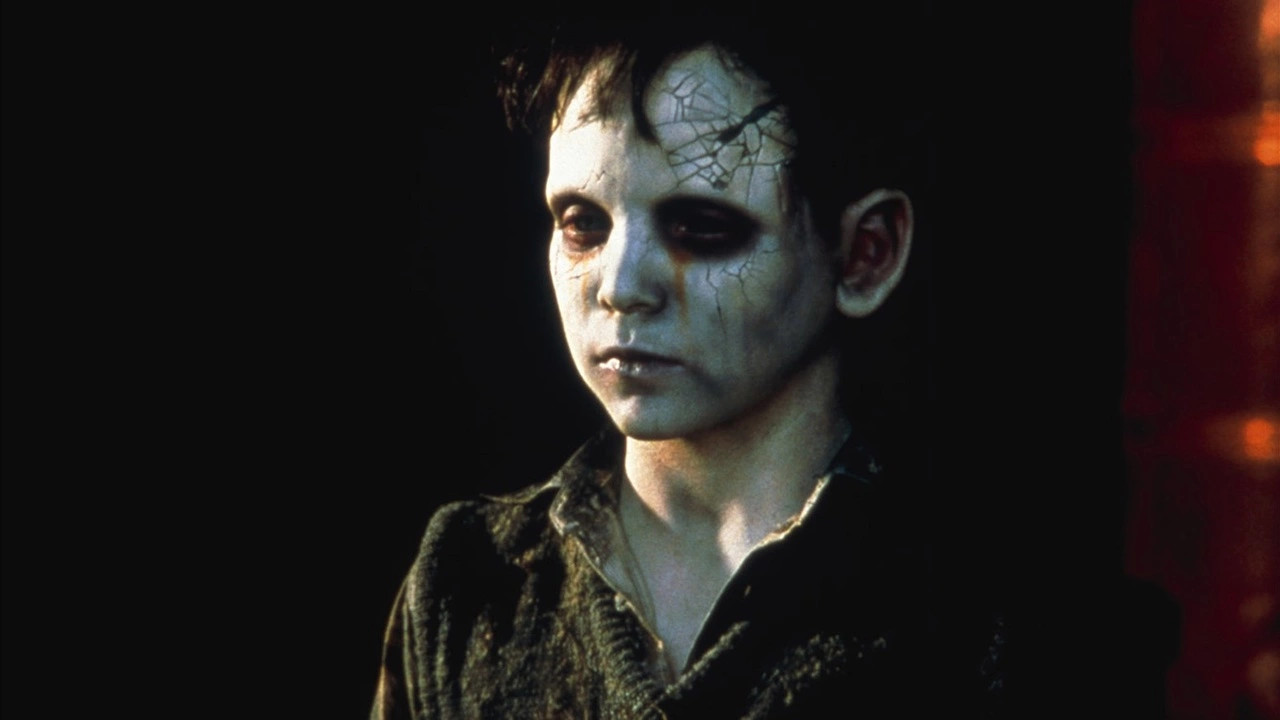 The Devil’s Backbone is one of the most interesting, genuinely scary films to come out of FrightFest, and certainly one of the best. It remains criminally underappreciated when weighed against more contemporary works by director Guillermo del Toro including Pan’s Labyrinth or The Shape of Water but its legacy is powerful. This film is another exploration of how evil is not to be feared as an external force, but as a real, human impulse. This also features more of the turmoil faced in Spain similarly to how it is portrayed in Pan’s Labyrinth, only this time it’s more to deal with the aftermath of the Spanish Civil War and the lingering anguish thereafter.

There is something strange to the quality del Toro brings to his filmmaking, being able to render a sense of wonder in an otherwise dreadful space while making poignant commentary. There’s no mistaking the quality of his work, and his taking 3 spots on this list alone are testament to just how powerful his presence is at the festival, and how accomplished he has become as an auteur filmmaker. For his films, each effort certifies the potential horror has for being a complicated genre, full of sadness, grief, wonder, and allegory, and without the need for cheap jump scares. 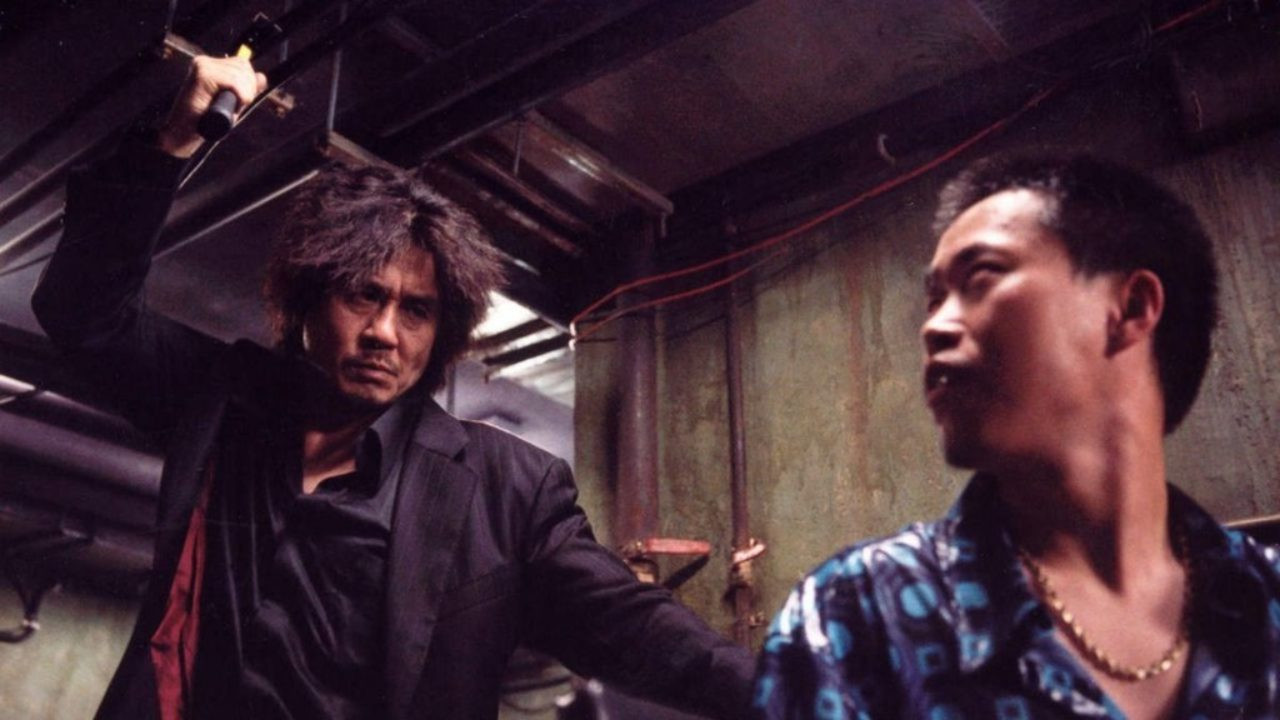 Revenge thrillers are hardly often critical darlings. Many are hits with the viewers, trendy box office treats usually starring a popular action hero with plenty of testosterone going around. But Park Chan-wook’s Oldboy is something special, a neo-noir revenge story that elevates the genre to the level of genuine artistic expression, while also remaining a pulse-pounding, powerful experience.  Everything about this film feels distinctly original and influential. Oldboy’s themes, and fantastic plot, riddled with complicated themes and a conflicting protagonist, are excellent discussion fodder for cinephiles, and the filmmaking techniques and conventions employed remained influential in the decades to come.

As for influential moments, we’re not even just talking about the famous hallway fight scene, to which you can draw multiple parallels such as in Daredevil’s Netflix adaptations. We’re talking about storytelling that is instantly gripping and sparks endless questions about what brought the characters to this point, such as an insane opening that has left a lasting impact on how storytelling in cinema should be approached. It is a neo-noir tour de force that is a must-see for cinephiles and those seeking incredible Korean filmmaking. And DO NOT mix this up with the attempted remakes, especially the disappointingly bad attempt by Spike Lee, who has had very few misses in his fantastic career.

Each of the listed films is accomplished work of art in its own right, delivering thrills, chills, and heady social commentary in some cases. To feature at FrightFest means to potentially have a film that can have a lasting cultural impact, with each of these films and their makers being remembered distinctly for works like these and the countless imitators they inspire.

Did any of your favorite FrightFest movies make this list, and which of these do you personally see as the best? Or perhaps you are looking more forward to upcoming terrors on the big or small screen? Either way, FrightFest is an event that has a little something for all sorts of fans seeking something new to watch and can occasionally host once-in-a-generation talent like those listed above.

Attack of the Fanboy / Entertainment / Best FrightFest Movies of All Time