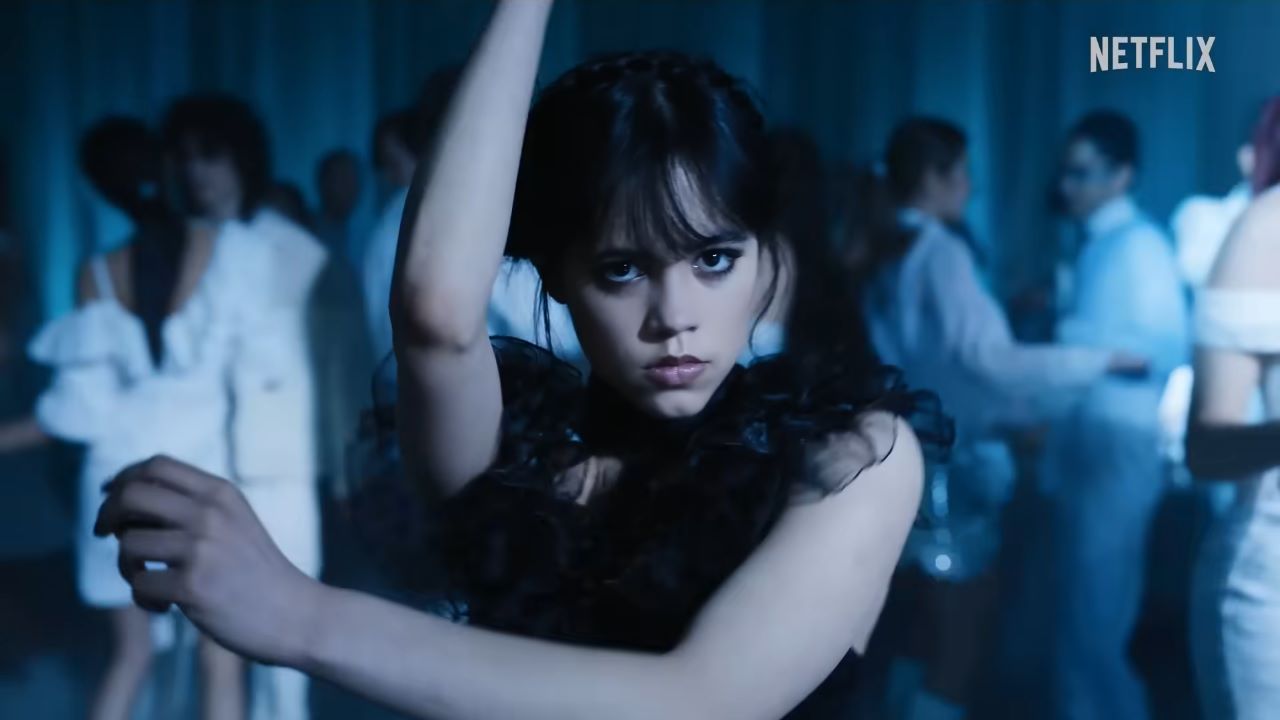 Wednesday has some incredible scenes situated all throughout the show and certain people may say that not many are more memorable than the dance scene with The Cramps’ song “Goo Goo Muck.” In my opinion, there are numerous reasons why the scene itself is a supreme expression of media art in one of its truest forms. While some may prefer to watch some of the best episodes from shows such as Doctor Who over newer shows, there should always be a thirst for discovering cutting-edge media. Wednesday ties together not just the bold and the new, but also the golden age of 90s films and Ortega’s masterclass choreography for the Wednesday dance scene is a reflection of these points.

Wednesday Addams (Ortega) takes the middle of the dance floor as we get to watch her start the impressive dance routine. Every detail of her character is expressed as they usher eyes onto them performing on the dance floor in an alluringly unique way. The blood-pumping tones of the song flow through us as we watch Ortega’s choreography shine in the spotlight with a radiant black dress guiding our attention as we watch the dance unfold. Every action that Ortega performs mirrors everything that we would expect from a real-life dance by Addams.

It takes skill to convey a character’s personality through words, subtle expressions, and the gorgeous ‘imperfections’ of a character. Yet it takes deeper skill to convey all of that through dance. It could take a lot of preparation, a lot of thinking, and a whole lot of trial and error. Although this is usually all done by an entire team of people pre-planning every single step. Jenna Ortega, however, choreographed the entire dance herself and it is an indication of her impressive talents as an actress. She commented in an interview that it was “very obvious I’m not a dancer or a choreographer” but for many, we could very well think it is one of the best and most memorable dances seen in media.

Music brings all of us together in one way or another. The implementation of a functional song during a scene when the events lend themselves to it can be a beautiful fusion of two art forms converging as one. “Goo Goo Muck” as a song choice for the dance scene in Wednesday was a perfect choice. This captures the undertones of Wednesday Addams as a character and can be said to be extremely catchy which makes the moment live on in people’s minds.

Certain scenes from movies that Quentin Tarantino has written are exquisite examples of a similar nature to Wednesday’s dance scene. Take the warehouse torture scene for instance from the 1992 film Reservoir Dogs which had the song “Stuck in The Middle With You” injecting upbeat tones to the scene. More often than not, in real life when people hear the first milliseconds of those guitar strings plucking away jauntily, they immediately are reminded of the scene. The same can be said for “Goo Goo Muck” always now reminding us about Ortega’s choreography in the dance scene from Wednesday.

More on Attack of the Fanboy :
Wednesday