Spooky month gets gloriously spooky characters including this classic. 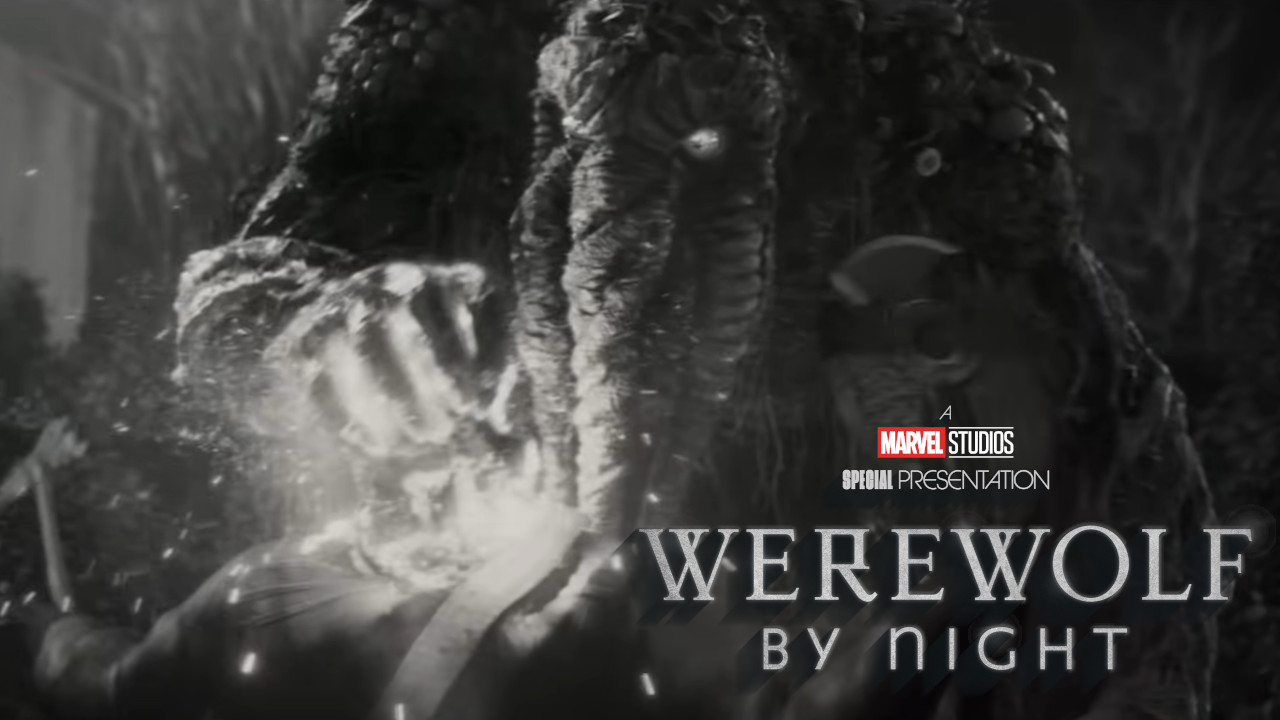 Man-Thing is an underappreciated Marvel Comics character, who, up until this point, had yet to receive a proper Marvel Cinematic Universe treatment. This is due largely to the greater horror elements of the character which, in the MCU, would not have fit in as well in previous years. This was in no small part thanks to the franchise cultivating a largely wholesome, PG-13-max catalog of film and television content, aside from its Netflix adaptations. But as the MCU continues to expand ever greater, new, bolder projects emerge, and in the case of an excellent-looking Werewolf by Night Adaptation, we’ll see Man-Thing Making His Debut, so Here’s What We Know! 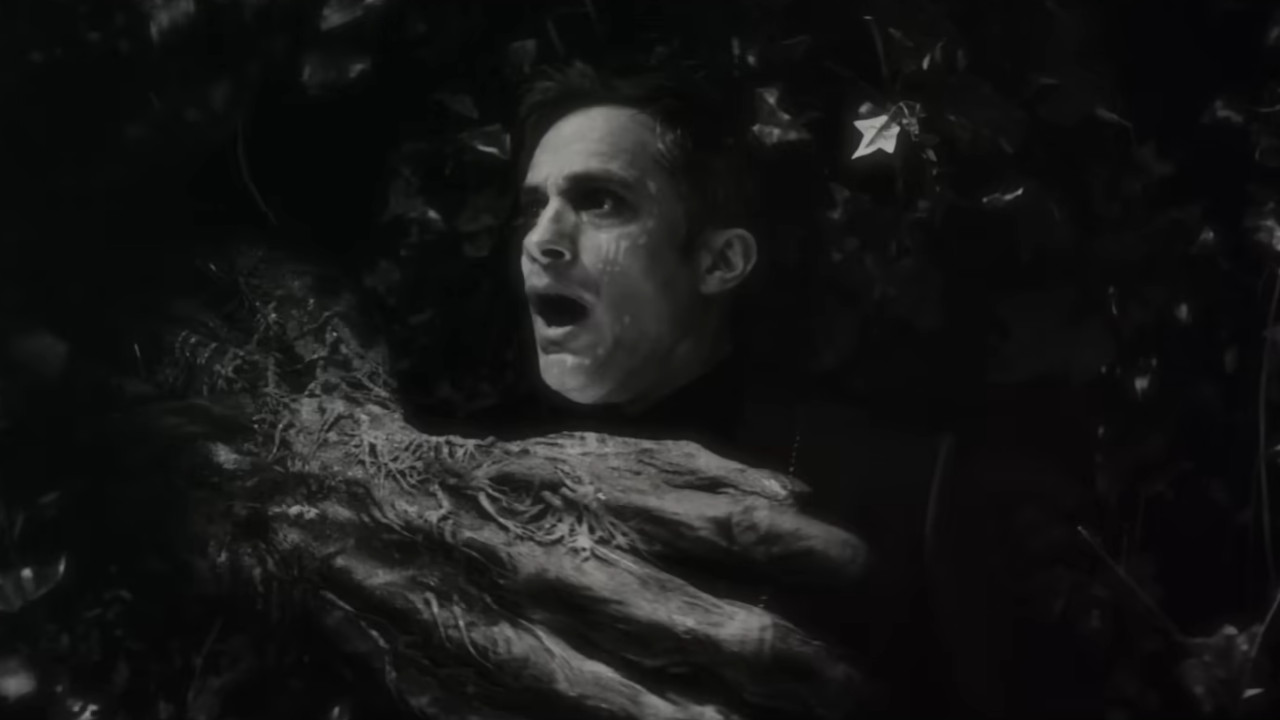 Man-Thing will be making his MCU debut on Werewolf by Night, a 60-minute special airing on Disney Plus, as a supporting character to Gael Garcia Bernal’s Jack Russell, who can transform into the special’s titular character. It features a secret society of monster-hunters, one of whom is secretly also a monster, as they try to survive the night amongst one another while competing for a yet unnamed relic.

The trailer for the Disney Plus special showcases a chaotic, spectacularly violent creature feature in the cheesy style of the classic Hammer productions. You might recognize that name, as it is responsible for several classic horror films including performances by Christopher Lee as Frankenstein’s Monster, the Mummy, and Dracula. Glimpses at other characters in Werewolf by Night include Elsa and Ulysses Bloodstone, but more notably, we see 2 brief, blink-and-you-miss-it appearances of the classic Marvel horror character, Man-Thing. This creature is noticeably more monstrous in appearance than the other characters teased in the special so far, so let’s dive deeper into who he is. 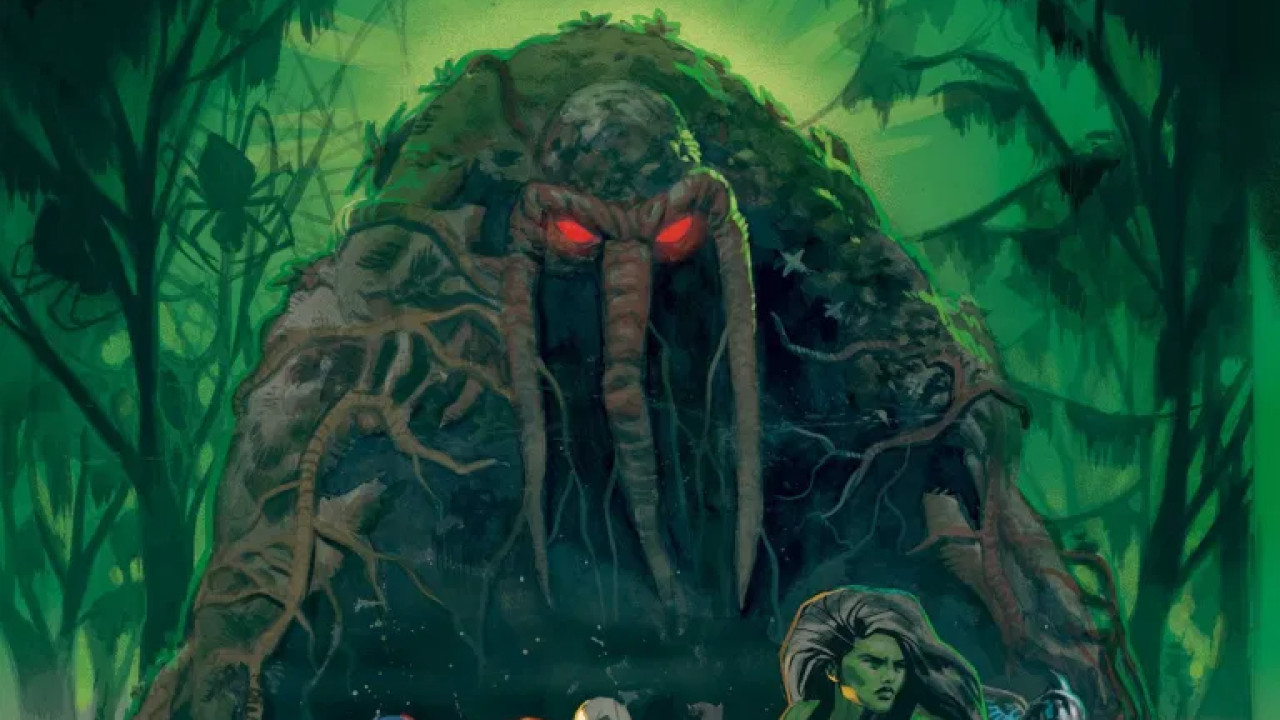 Man-Thing is a name for a race of Marvel horror characters, the first of whom being Dr. Ted Sallis, who turned himself into the beast by injecting himself with the SO-2 Serum and crashing into a mystical swamp. The SO-2 Serum, in some later context, was revealed not only to grant immunity to toxic biochemicals but also was linked to the Nexus of All Realities thanks to a bargain Sallis made with the Devil, Belasco of the Corrupted. This serum, along with the swamp’s properties, transformed Sallis into a hulking beast composed of plant matter, capable of a bonkers array of superpowers, including the following:

This set of abilities, along with his lack of human emotions, instead replaced by a plant matter-based empathic reaction to external emotion, helps set him apart from DC’s equivalent character, Swamp Thing. But perhaps most notably, his abilities to seemingly change reality and even travel to different dimensions makes for an interesting edge to the character and does explain the curious presence of the TVA in the Werewolf by Night trailer. Despite claims that Swamp Thing and Man-Thing are suspiciously similar (created within months of one another in 1971) but from rival publications, it should be noted that each likely stems from a prior inspiration, The Heap, first introduced in 1942.

Man-Thing’s role in Werewolf by Night is ambiguous still, but, given his abilities and legacy in the comics, this could be far from his only appearance, especially since the special is listed as sharing continuity with the MCU. We see terrifying glimpses of a rather comic-accurate design for the character, as well as some pretty strikingly violent moments, which suggest great things for those seeking more mature content out of Disney Plus’ catalog. But keep in mind, Man-Thing has also had his fair share of odd storylines, including teaming up with Howard the Duck and She-Hulk at points. What we do know is, that we’re in for a hell of a treat with this appearance.

This concludes our coverage of Man-Thing in Werewolf by Night! This should hopefully make for a better adaptation of Man-Thing over the maligned, terrible 2005 film by the same name. Man-Thing originally made it to the honorable mentions in our list of Marvel characters yet to hit the MCU, along with The Hood. This, along with other excellent announcements from the D23 Expo, has proven to be exciting glimpses at an increasingly bold MCU in Phase 4 and beyond. If you like this story, be sure to check out more like this in our entertainment column!

Werewolf by Night will premiere on Disney Plus on October 7, 2022, as part of Phase 4 of the MCU, just in time for Halloween.

Disney Plus MCU Werewolf by Night