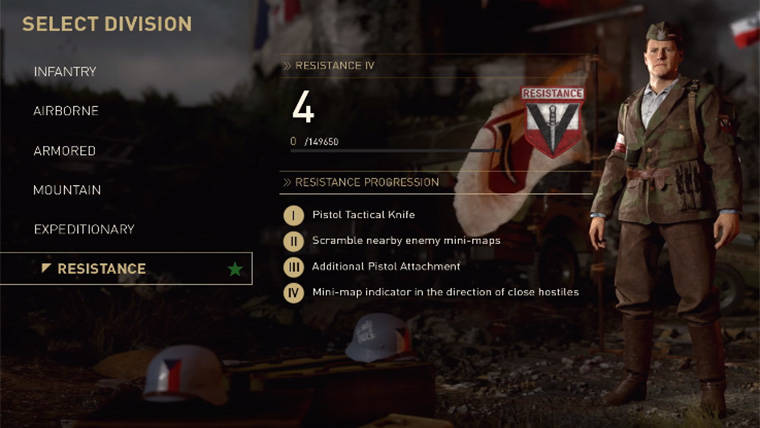 The upcoming Resistance Event for Call of Duty WW2 is getting ready to begin on January 23rd, and with it the Resistance Division will be added to the game.  From the looks of it, this new Division will be for those players who like to sneak around for stealthy melee and pistol kills.  The new Division has a unique list of perks that unlock for the character through progression and players will now have a new option when looking to build a loadout for online play.

The most notable features of this class include a tactical knife and extra pistol attachment.  In the most recent Call of Duty WW2 trailer these perks have been revealed.

As you can see, the Resistance class seems catered to those who want to remain undetected and sneak up on unsuspecting enemies.  Coupling these core perks of the Division and Basic Training perks like Flanker could make the Resistance class nearly invisible, while also giving this Division the ability to see the direction of nearby enemies.

The Resistance Division will be available on January 23rd as part of the Resistance Community Event for Call of Duty WW2.