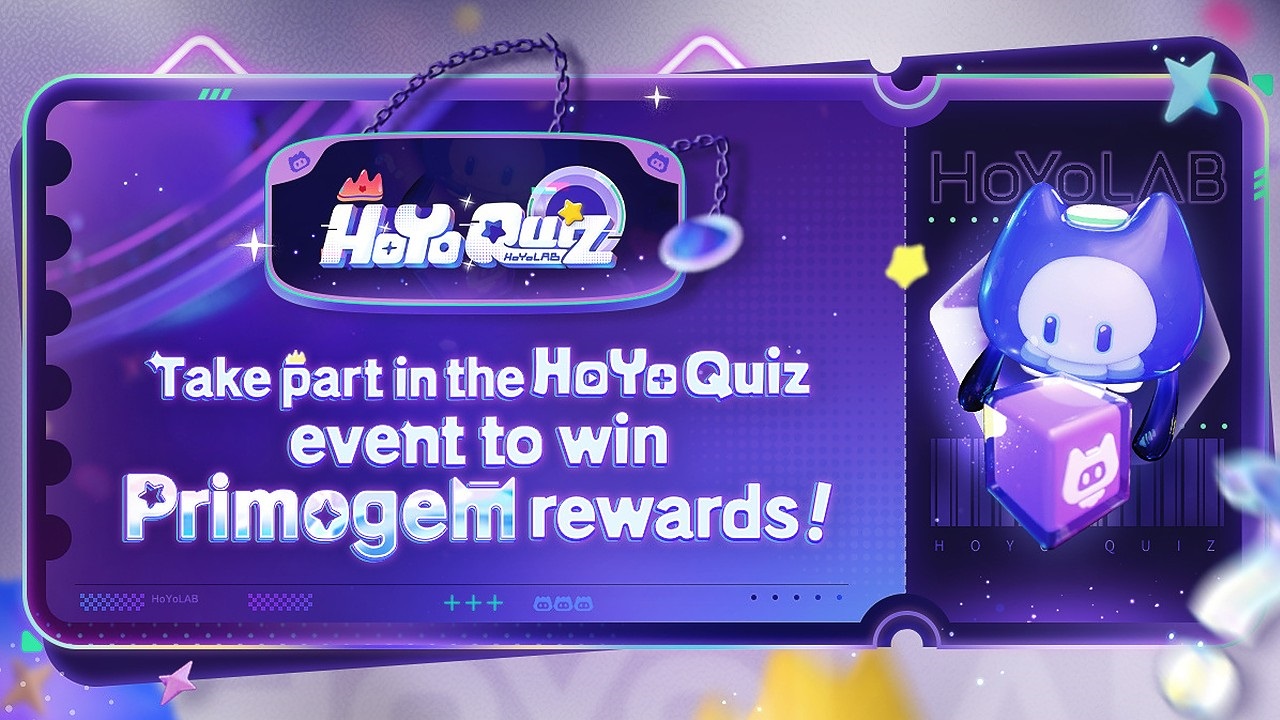 To players confident in their knowledge of Genshin Impact, Hoyoverse is hosting a series of guessing competitions entitled the Hoyo Quiz that will put such knowledge to the test. Hoyolab, the all-things miHoYo-related official forum has always made attempts to connect with its numerous player base by hosting community events, the rewards for participating or winning such events have come in all forms, ranging from physical goods to in-game rewards to beta test entries.

Community events hosted by Hoyoverse factored greatly into the early promotions for other Hoyoverse titles that have yet to be released. Games such as Honkai Star Rail and Zenless Zone Zero have all seen participatory community events that sought out player traffic and engagement in exchange for a dozen of beta test slots. And players have proven themselves glad to oblige, making posts on relevant threads for a better chance at getting into the next closed beta test.

Therefore, it is nice to see a community event with substantive portions being thrown the way of Genshin Impact players. The Hoyo Quiz is a real-time quiz competition that will feature participants answering 10 questions in total, with 15 seconds being given to answer each question. The winner at the very end can take back home a total of 1200 Primogems in maximum earnings, which would certainly come in handy considering the soon-to-arrive Sumeru and its batch of intriguing playable characters.

Though the website hasn’t specified the total amount of matches that will be hosted, players can expect to see each match announced beforehand, alongside the number of possible participants and Primogem prize pool. It is necessary to point out that this event can be played only on the Hoyolab App, and will disqualify absent or players that have left midway through the contest. It is advisable to attempt it with a decent internet connection to avoid encountering regrettable dilemmas. 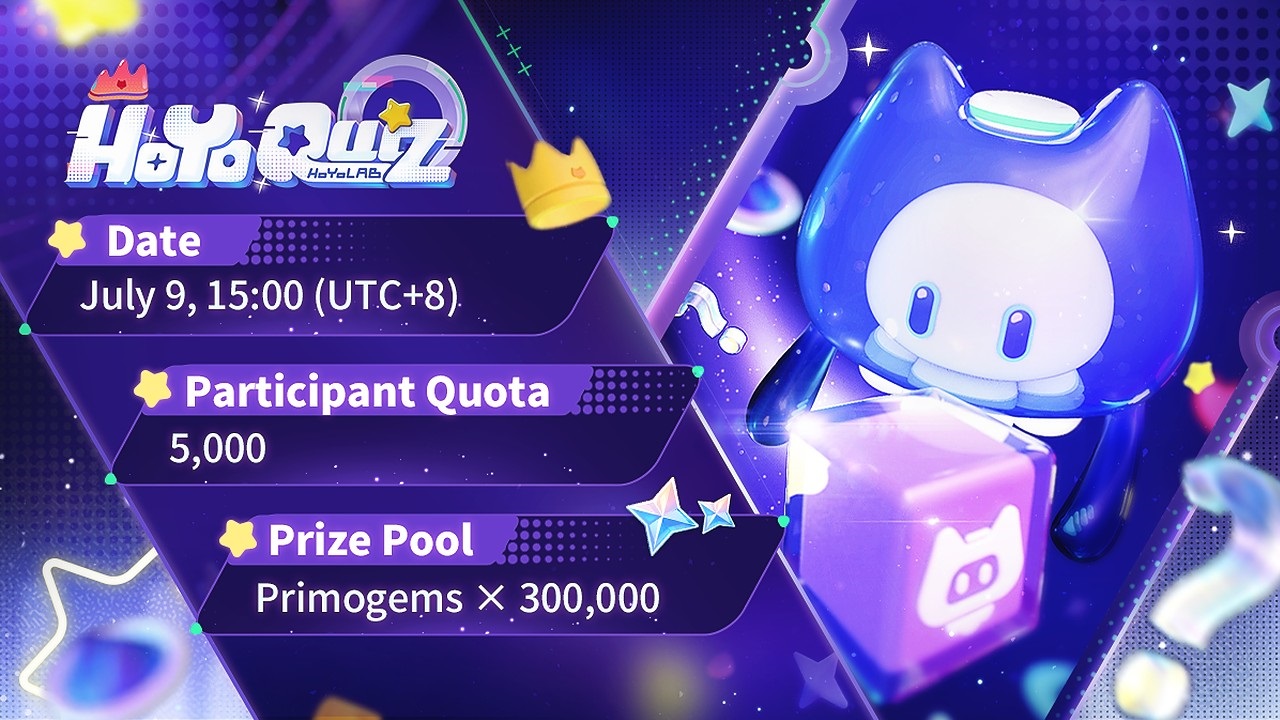 The first match will start on the 9th of July at 15:00 (UTC+8), allowing a total of 5000 participants while featuring a prize pool of 300,000 Primogems. Players who’ve made it to the event but didn’t get a participatory slot become audiences instead. They still have a chance of earning Primogems however if they fill an event-wide public participatory bar during the event, in essence entering themselves into a lottery system should the bar gets full.

The limited slots mean that players interested in competing might first have to go through a contest of refreshing the app and clicking quickly to earn a place on the roster, there is also the question of time zone differences which might lead to certain players staying up til midnight. Considering that Primogems is on the line, however, some people just might be willing to put in the extra effort.