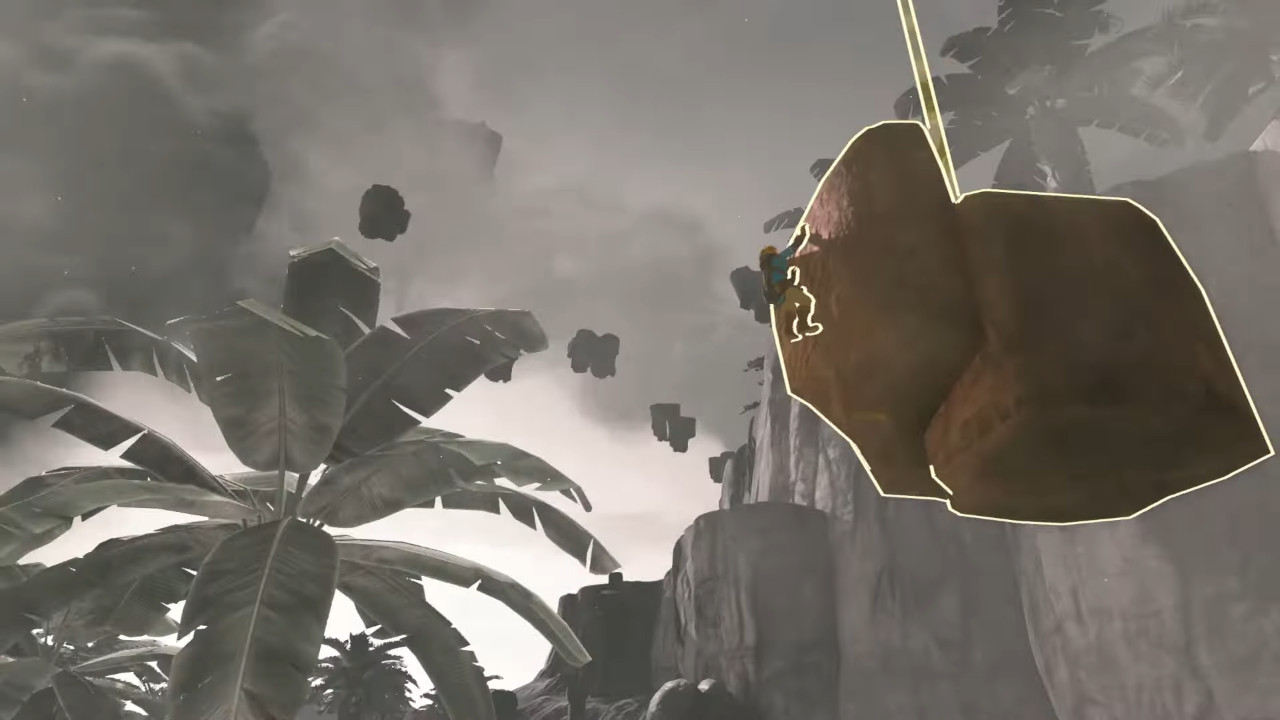 The Legend of Zelda: Tears of the Kingdom has been revealed as the title for the Breath of the Wild sequel. Highly anticipated for years at this point, this game has a lot of hype surrounding it, with people hoping it has the creative ingenuity and freedom of exploration to match or top the 2017 masterpiece. The game certainly appears to show plenty of promise, with the same mystery and wonder underscoring an increasingly massive world to explore, particularly with its new gameplay mechanics. One new feature appears to add to the physics-based Sheikah Slate abilities, with possibilities for players in the game to explore. Read on for our coverage of the New Sheikah Slate Abilities in Tears of the Kingdom!

The latest trailer for Tears of the Kingdom showed us glimpses at new features including a possible new glider and a Sheikah Slate ability which seems to turn terrain like boulders into a platform as part of an elevator. The limits and scope of this ability are not established yet, and whether or not this has to be connected to the land, or can reach a certain height in the sky, is yet to be determined. It appears to reach various stages of height as you reach markers while you ascend, so this could indicate units of distance or levels to which you can upgrade this ability.

What Can the Sheikah Slate Lift Ability Do?

Along with scaling enormous heights with ease while even just latched on the side, it’s yet to be determined if you can stop mid-ascent, whether you get launched at the end, or if it is meant to reach the cliffs above. Thanks to shenanigans discovered by players of the original Breath of the Wild, it could make for some hilarious fun if you’re able to mix this ability with the Stasis ability, such as for log-surfing from greater heights than ever before. Of course, since this is only speculation, take everything stated here with a grain of salt.

The Legend of Zelda: Tears of the Kingdom will release exclusively for the Nintendo Switch on May 12, 2023.

The Legend of Zelda Tears of the Kingdom

Attack of the Fanboy / Gaming / The New Legend of Zelda: Tears of the Kingdom Sheikah Slate Abilities Open Up Several Gameplay Possibilities