All Health Pack Locations in Oasis in Overwatch 2

No more spamming "I need healing" on Oasis. 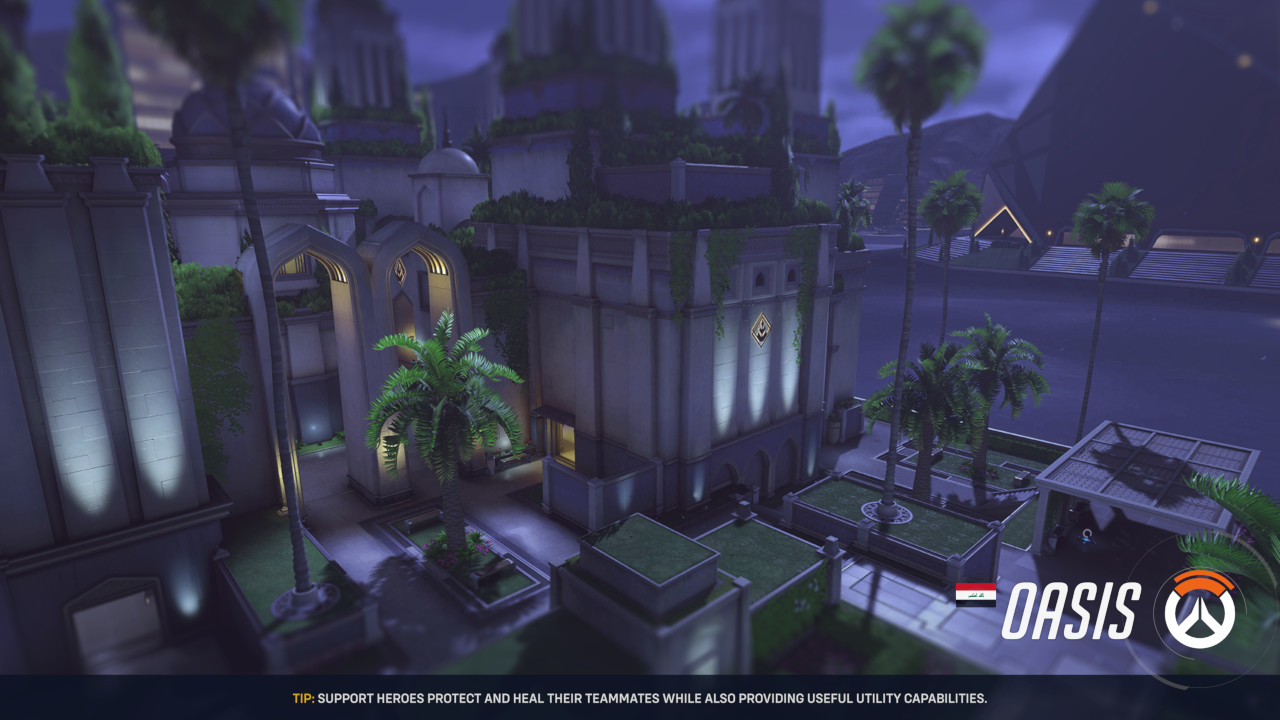 Overwatch 2 has been out for a while now, and despite a rocky launch, the game is now in full swing. In fact, on October 14th, Blizzard announced that 25 million players had played the free-to-play sequel in just ten days, which is a huge start.

If you’ve played Overwatch before then you’ll be familiar with the iconic “I need healing” voice line that every character can say to alert the team’s support class players to their needs. In a pinch, it might be easier for you to find one of the health packs scattered across every map in the game, but where are they? Oasis is one of the maps you will be playing the Control game mode on. In this guide, we will show you the location of every health pack on all 3 stages of the Oasis map.

Where are the Health Packs in Oasis in Overwatch 2?

Remember that the layout for the Oasis map is horizontally symmetrical, so depending on what side of the map you start the game on, you may have to adjust the right/left directions.

For the purposes of this guide, we are starting at the bottom of the map. All directions will be reversed for players who start at the top, and you will be able to determine which side you are on by whether our instructions and screenshots match what you can see.

Both teams can find the opposing team’s health packs in the same place as their own, on the opposite side of the map.

Oasis’ Garden stage has 10 health packs in total, with four on either team’s side of the map, and two in the center. 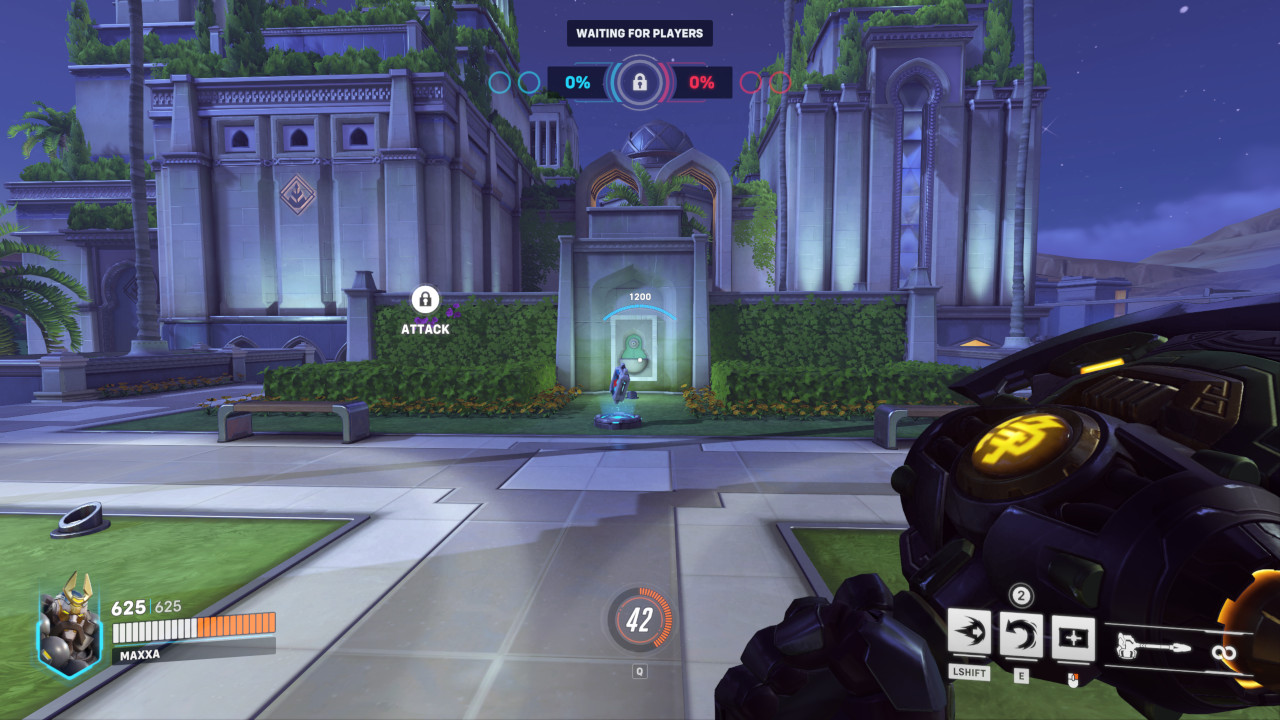 This first health pack is easy to find. Simply walk forward from the spawn point exit and the pack is waiting for you up ahead. 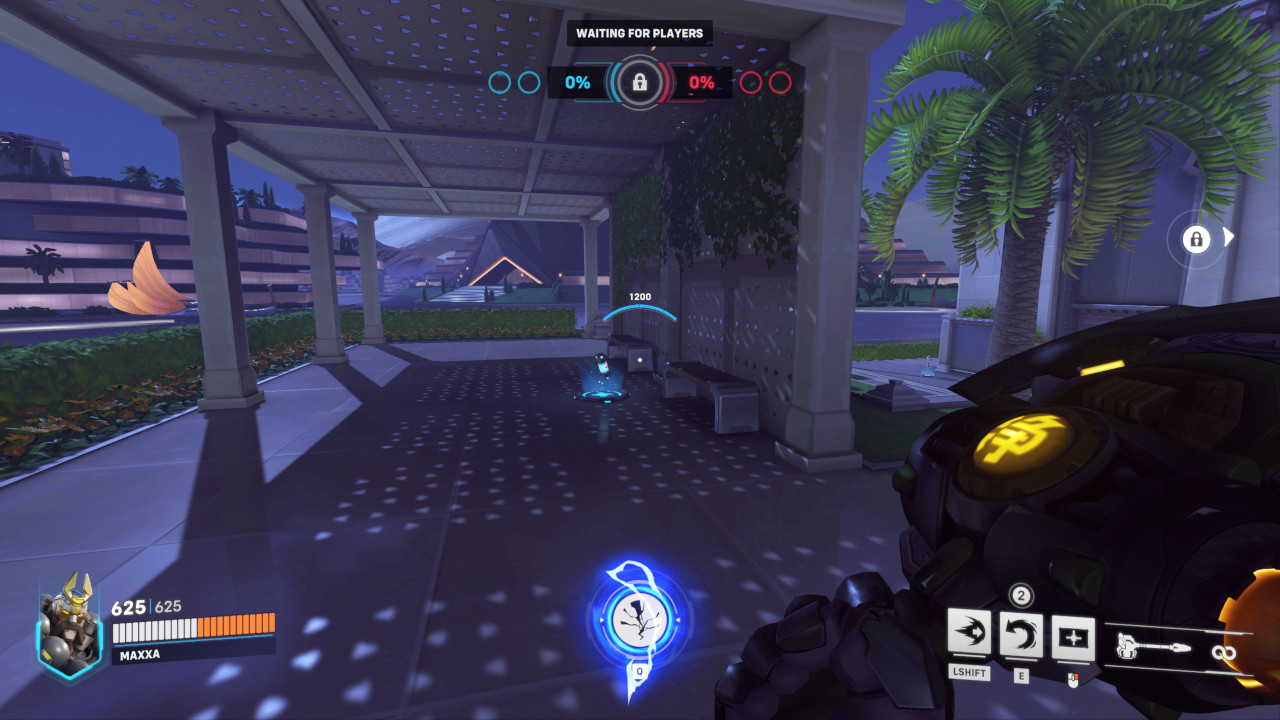 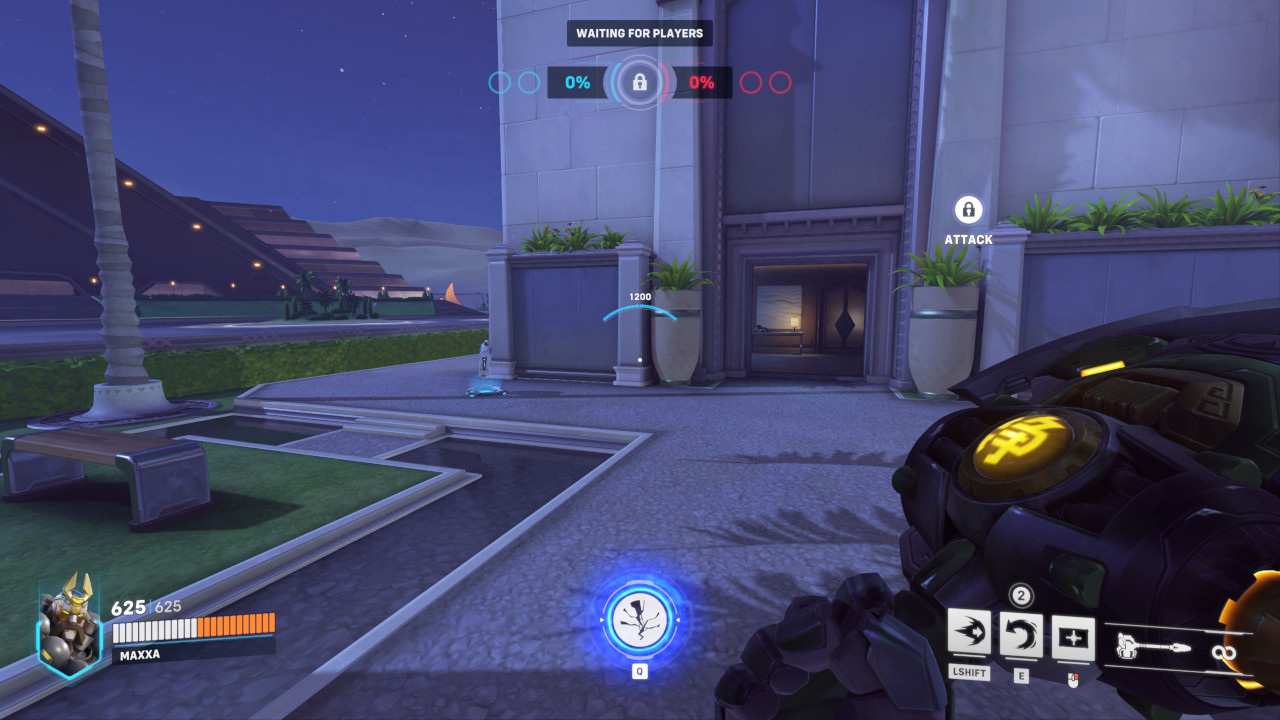 Continue past the second health pack and take a right, down the next set of stairs. Here, the third health pack is waiting for you just to the left of the path. 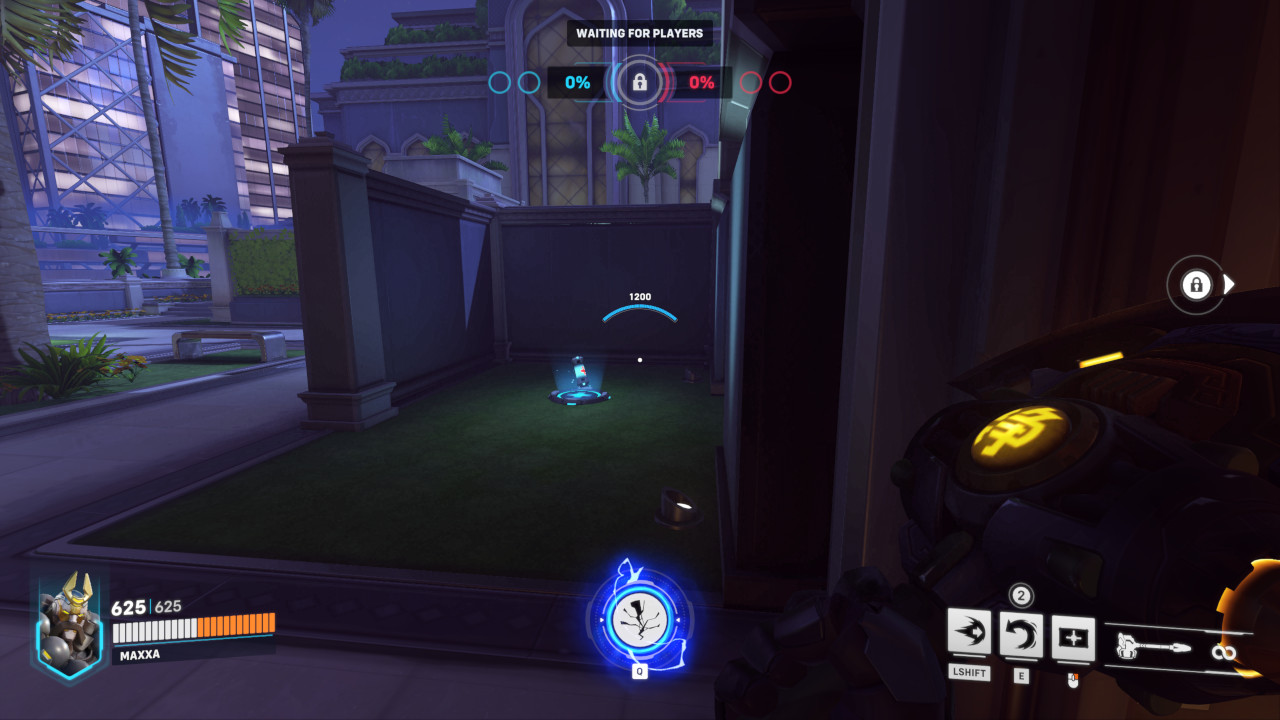 The next health pack can be found by turning right and entering the building, up the stairs. Keep moving forward toward the center of the map, weaving through the building’s exit on your left. The fourth health pack is tucked in the small grassy area directly to the right of this exit. 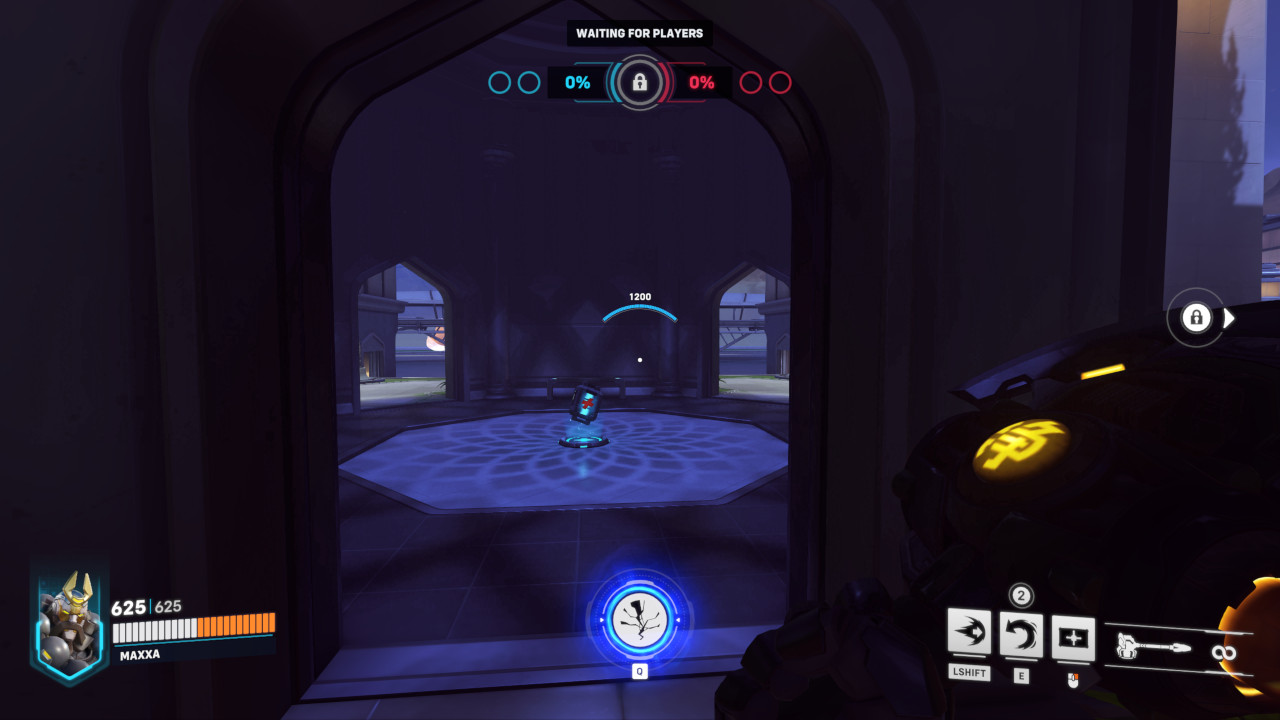 Turning left and under the tall arches, you will be met by a large, circular building in the middle of the map. In the center of this building, you will find the fifth health pack. This health pack is shared for both teams, so there might be a bit of a fight for this one. 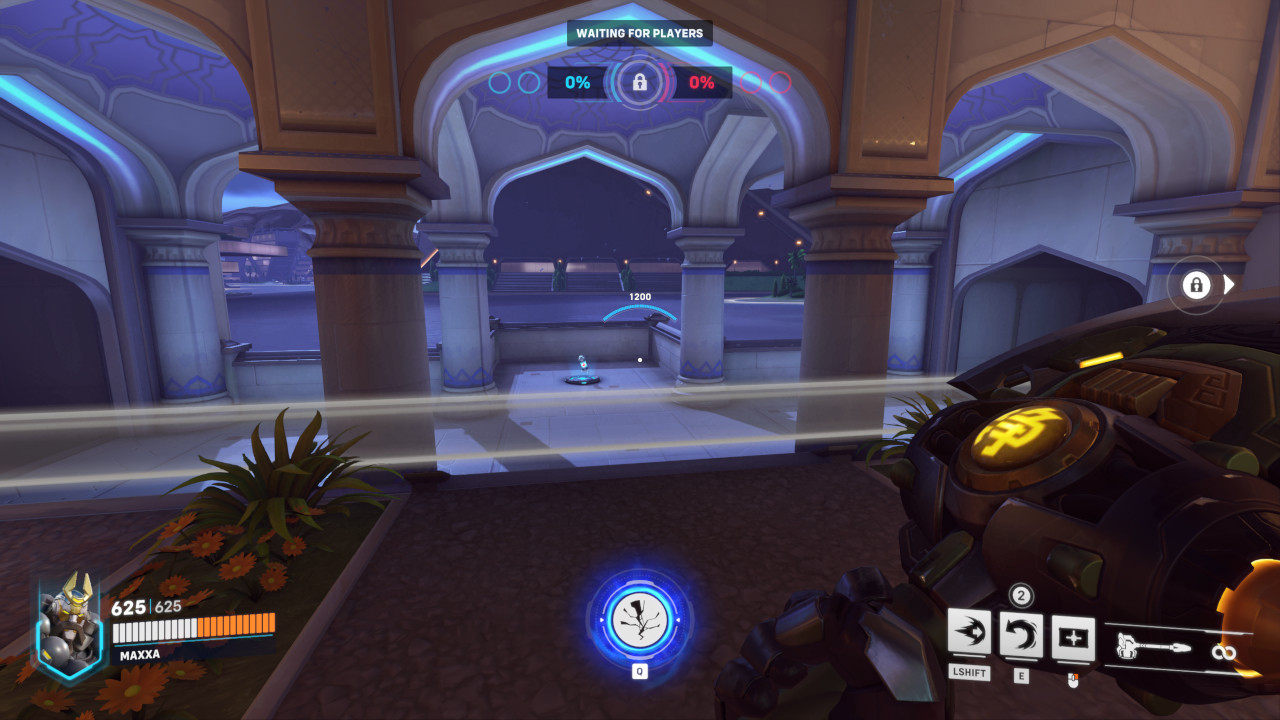 The sixth and final health pack is bound to be another hotly contested item, as it is on the far side of the control zone. Leaving the circular building from before the way you came in, walk through the control zone and towards the covered area at the back. This health pack is waiting for you, with a lovely view to complement it.

Oasis’ University stage has nine health packs in total, with three on either team’s side of the map, and three in the center. 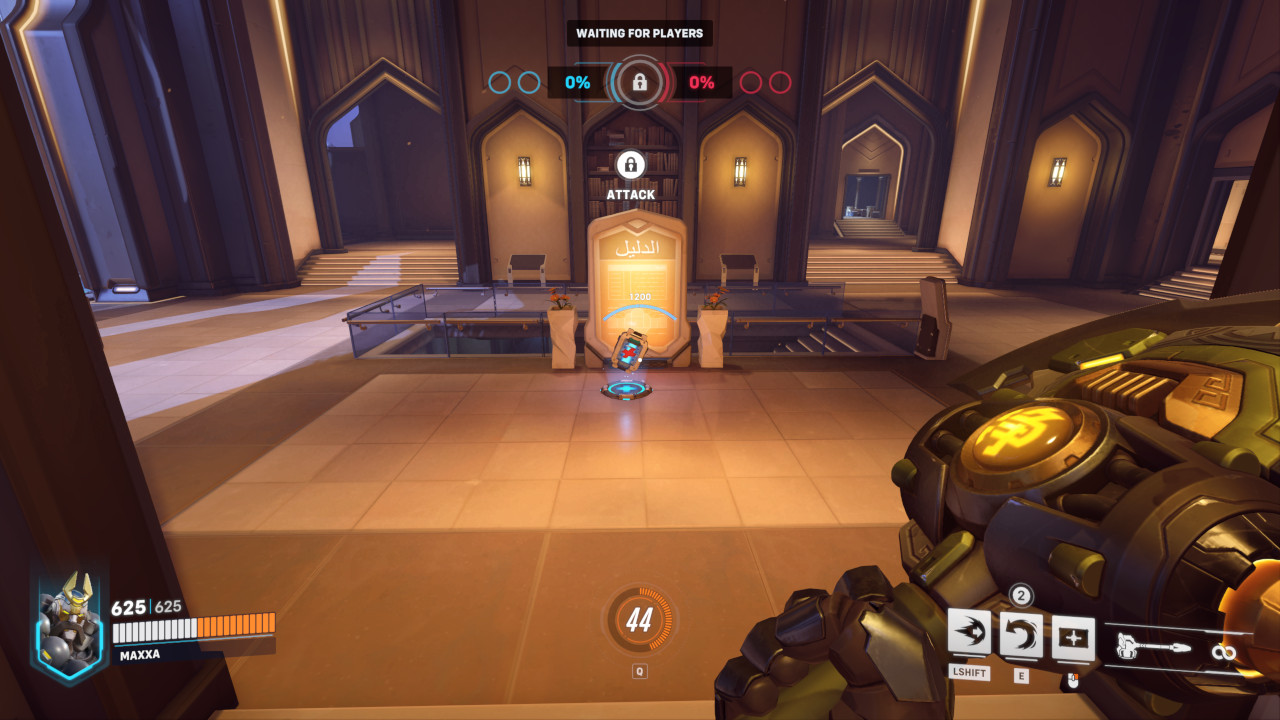 After leaving the spawn area, head straight and go past the first sign. Head down the stairs directly ahead of you and find the first health pack waiting for you. 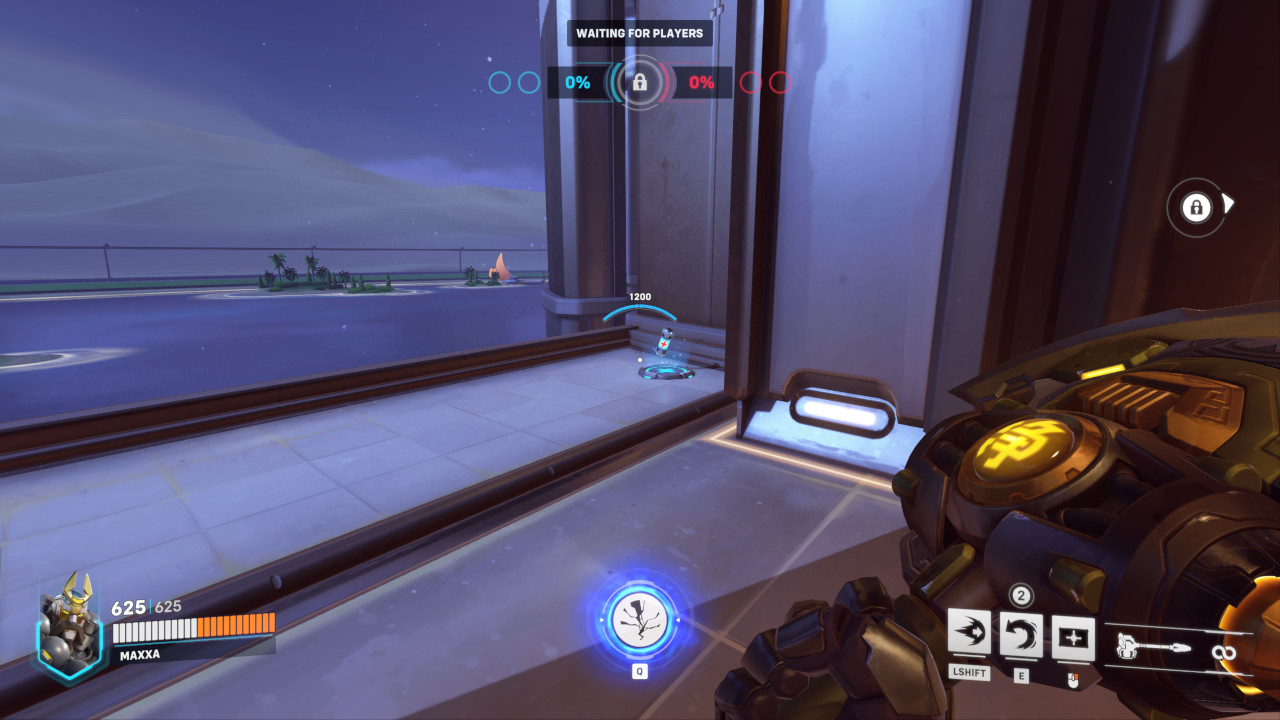 From the first health pack, turn left and head out to the balcony area, where the second health pack will be waiting for you in the far right corner. 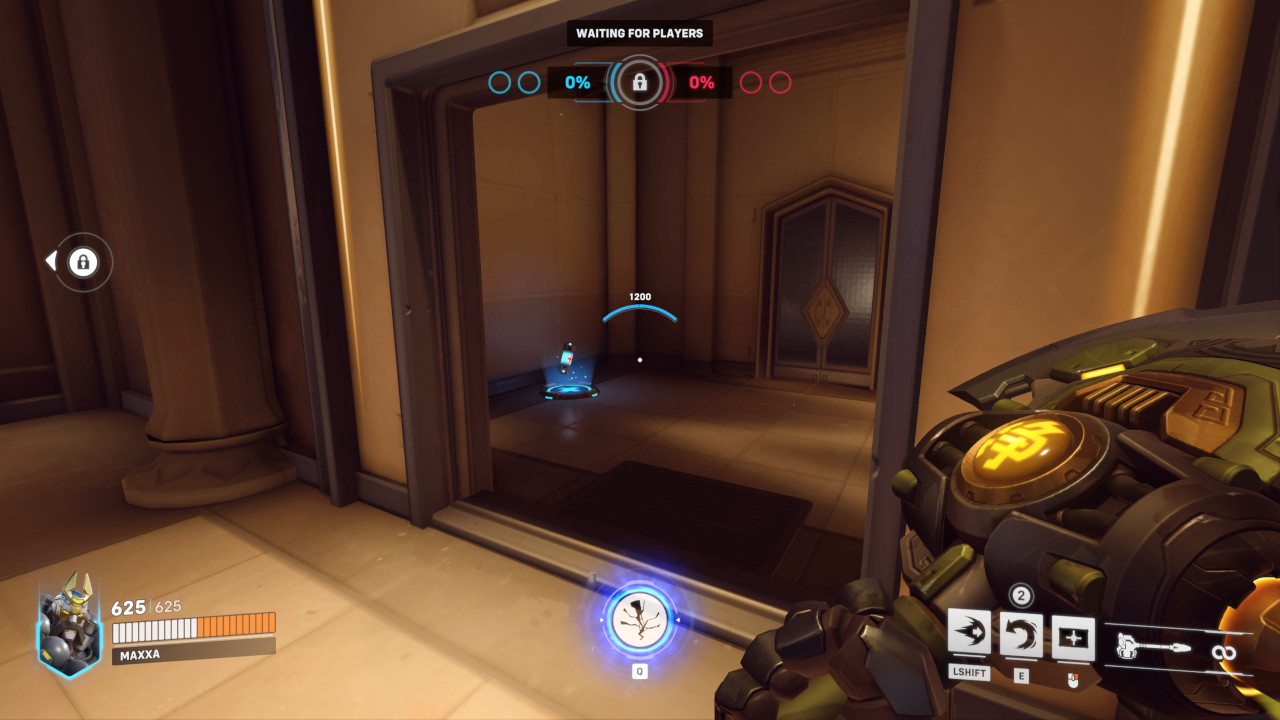 Head back indoors and move toward the center of the map. Ignoring the stairs on your left, turn right and walk past two signs and towards a small room with an elevator inside it. The third health pack is in this room, to the left. 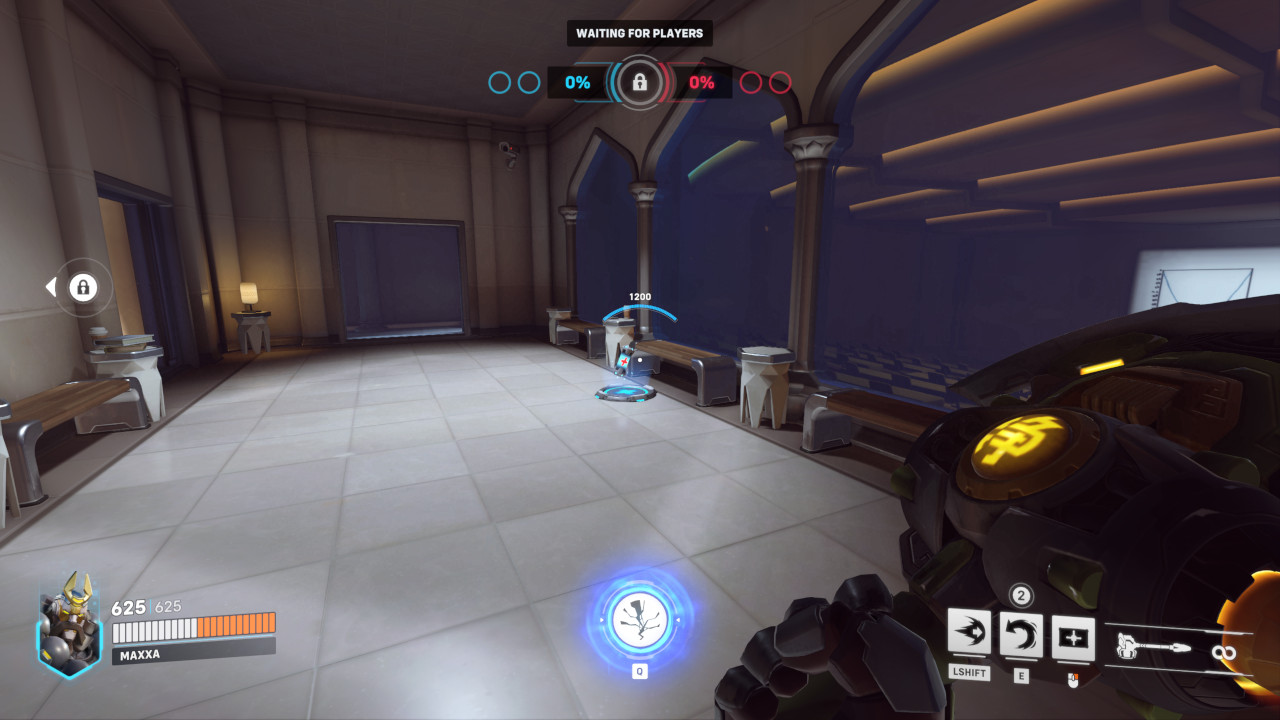 Leaving the room with the elevator via the way you came in, there is a set of stairs leading to a door, directly to the right of you, that houses the fourth health pack. Be warned, this one is in the center of the map and could be contested. 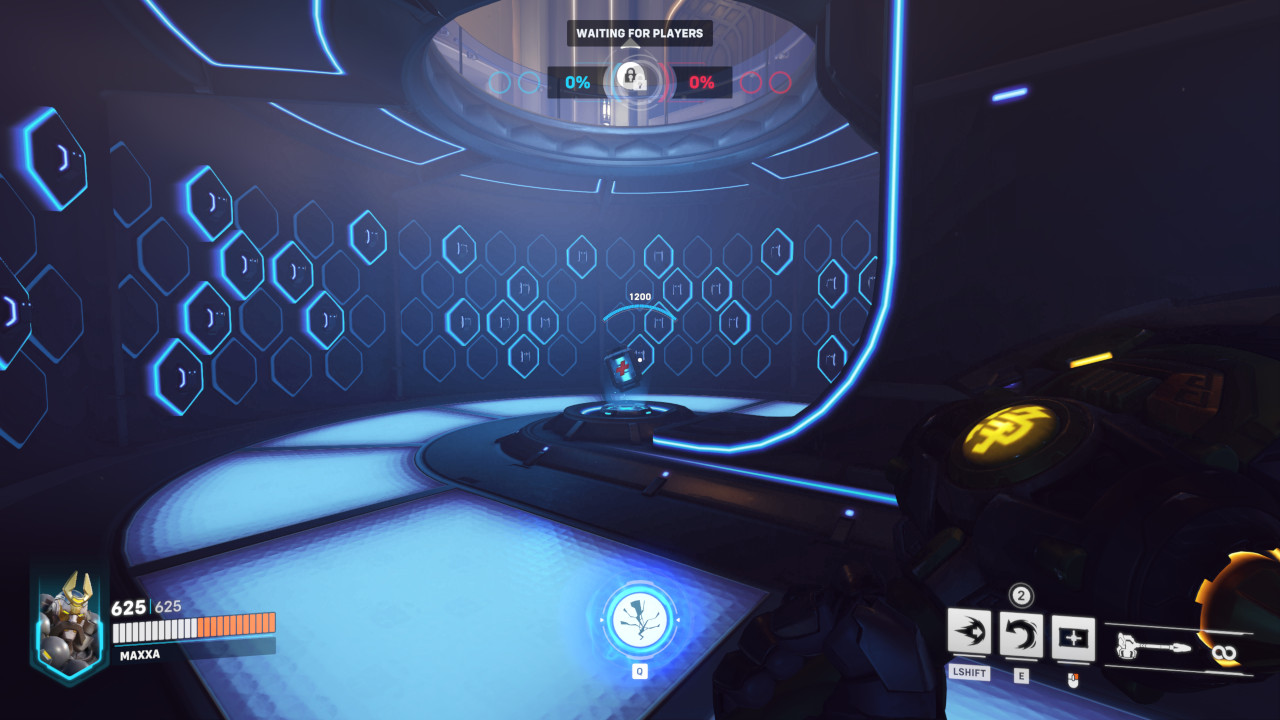 The fifth health pack is in the very center of the map, right in the middle of the control zone. However, to access it you will need to access the lower floor of the map. You can simply jump down the hole to grab it, or you can access it by going through one of the two walkways that are visible on the far wall of the control area. A third option to reach this health pack is to travel via a set of stairs behind the first health pack, close to your spawn area. 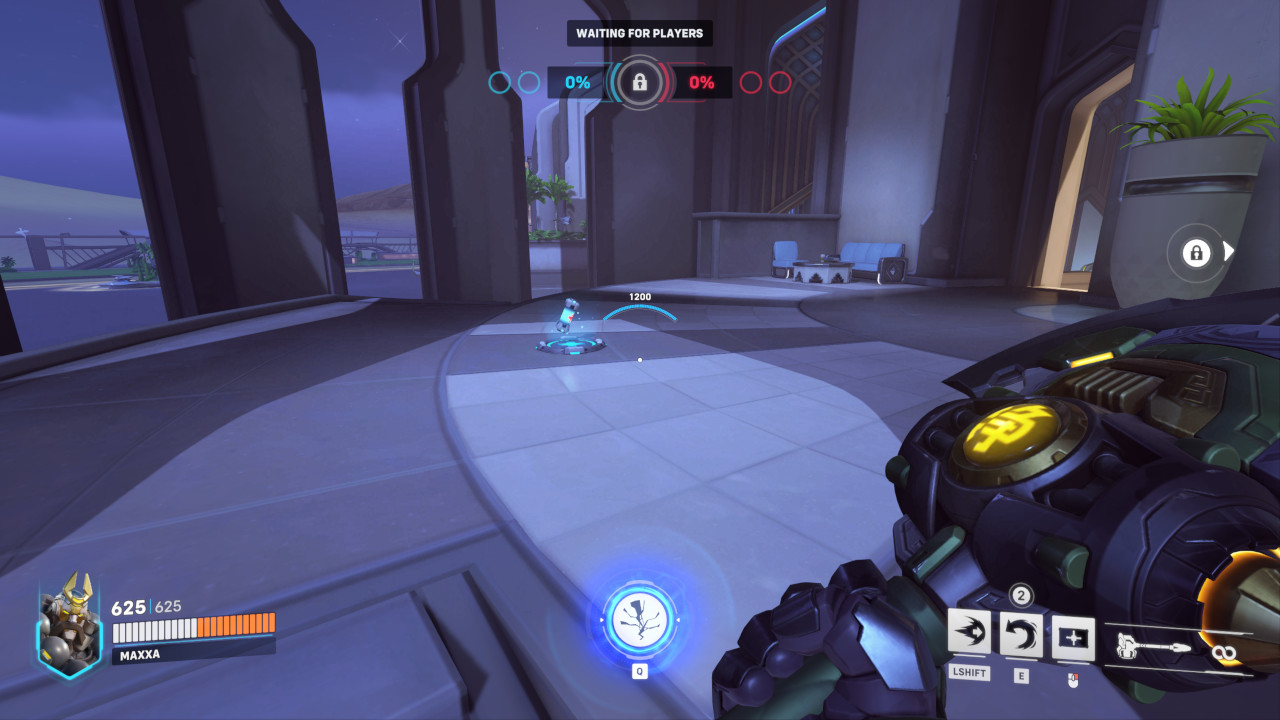 This is another health pack directly between both teams’ spawn areas. It can be found by following the stairs that are found just outside of either end of the control zone, the stairs we told you to ignore earlier in this guide. Climb these stairs to find the sixth health pack waiting at the top.

Oasis’ City Center stage has ten health packs in total, with four on either team’s side of the map, and two in the center. 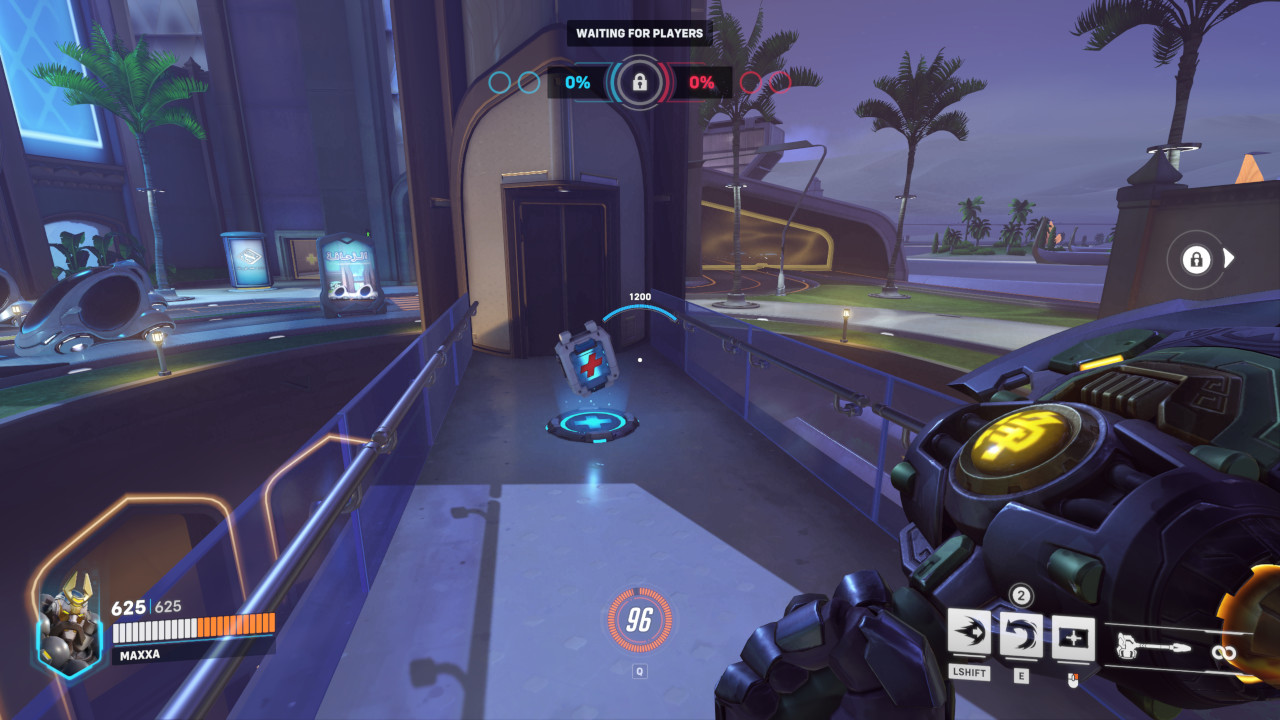 After leaving your spawn zone, you will see a large hole directly in front of you with a pillar coming out of it. Walk around the hole in either direction to get behind that pillar, then turn towards it and see a small walkway. The first health pack is there. 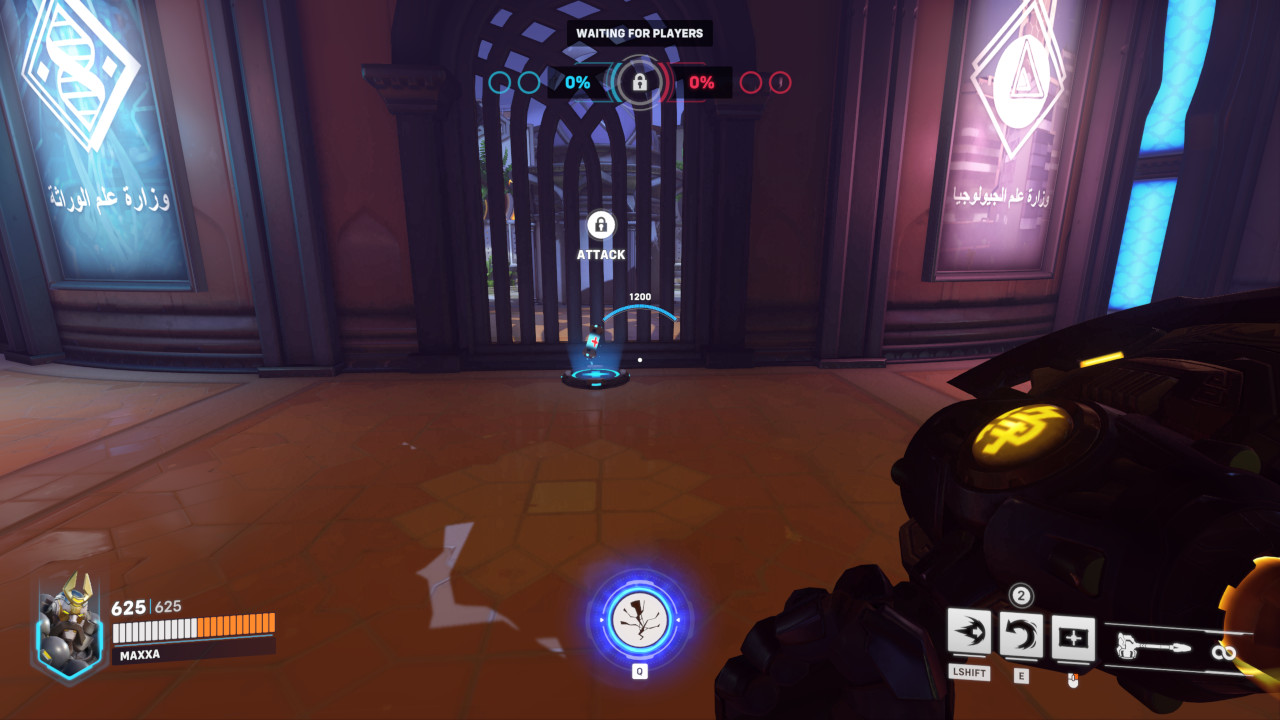 Turn back on yourself 180 degrees and head up the stairs in front of you. The second health pack is situated just ahead. 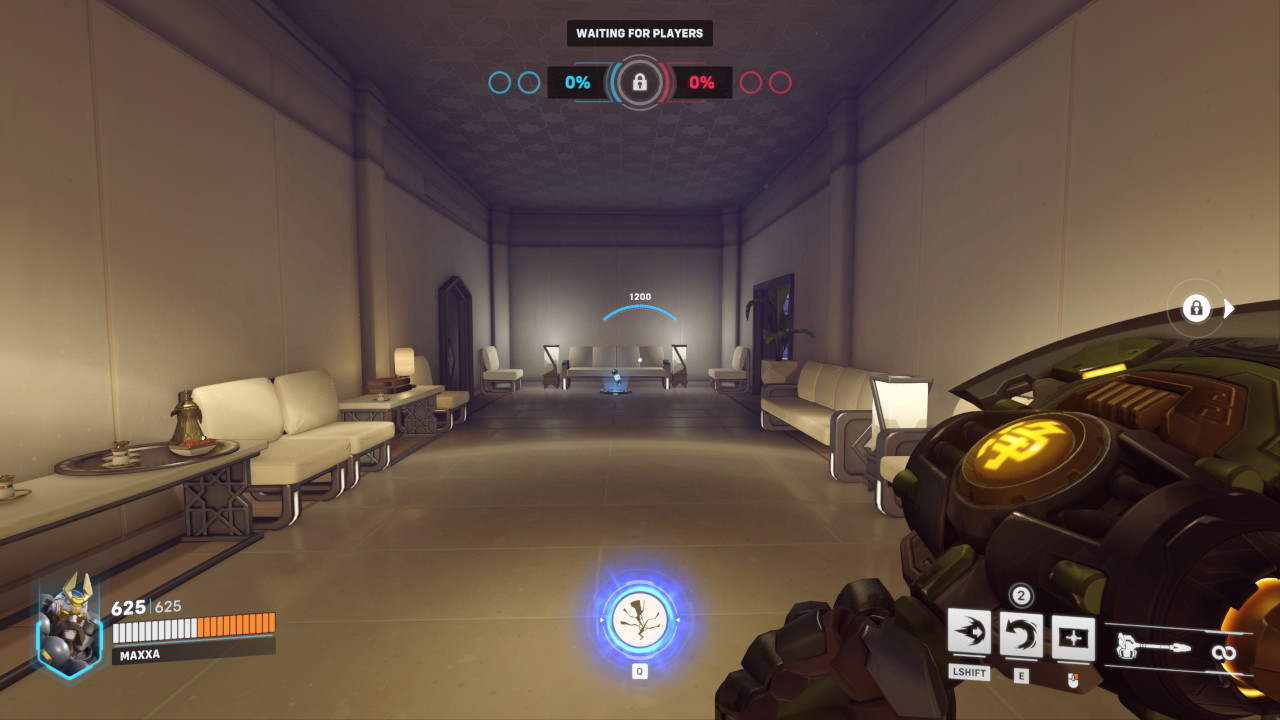 Look to your left to see a room with white walls and sofas. The third health pack is at the back of this room. 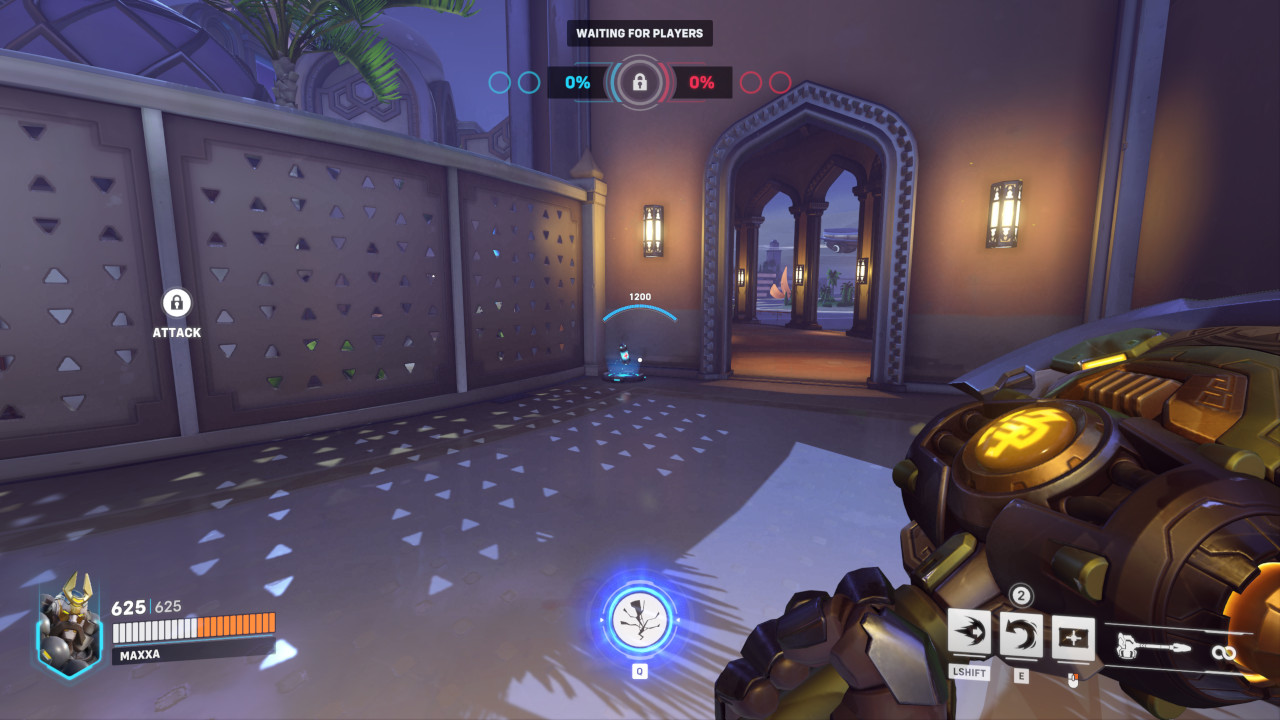 Turn back around and walk through the curved corridor, past the second health pack, and through an archway on your left. The fourth health pack is visible as you walk in, next to another smaller archway. 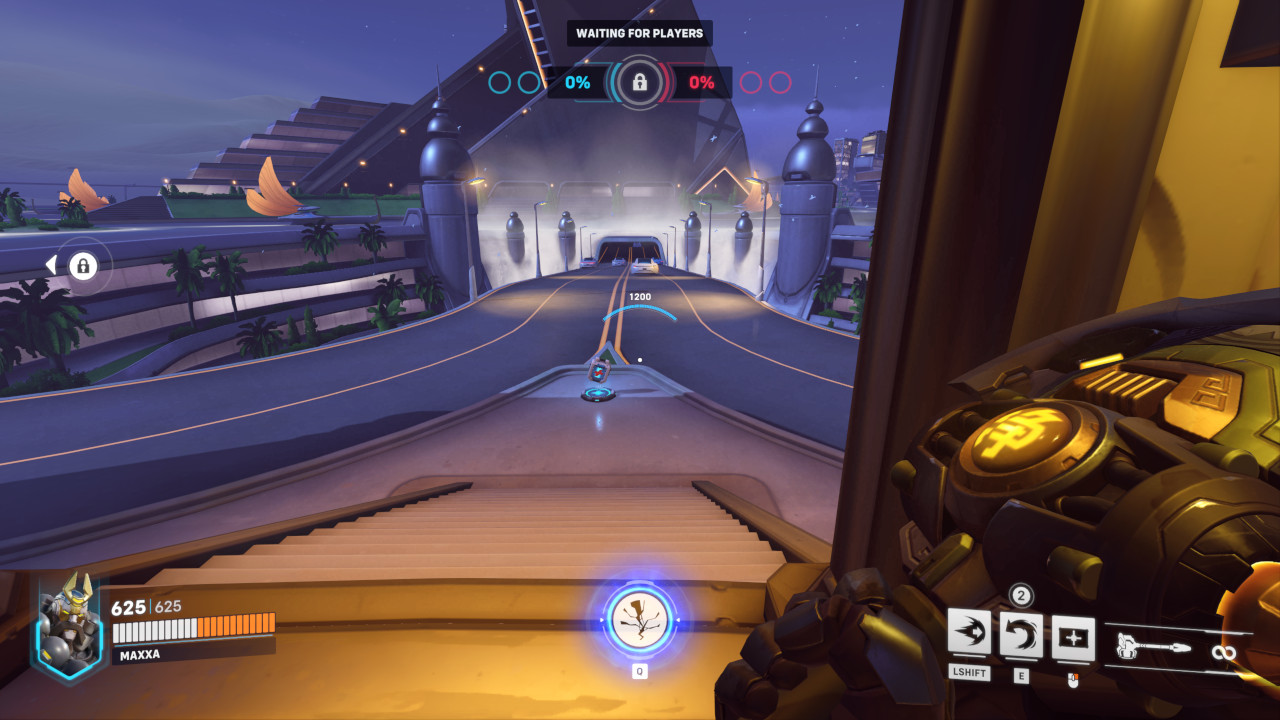 Walk through the smaller archway next to the fourth health pack and follow the curved corridor around slightly until you see a gap in the glass railing on your right. Here, just in front of the road, is the fifth health pack. 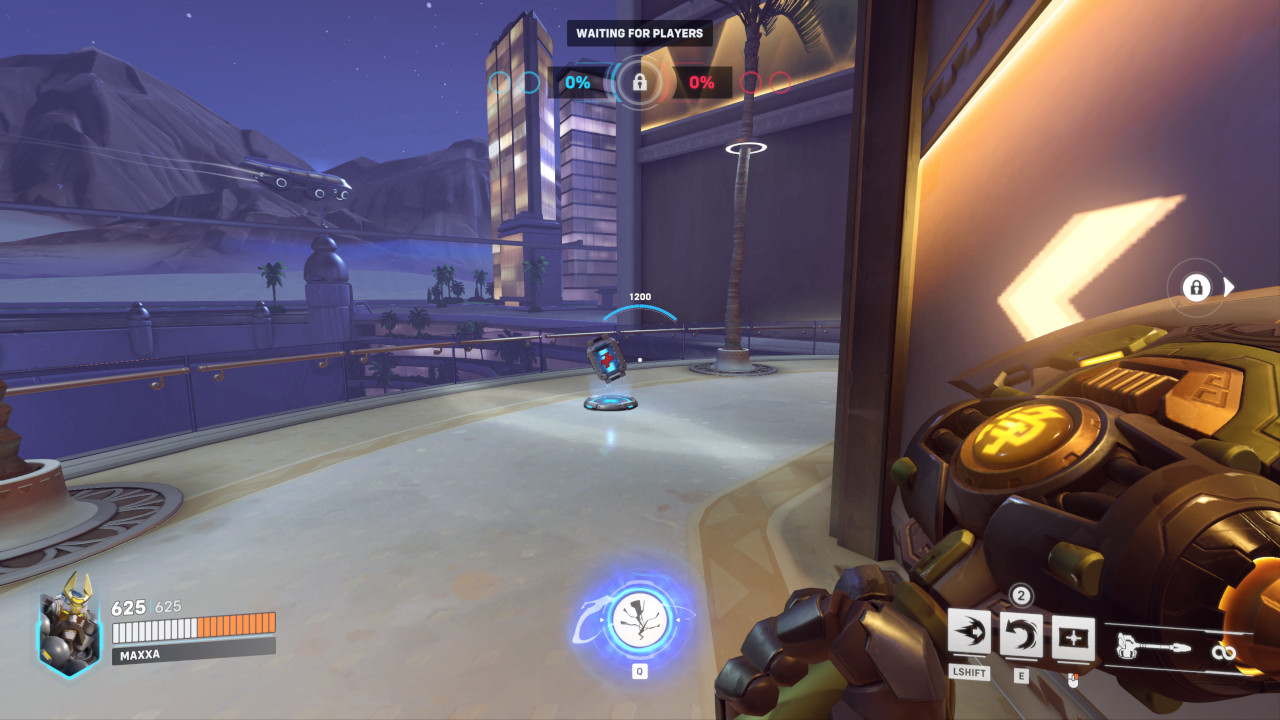 Turn around and walk directly through the control zone, through the small hut in the middle, and out to the other side. Here you will see a large structure with a jump pad logo on it. Follow it round to find the sixth health pack in front of the jump pad’s entrance.

With this information at your fingertips, you won’t need to rely on your team’s support players quite as much when you’re stuck in a firefight. If you find yourself in constant need of health, maybe it’s time to brush up on the best counters for every hero in Overwatch 2?