You have a month left to catch these rare creatures 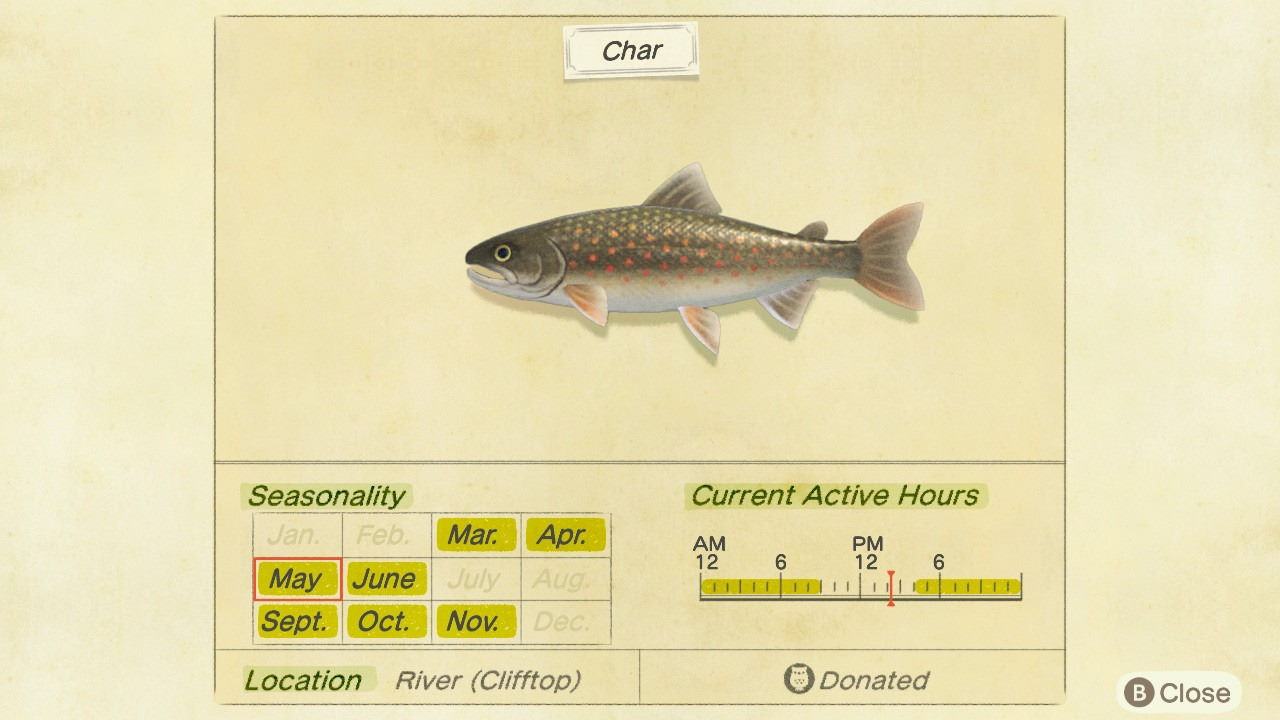 The start of a new month in Animal Crossing: New Horizons is a pretty joyous time. New events are around the corner, or already happening, seasons change, and the fish and bugs available to catch get all mixed up. New ones are added (see all the new ones for June here), but also some have to leave. Of course, if you’ve already caught them and donated to the museum, you can relax a bit. But for those still seeking some, here’s all the fish and bugs leaving in June in Animal Crossing: New Horizons.

Some big changes are in store for the northern hemisphere, where bugs that have been floating around since launch are starting to leave. A lot of those common butterflies will be gone by the end of the month, so if you somehow still haven’t donated one, be sure to grab it while you can. The toughest challenges will likely be the cherry salmon and char, if you haven’t gotten them yet. Be ready to do a lot of fishing on the cliffs if you still need them.

And thankfully that’s all the fish and bugs leaving in June in Animal Crossing: New Horizons, there are no bugs leaving the southern hemisphere for the month. So not the biggest list this month, but there’s still some on there you’ll definitely want to catch before they’re gone.